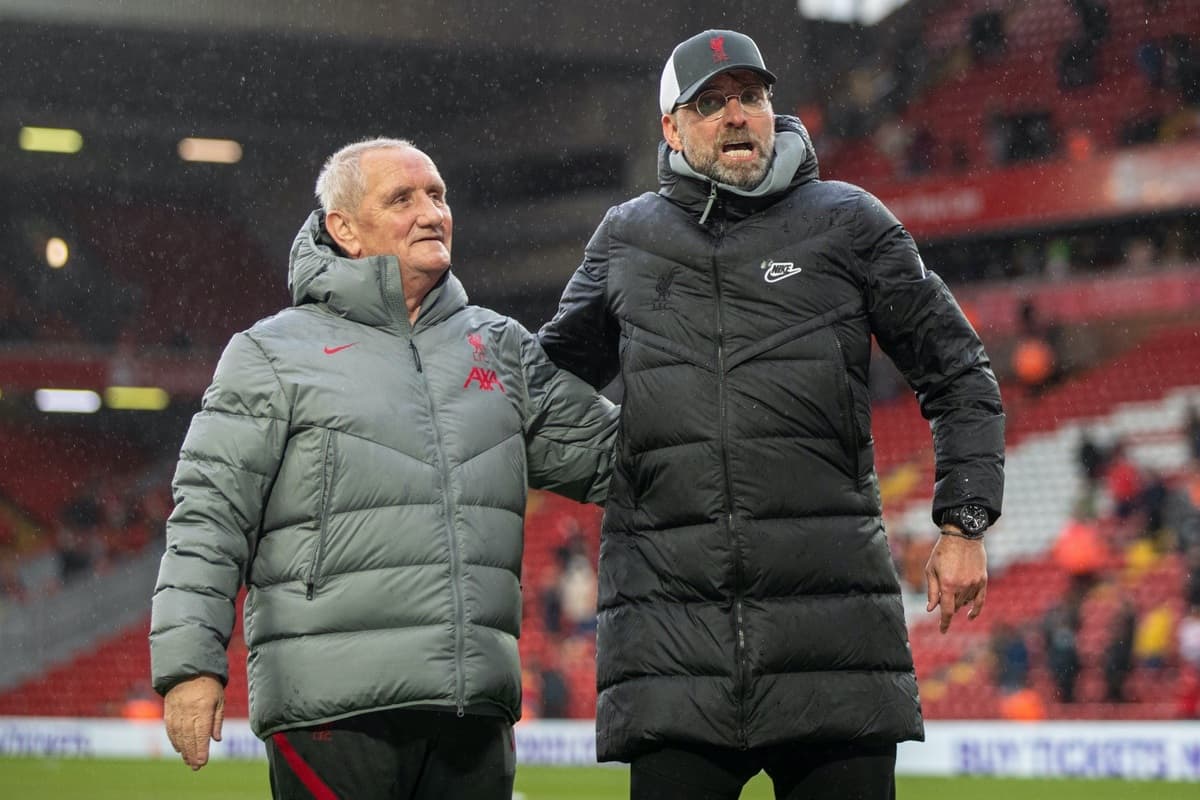 Gini Wijnaldum wasn’t the only one to receive a legend’s farewell as Liverpool also showed their appreciation for “the best kit man” Jurgen Klopp has ever had in Graham Carter.

Carter first joined Liverpool Football Club in the 1970s as a coach driver before becoming a mainstay at Melwood in 1999, when the Reds were under the tutelage of Gerard Houllier – imagine the stories he could tell!

And after 35 years as a permanent fixture at the club, Carter is to retire from his position as the Reds’ kit man and he received a classy send-off on the Anfield turf on Sunday.

A guard of honour was formed out of the Anfield tunnel following the 2-0 win against Crystal Palace, and an emotional Carter received the adoration of the players, coaches and staff.

He was presented with a Champions Wall plaque, like Wijnaldum, from which he has been present for more than 20 trophies that adorn the honours list.

And Klopp was full of touching words and respect as he paid tribute to an incredibly “important person” for the club, who he took with him on the lap of thanks which included his famous fist pumps to the Kop.

“What a guy. What an important person for LFC. I will miss his pre-match hugs like you won’t believe. Graham loves a holiday so I think we will miss him maybe more than he misses us.

“But I can’t wait to see him at Anfield as a supporter, with his grandchildren. They can be so proud of their grandpa for what he has done in his career.”

Jordan Henderson‘s tribute was similarly classy, as the captain noted it is people like Carter who “make this club what it is.”

“A special goodbye to Graham Carter who has been kit man for over 30 years and an incredible servant to this football club,” Henderson penned.

“People like Graham are what makes this club what it is and I wish him the happiest retirement.”

On a day of celebration, that Carter could be honoured in the way he was was incredible to see after more than three decades walking alongside the team. A class act.