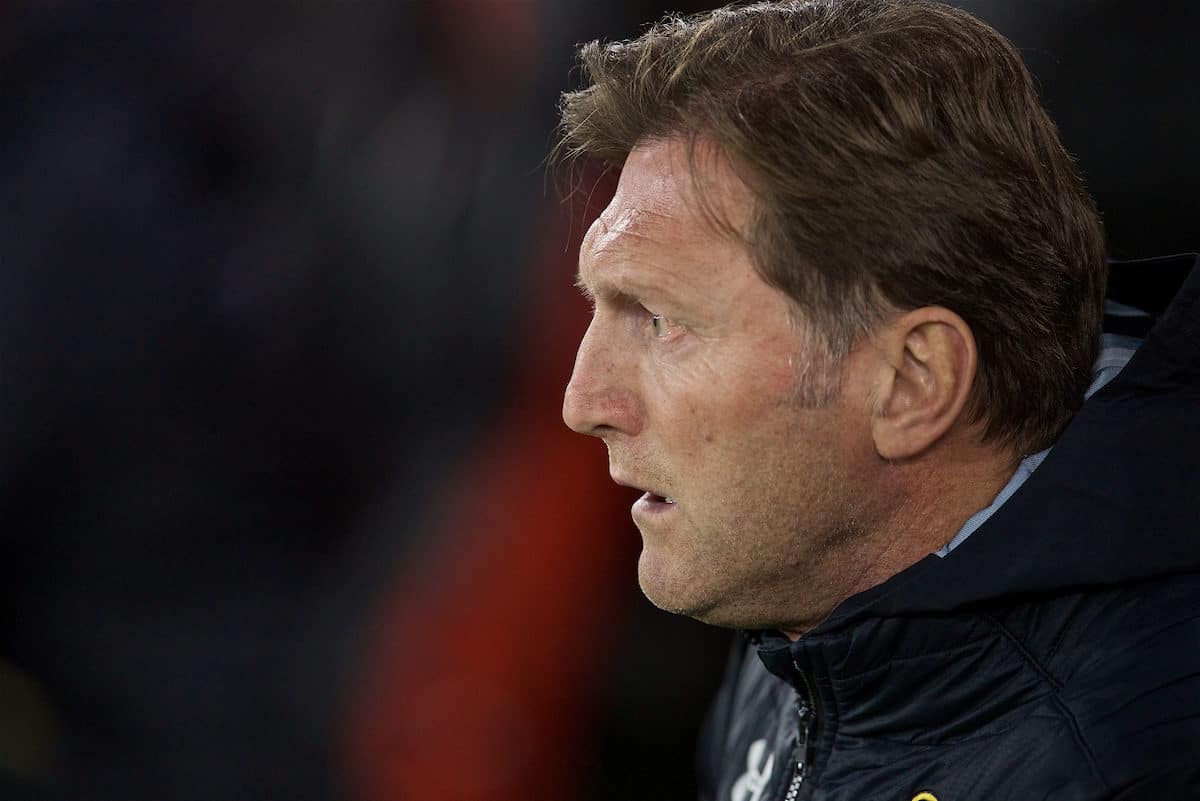 The last time Liverpool met Southampton they were top of the table, now they are seventh – but Ralph Hasenhuttl insists it is “only a matter of time” before a comeback.

The Reds suffered a 1-0 loss at St Mary’s in January, courtesy of Danny Ings‘ second-minute strike, which gave Man City a big advantage in the title race.

Pep Guardiola’s side were level on points but had played a game fewer, and since then their fortunes have diverged, with Liverpool relinquishing their title in a dramatic slide.

Defeat to Southampton was only the Reds’ second of the Premier League campaign, but it came in a run of 14 games that heralded seven further losses and just three victories.

City are now inches from the title and Liverpool will welcome Saints to Anfield on Saturday night looking for three points to simply keep alive their slim chances of a top-four finish.

But Hasenhuttl believes Jurgen Klopp and his players will be back on top before long.

“It’s hard to take for him, and for him, it was a tough season also,” the Southampton boss said of his counterpart.

“But for me it was not so surprising after the effort they have put in in the last two or three years, to find the biggest target they have with the Premier League title after such a long time.

“And then with the injury problems, they were struggling, like we also had after Christmas, where we had sometimes a lot of injuries in crucial positions.

“There is a reason why Virgil van Dijk is an important player for them, and it’s not also easy for Liverpool to say ‘we are strong without him’.

“I think this injury problem definitely cost [Klopp] a lot of points this season, but when you know him and you know the quality of his side, then I think it’s only a matter of time before they come back to be competitive on the highest level.”

Southampton will be without both Ings and Liverpool loanee Takumi Minamino on Saturday, with injury and the terms of the clubs’ loan agreement keeping two familiar faces out of action.

But Hasenhuttl’s side could be safe from relegation by the end of the weekend, and he will be looking to emulate the likes of Burnley, Brighton, Fulham, West Brom and Newcastle in taking a result from Anfield.

“Although they are not now top of the table, they are still a very tough opponent to play against,” he continued.

“But a lot of teams have shown this season that it is possible to go there and take something.

“We go there to be brave and also looking for our chance.”