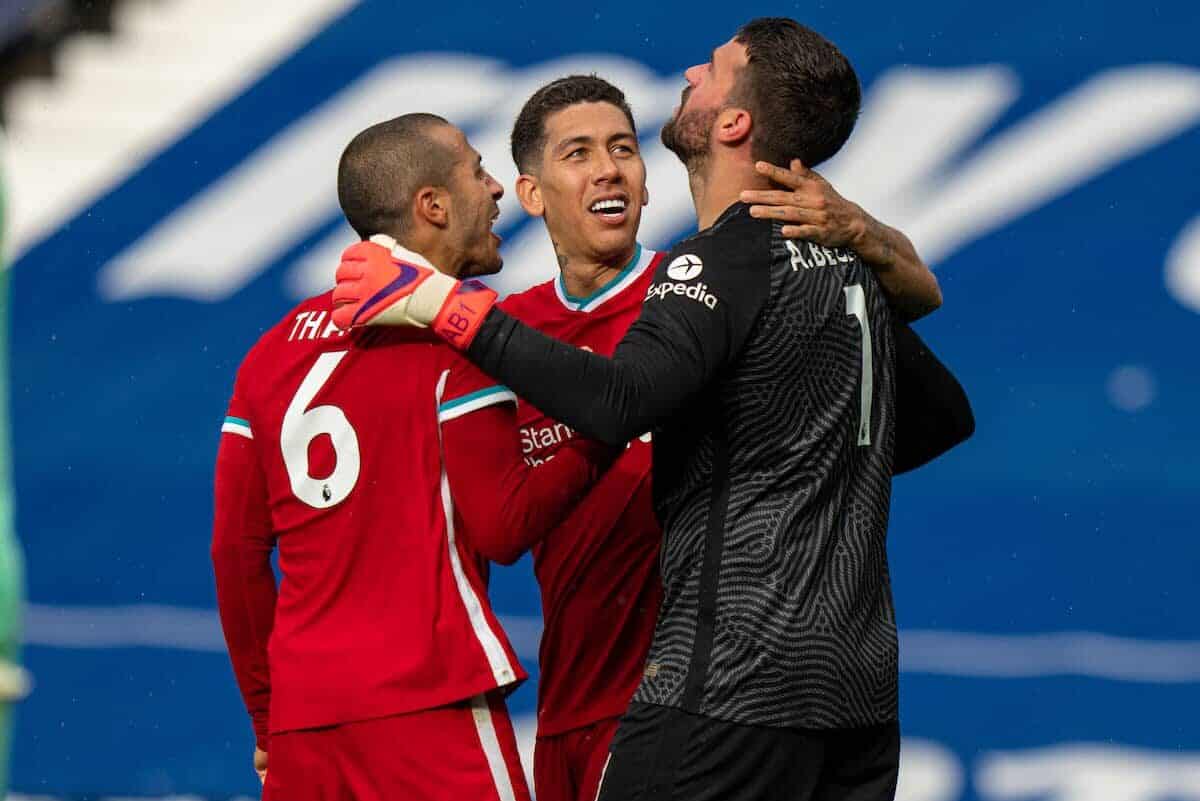 Liverpool missed another 300 or so chances against West Brom so did the only sensible thing left: sent goalkeeper Alisson up front to score a precious winner.

Pre-game it was a case of Jurgen Klopp showing the exasperation we’ve all felt this season: no good news without something bad in return, to paraphrase the boss.

This time it’s Diogo Jota, scoring against Man United but now out injured for the rest of the season.

A bone injury is as much detail as we’ve been offered, as vague as ever from the Reds, but it reduces the attacking options back down to the usual trio.

Other names might be on the bench, but the past three years have taught us they are largely there only for when situations most require it or all other options have been exhausted.

Jota’s own form hasn’t been stellar recently, but even without being on top form he remains a goal threat and a counter-attacking worry for rivals – and a game-time one for Sadio Mane, of course. 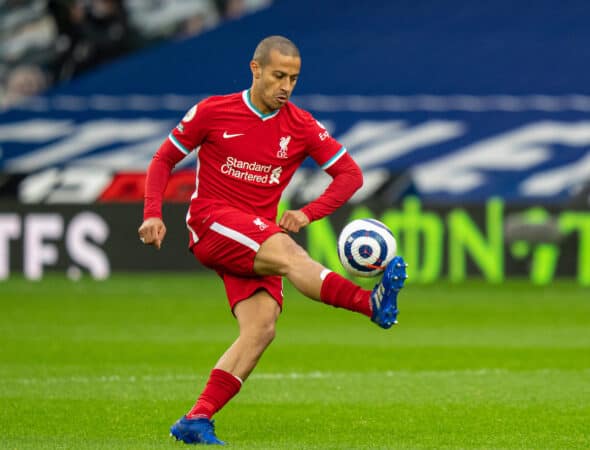 Liverpool’s start to the game wasn’t the worst, but they did still fall behind after dodgy defending – and the same could have happened soon after 1-1.

However, between the Baggies’ opener and the latter stages of the first half they ran the show entirely, thanks largely to the efforts of Thiago Alcantara.

The Spanish midfielder was exceptional, finding spaces in midfield despite Sam Allardyce seemingly playing a 7-8-1 formation at times, fizzing passes into his team-mates to take on the turn and surging forward into the final third himself in a way that hasn’t always been on display in his debut season.

He was constantly on the ball, constantly available to take possession, constantly able to turn away from those closing him down – a masterful all-round showing, without lacking any defensive work which was required.

He forced the issue, but sensibly and at the right times.

A nod, too, to Curtis Jones who was effective on his return to the team for an hour or so. 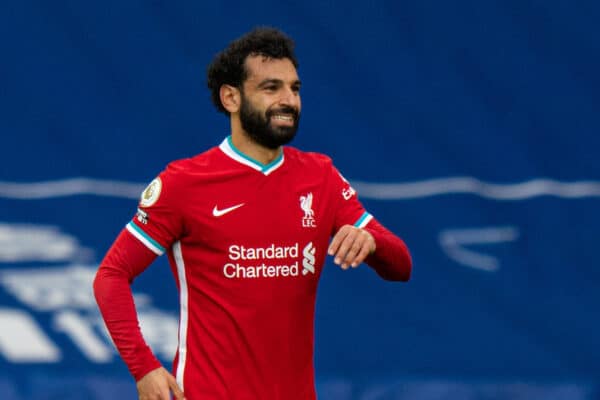 A strike on Sunday afternoon against Wolves made it 22 goals for Harry Kane in the Premier League this season.

Arguably more meaningfully – certainly for Reds anyway – a fantastic, first-time strike from Mo Salah was an equaliser in more than one sense.

Amid a season of injuries and inconsistency all around, it remains an incredible feat for Salah to retain his clinical edge.

His importance cannot be understated, tactically and technically, and he could yet wrap up another top-scoring season to underline his excellence among Premier League greats.

Stops them at one end, scores them at the other.

Alisson had himself quite the game – he couldn’t do anything about the goal or the disallowed effort, but saved a one-on-one when the game was all square and dealt pretty well with the Baggies’ attempts to hurl rocks and missiles at him at set-pieces.

But a last-minute goal? A header better than any from a Reds forward off a set-piece we’ve seen this season?

You’re having a laugh – that’s ripped straight out of Roy of the Rovers, it simply wouldn’t happen.

Except it did. It was a brilliant connection, perfect timing, utterly priceless if we go on to secure the top four.

Ali, who was extremely emotional afterwards, deserved this moment.

The mission was pretty simple heading into the final weeks: win them all.

A victory at Old Trafford was both great and overdue, but it’s against the bottom clubs Liverpool have really struggled this season, as noted above.

That nonsense simply head to be ended here at the Hawthorns, for European hopes, for optimism for next season and for our own states of mind heading into games against Burnley and Palace.

Thankfully, one way or another, it’s over – and the top four remains in our hands.

We just have to finish the job in these last two games, whatever it takes and however it needs doing.