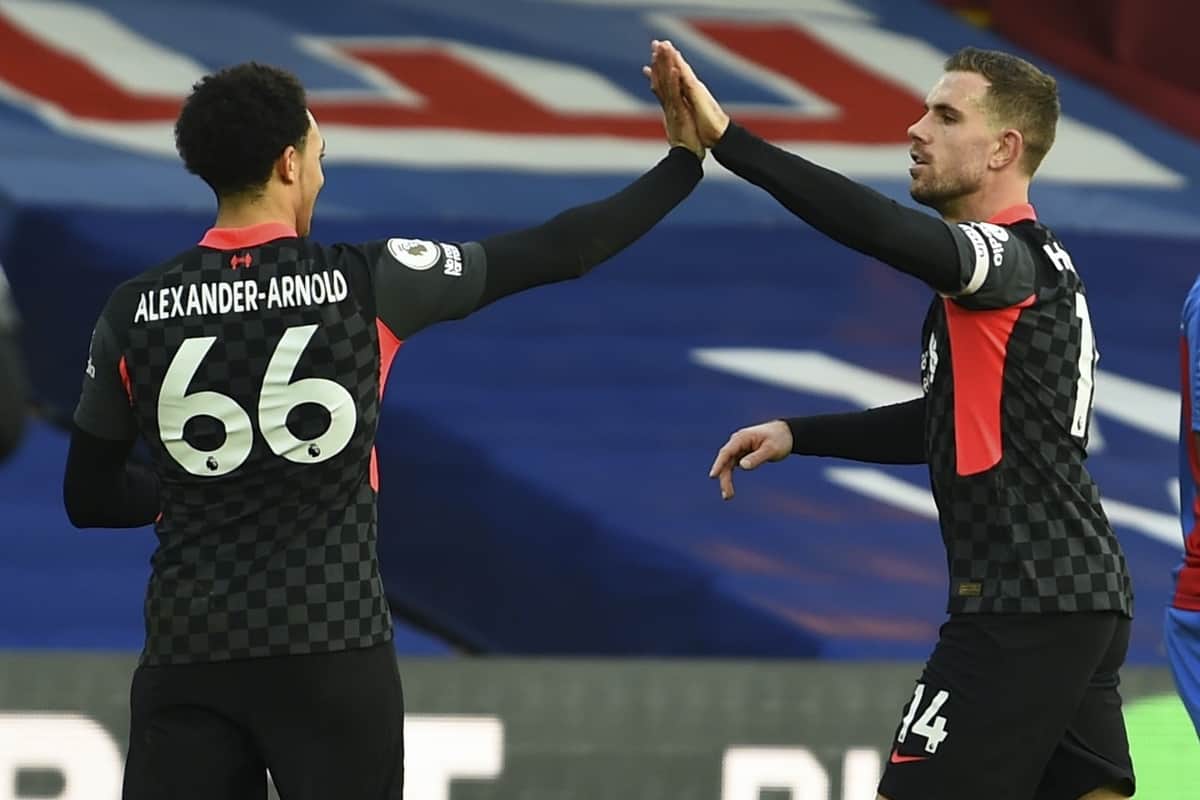 No one should face abuse in any form and footballers are no different, and a trio of Reds have joined forces with an eye-catching squad to push for change.

The home nations are uniting this summer to tackle online abuse, forming a new team ahead of the Euros to force social media platforms into change.

Jordan Henderson, Andy Robertson and Trent Alexander-Arnold are three of the big names from the men’s and women’s game to join Hope United, an initiative launched by BT to tackle online hate.

All have experienced online abuse and are now looking to drive the message home that change and education is needed to ensure social media can be utilised for good and not hate.

“It’s normal for players to go on social media after a game,” Henderson said via the Daily Mail. “There is always going to be criticism, things that aren’t nice.

“That’s part and parcel of football. But there is a line, and a lot of the time that line is being crossed. That’s difficult to deal with as a player, as a person.

“I hope there are repercussions for people who abuse online. Consequences. I feel like because there’s not, people can go on and write what they do, do what they want.”

Holding social media platforms to account follows on from the 81-hour blackout earlier in the month and stopping hate in its tracks takes a collective effort.

One the Liverpool captain has been ever vocal about and he is ready to “fight online abuse” with his new team this summer so no one has to suffer.

“When you’re a younger player coming into the limelight, that is when you’re most vulnerable. You’re not used to it, and it can be a shock,” Henderson continued.

“It’s important to have good people around to help those younger players with that. They can suffer the most. I feel as though we can use our profiles to help make changes.

Being able to freely interact online without facing abuse is a right everyone should have and it’s a welcome sight to see Reds and the home nations unite to continue forcing change.