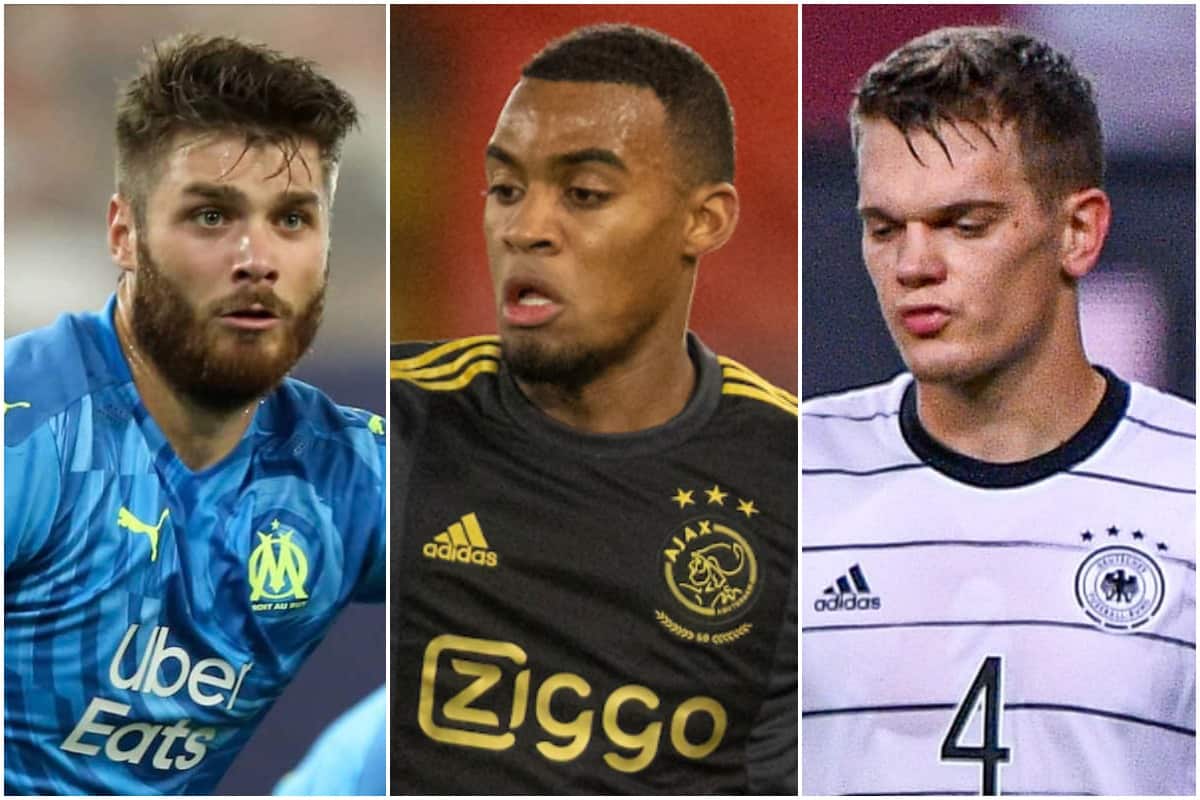 Euro 2020 is on the way and while the days of suddenly ‘discovering’ a Patrik Berger and the like might be firmly behind us at international tournaments, it’s still a time when we can watch those who we don’t get a chance to very often during the club campaign.

With that in mind, we’ve selected a list of players who should be intriguing for Liverpool fans to enjoy keeping an eye on – and who knows, perhaps in some cases it might be Liverpool the club watching them, too.

Rather than select just the very best players around, we’re going to assume everybody is already set to watch the likes of Sancho, Mbappe and Joao Felix with a beady eye – instead we’re looking at those who might surprise with their recent form levels, be more of an unknown quantity or simply play in a league outside those which usually capture the headlines.

We’ve got two from each group, plus a couple of bonus ones along the way. They are a mix: young and experienced, would fit the Reds or have probably missed their chance, are playing for massive clubs or those a tier or two down from elite.

Forgive any picks which you’re already well aware of – enjoy the performances of the others!

Zeki Celik of Turkey is our first selection.

The right-back has been nothing short of excellent this season; he’s the Lille full-back who has just helped them win the Ligue 1 title and he’s a real mix of attacking energy and defensive tenacity.

Liverpool were, improbably, linked with him not too long ago – given the presence of Trent, it’s a bit of a wild call. Whether we’re keen or not though, he’s definitely worth watching, as are many in the Turkey squad.

Manuel Locatelli is the other from Group A.

The Italy midfielder has a fight on to start the opening game, but he’s such an enormous talent that it would be a surprise if he wasn’t involved as the tournament goes on.

He can scheme from deep, drive forward in possession and work hard to win the ball back – he does a bit of everything, but does it all with class. Could be a breakout tournament for the Sassuolo star who is already admired by Europe’s big guns and has Milan regretting they ever let him leave.

Yannick Carrasco is a well-known name, but it might not be well known just how important he has become. He largely plays a wing-back role for Belgium – just as he has done for Atletico Madrid for times of this season.

There, of course, he won LaLiga this term – flying down the left more often than not, working relentlessly and still able to show lots of quality in attack.

Belgium have strived for balance for a long time and Carrasco as an outlet and someone who doesn’t shirk defensive responsibility helps to give them that.

Roman Zobnin has had himself a top season in the Russian Premier League with Spartak Moscow and he’ll be looking to take that form into the Euros for his national team.

Russia’s side has undergone plenty of changes recently and the midfielder, at age 27, provides a good bridge between the younger generation and the seniors who seem to have been on the scene for about 30 years. Might not be the big star name, but he’s an excellent player who can help the team achieve more than the sum of their parts.

Netherlands always have too many players we love. It would be easy to go for the young forward we’re already linked with, Donyell Malen, but let’s look a little deeper.

There are two youngsters in midfield who could form part of the spine of the national team – probably with Frenkie de Jong – for most of the next decade, with Ryan Gravenberch first.

The kid can do the lot; powerful running and close control, meshed with a great passing range and tremendous vision, make him an all-round unstoppable force when he gets going.

Perhaps playing more of a watching role this time is Teun Koopmeiners, more of a holding or controlling midfielder, but one who can dominate the match for his team. Great on set-pieces.

Additionally for this group, Sasa Kalajdzic is the big hope for Austria. They need to find a way to get him far more ammunition than is sometimes the case, but he’s good aerially and on the ground when in the penalty box. A good goalscorer at club level who could well translate that to the international scene, becoming their first-choice striker in the process.

Two from Croatia again, and we’ll start with the one we were supposedly keen on in January: Duje Caleta-Car.

The central defender is quite formidable with his size and aerial prowess, a real force when allowed to aggressively go at his striker and yet with a deft touch of the ball to play out or ping passes from deep.

If you haven’t had a chance to see him much, now is your chance – at his best he’s frightening.

Also in the squad is Nikola Vlasic, another ridiculously talented youngster that Everton did great to get hold of at an early age, but not quite so well in selling to CSKA Moscow before really giving him a chance. He’s a creator and scorer and he could be playing around one of Europe’s better sides, in truth.

One of the real young guns to watch, Adam Hlozek is in the Czech Republic squad at age 18 and is likely to play a fairly prominent role, which tells you a lot about his talent and impact.

He was free-scoring from the wing at club level and though that hasn’t yet been seen on the international stage – he has just a couple of caps – don’t be surprised to see them look to youth if all doesn’t go well in the first couple of games. Could be their next big star and they could do with an attacking talent fulfilling his potential this time.

Liverpool have been linked with a few players in this group over the years, but we’ll go for a couple we haven’t seen rumoured to be on the way, starting with Dejan Kulusevski. The Sweden and Juventus star has been one of the victims of a stop-start season under Andrea Pirlo, but he showed last year how impactful he can be against the biggest sides.

He’s a brilliant dribbler of the ball but has excellent end product too – the sort of combination Sweden really need as they lack inspiration at times and there’s no Zlatan.

Secondly, Jakub Moder came back to Brighton in the second half of the season to play a fairly prominent role, often at wing-back as they had injuries; more regularly he plays central midfield and could earn a starting spot with Poland very soon.

More improvements to come but he’s one to watch for now.

The safest thing to do in this group is just to watch all the games, as there are many great individuals and there should be some absolute classic games.

Pedro Goncalves or ‘Pote’ is the first, as we’re relentlessly linked with him at the moment. The Sporting CP attacking midfielder can provide goals and goalscoring chances for others and he’s entirely versatile too, playing right the way across.

Finally, with Germany needing a big tournament from some lesser lights if they are to go anywhere near the distance this time, Matthias Ginter is one who should step up. The centre-back had a good season up until the final month or two and he is an incredibly consistent player for the most part.

Germany badly need that at the back to let their forwards start to fire, as the team as a whole hasn’t been in synch of late.