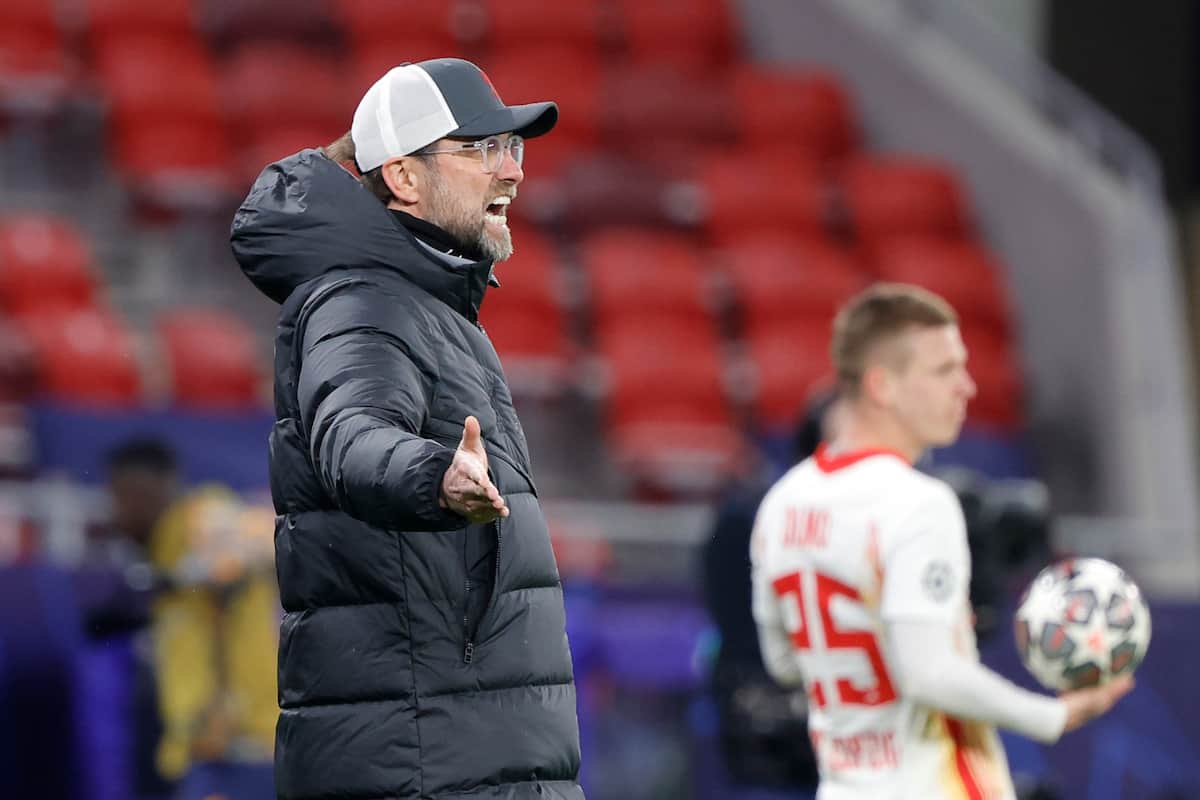 Following Ibrahima Konate‘s £36m move from RB Leipzig to Liverpool, his replacement Josko Gvardiol has already admitted he “definitely wants” to follow him in the future.

Konate became the second player to swap the Red Bull Arena for Anfield when he agreed a five-year deal with the club last month, joining Naby Keita on Merseyside.

The Frenchman departs Leipzig along with Dayot Upamecano, who will join Bayern Munich, and having also lost their manager Julian Nagelsmann, a rebuild is required in Leipzig.

That was, partly, already in place, with the club agreeing a deal to sign Josko Gvardiol from Dinamo Zagreb last September and Mohamed Simakan from Strasbourg in March.

Gvardiol spent the remainder of the 2020/21 campaign on loan with Dinamo – in a similar arrangement to that of Marko Grujic upon his £5.1 million switch from Red Star to Liverpool in 2016 – before linking up with them after the Euros.

However, the Croatia international is already eyeing a move to follow Konate, as he told 24sata this week.

“In Liverpool,” he said, when asked where he would like to play.

“From a young age, I watched Liverpool games with my dad and I grew up with only them.

“When I took football more seriously, I started following them, and I definitely want the Premier League and Liverpool.”

Did more on his national team debut in a single half on at 19-years-old than what his position competitor did in the last 2 years.

In my eyes, an undoubted starter. Either at LB or CB but considering our CBs have been less shocking, put him at LB. pic.twitter.com/4C9CvMwwYK

Gvardiol is a versatile, 19-year-old defender who can play at centre-back and left-back, and is rumoured to be set for a start against England in Sunday’s Group D clash.

He played predominantly as a left-back for Dinamo, but it is likely that he is used across the pitch when he joins Leipzig, with flexibility cherished at the Red Bull club.

That he is already talking up a move to Liverpool before he has played a minute for Leipzig could be seen as strange, but it highlights the club’s appeal.

Whether the Reds would consider a move for the teenager remains to be seen, but if he is able to make the step up to life in the Bundesliga it would be no surprise if he was at least monitored.

And if it came down to a deal in the future, there is little doubt that Gvardiol would jump at the chance to move to Merseyside.