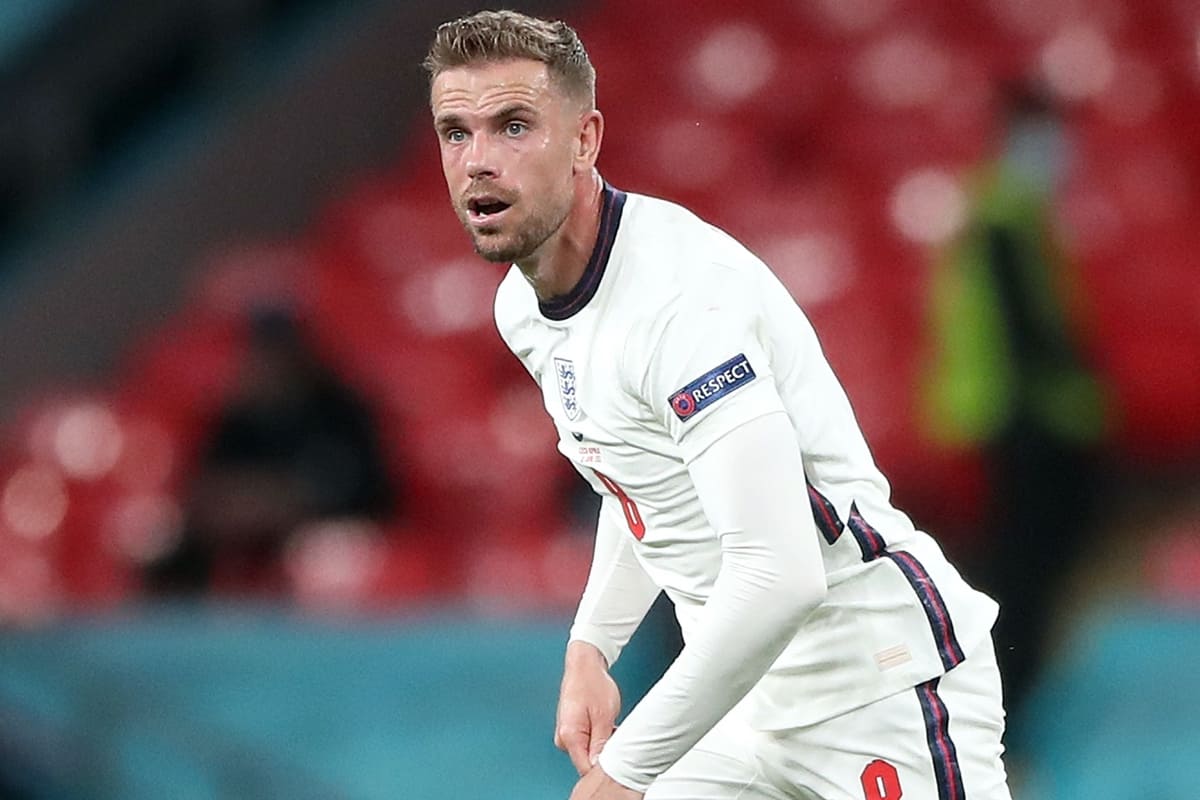 It’s been over four months since Jordan Henderson‘s named graced a starting XI and that is not expected to change on Tuesday when England meet Germany in the last 16 of Euro 2020.

The Liverpool skipper was one of a number of players who benefitted from expanded squads this summer having still been on the comeback trail from a groin injury before the Euros.

He has since played a total of 90 minutes since hobbling out of the Merseyside derby back in February, which has come as two second-half appearances for England.

Gareth Southgate has seen his side hit with a hurdle to overcome over the last 10 days after Mason Mount and Ben Chilwell were both required to self-isolate after coming into contact with Scotland’s Billy Gilmour, who had tested positive for COVID-19.

And with Germany now the opposition, Henderson’s experience and success on the big stage would not go amiss despite his lack of recent game time, but that is not to be the case.

According to the Telegraph, Henderson is to be named as a substitute for the sixth successive game with the Three Lions this summer.

Southgate “has resisted the temptation” to use Henderson and will instead persist with Kalvin Phillips and Declan Rice in midfield after showing signs of a burgeoning relationship throughout the tournament to date. 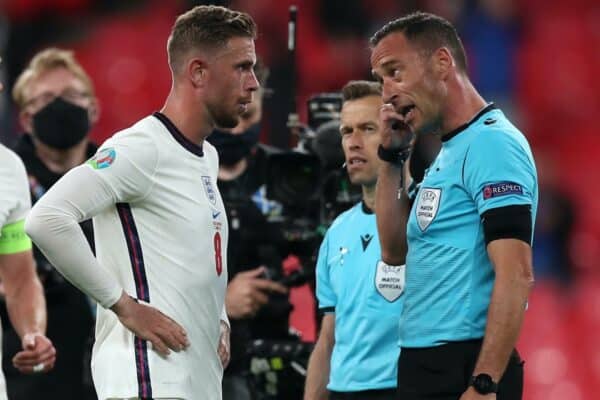 England are expected to return to a three-man defence against Germany, which had led to speculation that Henderson could return to the fold but he is set to only be an option from the bench.

In some ways, it will be welcome news for Reds as Henderson is still able to work himself back to full fitness without the threat of an untimely injury on the international stage, but time on the pitch would certainly have assisted with refinding his touch and tempo.

Either way, it is a game Jurgen Klopp will no doubt have his eyes on as his native Germany look to eliminate England with or without Henderson.

And England will need to find form in front of goal if their hopes of success are to live beyond Tuesday, with Harry Kane, Raheem Sterling and Bukayo Saka expected to lead the line.