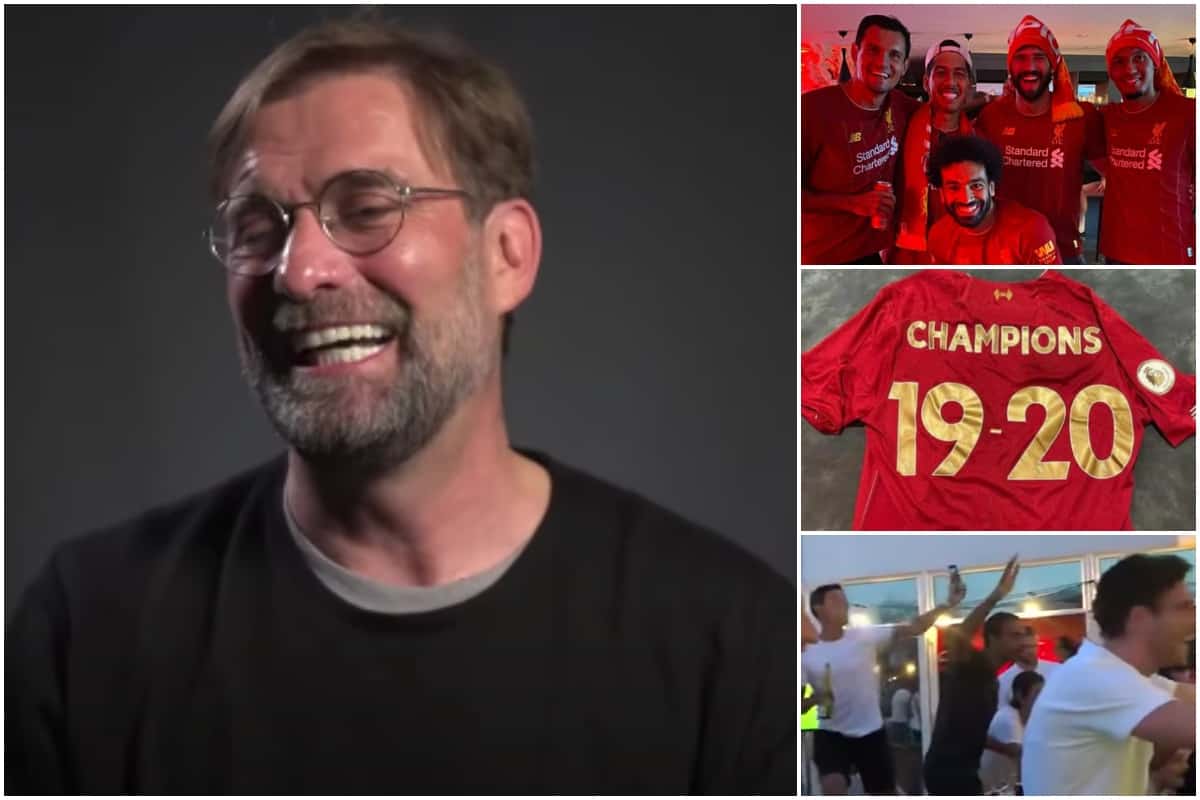 A year on from the night Liverpool won the title, Jurgen Klopp reflects on the spontaneous celebrations at Formby Hall and the good memories, even if in strange circumstances.

On June 25, 2020, Liverpool’s 30-year wait for a league title came to an end as Jurgen Klopp‘s men reached the top of the mountain in record time.

After just 31 games, the relentless Reds had accumulated enough points to see the Premier League title head to Anfield and it came to a conclusion by virtue of Man City‘s defeat to Chelsea.

It was a will they or won’t they night when City travelled to Stamford Bridge, and with the chance of the title being confirmed Liverpool’s squad congregated at Formby Hall.

What followed was a night they and Reds worldwide will never forget as the league was now ours. Tears, hugs and dancing would soon follow as the celebrations kicked off and Klopp reflects on the night as an “absolutely outstanding” one.

“That night I have good memories!” Klopp recounted to Redmen TV. “We won our game, obviously, and the next day could be a decisive day and it was so strange.

“Nobody plans a trophy celebration. We are a bit superstitious so we don’t say four weeks beforehand that we will do this and that, it’s always kind of spontaneous. 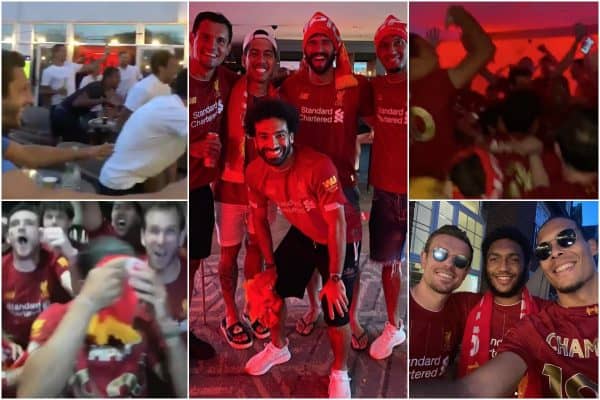 “We watched the first game, I forgot what it was, and then we watched the Chelsea vs. Man City game. Honestly, it’s not my favourite way to become champions but it was a good one!

“It was completely fine, to be honest. Much better than I would have expected and it was absolutely great!

“It was really nail-biting; the goal, the penalty, no goal and then red card and all these things were involved. Absolutely outstanding night.

“We made absolutely the best of it. It’s a night I will never forget in my life. I’m 53 so I’ve had a few nights and I’ve forgotten most of them so it means something!”

Here’s to many more celebratory nights with the Reds in the years to come.

* The above is a clip from The Redmen TV‘s brilliant Jordan Henderson – 10 years a Red – documentary series. This Is Anfield followers can get a Redmen TV subscription for half price for three months for a limited time! (Offer ends July 2nd):