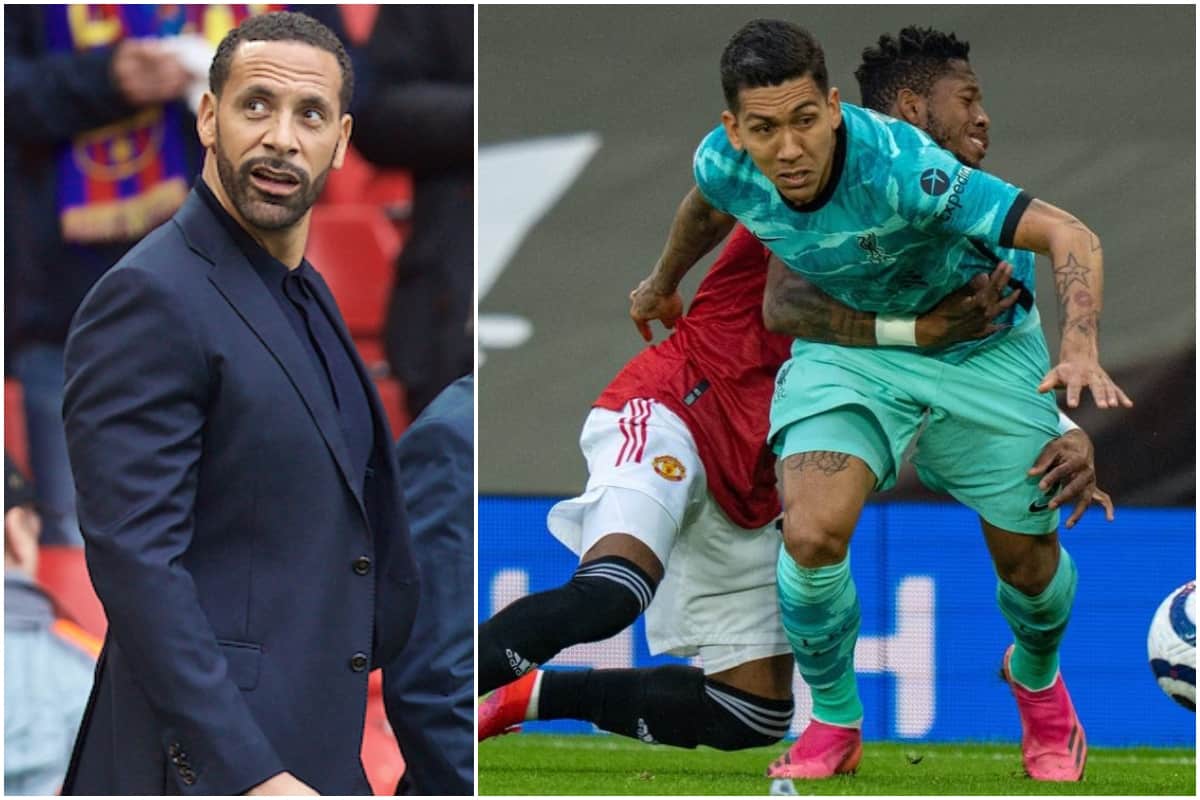 Look, we know Liverpool weren’t the team we’ve come to know the last few years in 2020/21, but to say Man United have “gained that much ground” is a reach. Heres’ why.

Rio Ferdinand has supplied some questionable “cold facts” when assessing Man United‘s season in the context of their final position ahead of Liverpool in the Premier League table.

Jurgen Klopp‘s side finished third, five points behind Man United who were runners-up to Man City who finished 12 points adrift. And here’s what he had to say on United’s campaign.

“I think in the league we’ve got what we wanted, which was an improvement,” Ferdinand told Goal.

“I think Man United at the end of last season finished 30-odd points behind Liverpool.

“Liverpool are now behind us and they’ll have their excuses and reasons why but the cold facts are that we have gained that much ground on them that we’ve gone past them this season. 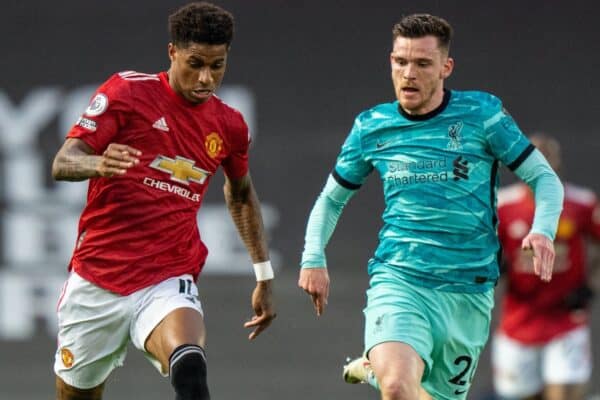 “That shows vast improvement and we’re second in the league. By no means are we the finished article but I think at the beginning of the season if you’d said you’d finish second in the league from where we were I think they’d have snapped your hand off.”

There are no excuses for Liverpool Rio, just cold facts.

Firstly, some context. Liverpool were besieged by injury and had all three senior centre-backs they started the season with out of action by January. Yet finished five points behind United.

Liverpool had 20 different centre-back combinations and yet still had a better defensive league record than Ole Gunnar Solskjaer’s men, with the Reds conceding 42 in contrast to United’s 44.

The 74 points accumulated by Solskjaer’s side is higher than only one other second-place finish in the last eight Premier League campaigns, where they were only eight points better off than 2019/20.

Therefore, it’s more apt to say Liverpool lost ground to sink to United’s level rather than the other way around as the Reds’ third-place finish was even three points more than United’s respective tally in the same position last season.

Bowing out in the group stages of the Champions League and ending the season with no trophies, and finishing merely five points ahead of a shell of the Liverpool we’ve come to know is worth celebrating, apparently. How the mighty have fallen.