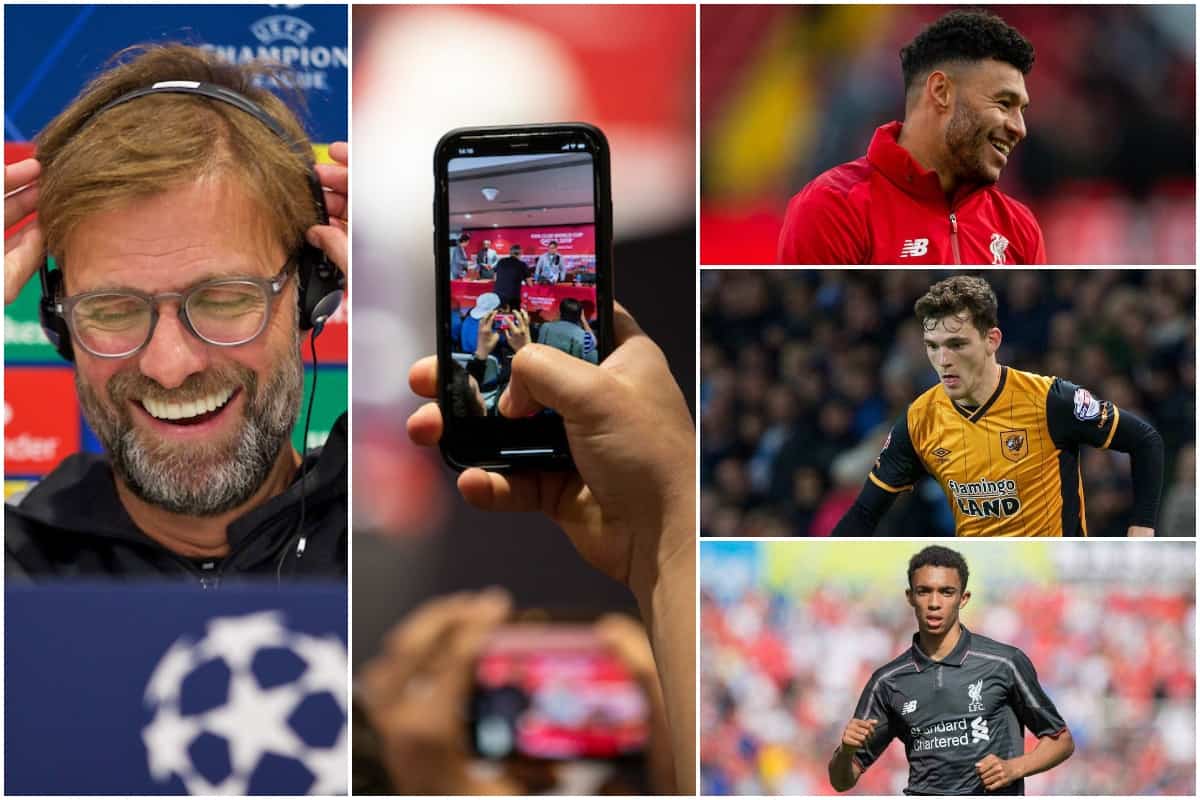 We are all guilty of a social media post in our younger years that makes us laugh or cringe and some of the Liverpool players are no different.

Access to footballers has never been greater, with social media opening doors that were previously kept behind lock and key.

A lot choose to have their accounts carefully managed in the present-day and it typically ensures they avoid any embarrassing, controversial or whoopsie moments.

But that wasn’t always the case, the early days were raw and we’ve no doubt all posted or seen mundane posts that praised a TV show, asked for where you could watch said TV show or see it used as an extension of our thoughts or diary for the day.

Most of us would cringe at what we posted when we first got our hands on social media and it’s no doubt the same for some of Liverpool’s players.

And we’ve done a deep dive into Twitter profiles from some of the current Reds squad before they became household names – and the results are certainly amusing!

An 18-year-old Robertson back in 2012 headlines the list, with his famous tweets a thing of beauty.

Playing for Queen’s Park in the Scottish Third Division, money was not easily accessible to the Scot and his tweets at the time are #brilliant:

Just five years after those tweets were sent he would become a Liverpool player, just goes to show how quickly things can change for the better with hard work and determination.

Although, we don’t think he’s quite got to the point of getting a retweet from the Pope…

His full-back partner, meanwhile, had an approach many 17-year-old’s would have taken back in the day after passing his theory test – 10 months before his first-team debut.

It’s a big day and the simplicity of the tweet and the emoji choice is spot-on, brings back a nostalgic smile.

Things were a bit different for Oxlade-Chamberlain who had to deal with some noisy neighbours back in 2011 when he was 18. This one just gets better as you keep reading it.

And not long after that, there was a stringy cheese incident with former Arsenal teammate Carl Jenkinson…

This a throwback to before Shaqiri and Emre Can ever landed at Anfield when the pair were teammates at Bayern Munich and debating a goal.

Who would have thought that they would both go on to don Liverpool’s No. 23 shirt? 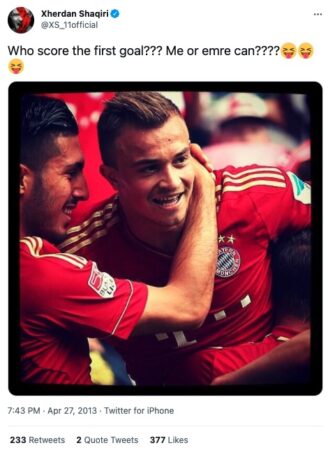 And while Milner doesn’t fit into the ‘before they were famous category’ having been a latecomer to Twitter, it would be remiss not to include some of the posts from the social media king.

He just does not disappoint and he really embraced becoming a parody of the parody account that is ‘Boring James Milner‘. 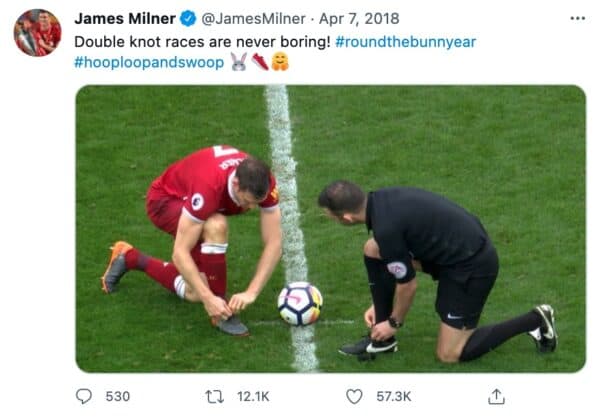 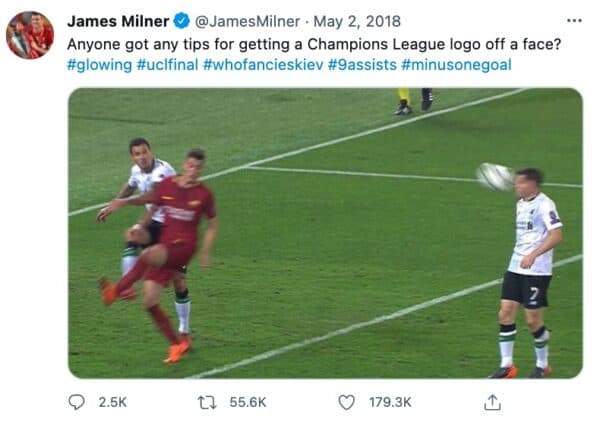 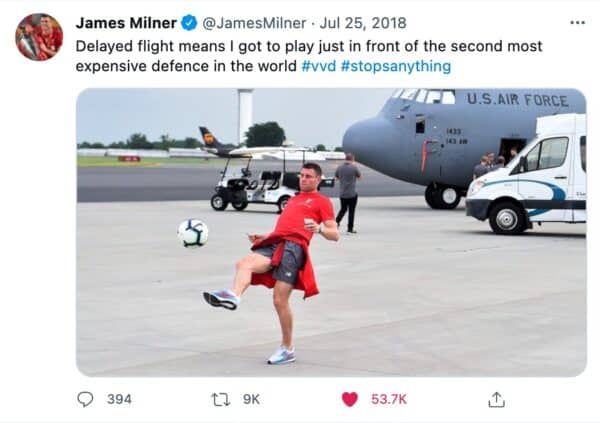 Long may they continue!