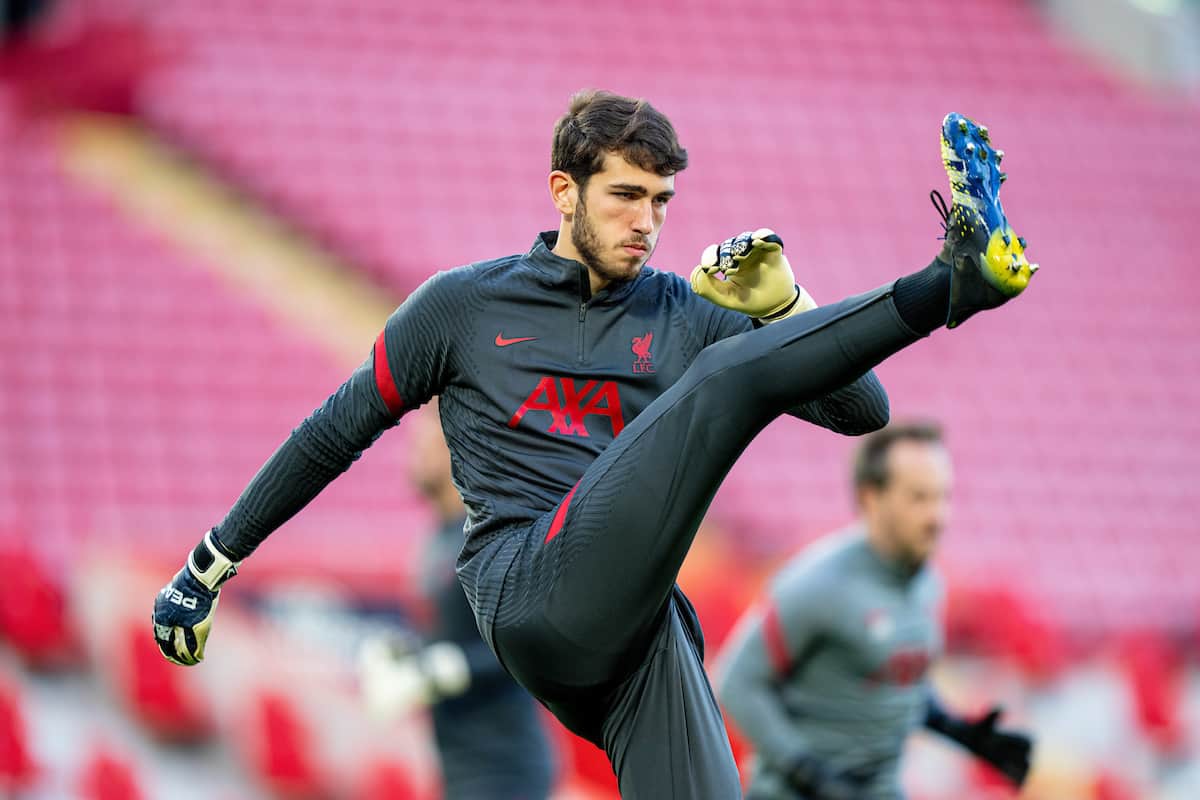 Liverpool goalkeeper Harvey Davies has pointed to the examples set by James Milner and Adrian as ones to follow as he looks to catch the eye as a 17-year-old in pre-season.

Davies is one of the youngest players in Jurgen Klopp‘s squad in Austria, having been named as part of the academy cohort to join the first team for pre-season.

It follows a surprise breakthrough campaign for the teenager that saw him rise from squad player with the under-18s to training with the senior squad and even making the bench against RB Leipzig and Real Madrid.

Realistically, Davies is behind Alisson, Caoimhin Kelleher, Adrian and possibly even Marcelo Pitaluga in the pecking order between the sticks, but he is proof that chances are there to be taken.

One of the best ways to impress Klopp is to apply yourself to the highest standard in training and off the pitch, with Davies learning vital lessons from Milner, 35, in that respect.

“We’ve got the likes of Milly, who’s a leader and sets the example for everyone,” he told LFCTV.

“As a young lad it’s very important to look at and try to see what they’re doing.

“He’s had a career in the top flight of English football for so long, and it doesn’t come naturally. You’ve got to be like him, basically, to succeed.” 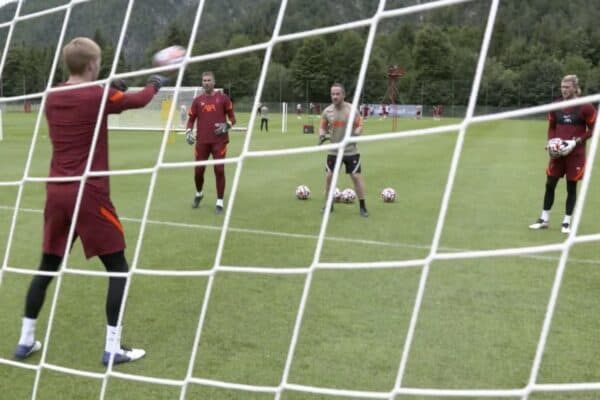 With Alisson still absent due to his involvement at Copa America, Davies is part of a five-strong goalkeeping group in Salzburg that includes Adrian, Kelleher, Pitaluga and Loris Karius.

It is the 34-year-old Adrian who seems to have had the biggest impact on the youngster, who is looking to “soak it all in” over Liverpool’s four weeks away.

“Adrian‘s taken me under his wing a little bit, trying to give me little bits of advice where he can,” Davies continued.

“The same with Loris as well, they’re all top guys – Kweev as well, I have good craic with him.

“But when it comes to work we all know where we need to be and what the level’s at.

“It’s really good for me as a young ‘keeper, the youngest one out here, just learning as much as I can.

“It’s so important, it will benefit me as much as I can in my career as well. So I’m trying to soak it all in really.”

There is a chance Davies will get his first taste of action for the senior side when Liverpool play Wacker Innsbruck and Stuttgart in two 30-minute friendlies on Tuesday evening.