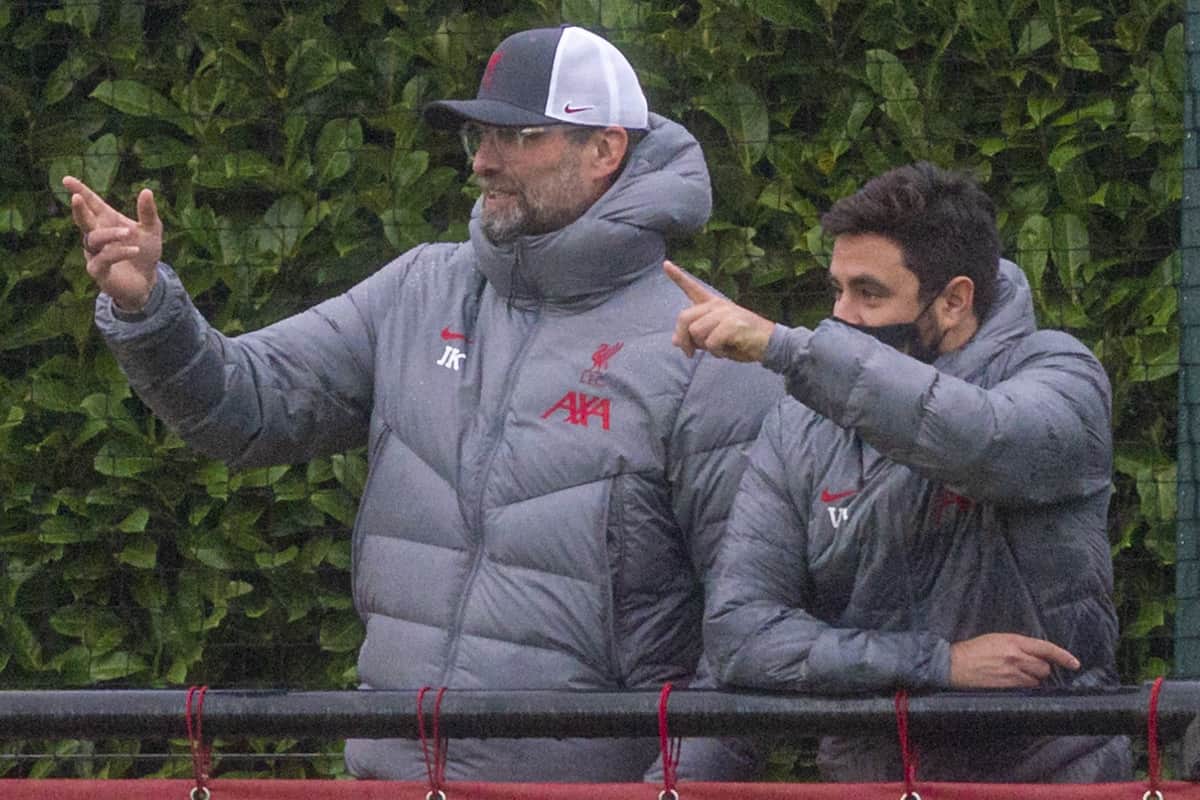 When Jurgen Klopp welcomes his Liverpool squad back for the first day of pre-season on July 12, he could call upon two players he has rarely worked with as Reds manager.

Liverpool will be back at Kirkby for the first time in seven weeks next Monday, with a squad of around 27 expected to take part in initial fitness checks.

Coaches will oversee a lactate test, which involves a series of runs at different paces with blood tests at regular intervals to measure for lactic acid in the body.

Work with the ball will be slowly integrated into the sessions, as Liverpool are due to play a series of friendlies in the weeks after their return – as well as heading abroad for training camps, with Austria and France possible destinations.

Klopp’s group is set to change as the weeks go by, with certain players departing on loan or to join new clubs on a permanent basis, while those involved at the Euros and Copa America will link up with their team-mates at a later date.

Two players who could be involved on day one have barely worked under Klopp in his six years with the club, spending the majority of their time on the books out on loan.

Taiwo Awoniyi has finally qualified for a UK work permit and could, then, join the first-team squad, while Anderson Arroyo is likely to be among the cohort having already taking part in pre-season in 2019.

Both are unlikely to stay for the duration, though, as Awoniyi is attracting interest from other clubs in England as well as Germany and Belgium, while Arroyo should be loaned again.

Arroyo, the 21-year-old full-back, has been with Liverpool since 2018, but unlike Awoniyi is not expected to receive his UK work permit, having not played at the same elite level as the Nigerian striker.

The Colombian was on loan with Salamanca UDS in the Spanish second tier last season, having previously taken in spells with Real Mallorca in Spain, KAA Gent in Belgium and Mlada Boleslav in the Czech Republic to mixed results.

In many ways, Arroyo resembles an afterthought for the Reds, with Klopp even struggling to recall the youngster when questioned at a press conference on the US tour in 2019.

Arroyo was set to travel with Liverpool for that tour, which saw them play Dortmund, Sevilla and Sporting CP, only to suffer a broken foot in training at Melwood, with Awoniyi also left out of the squad.

This time around, the pair will look to catch Klopp’s eye, with the absence of Andy Robertson and Roberto Firmino at least increasing their chances in the early weeks.