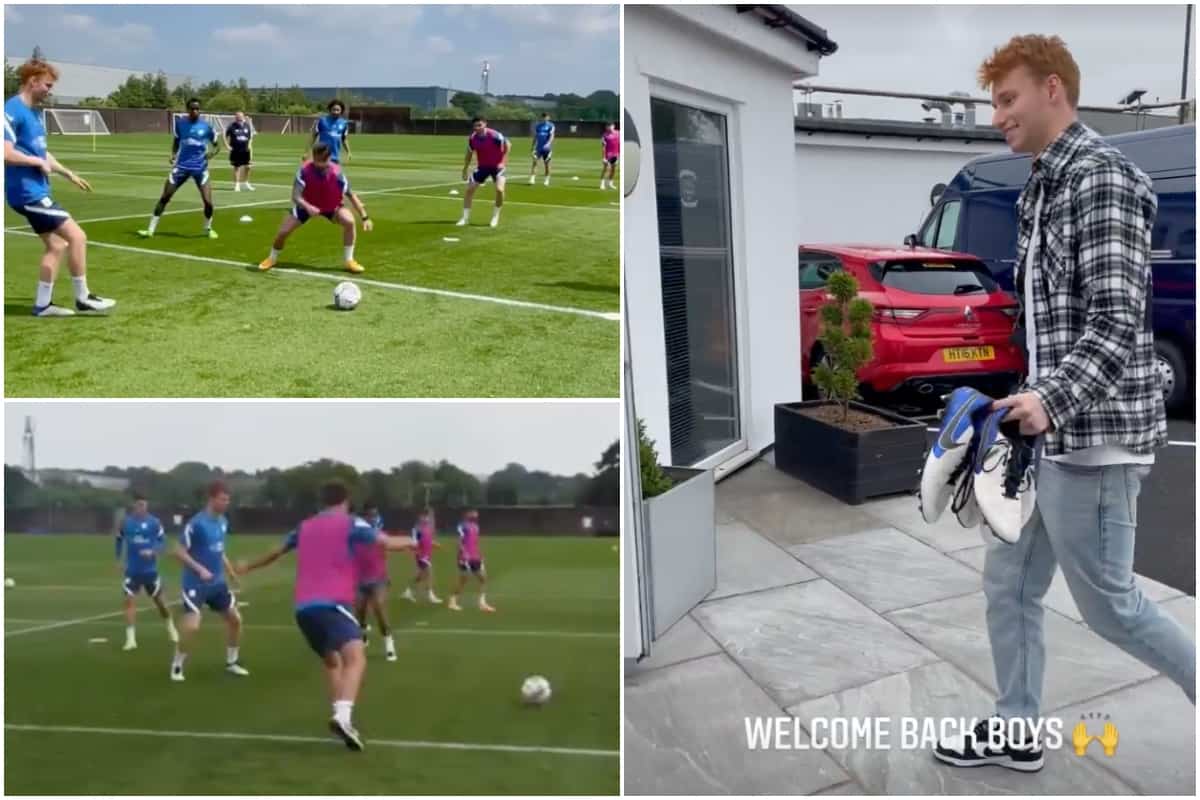 Work is already underway for Sepp van den Berg ahead of the 2021/22 season with Preston North End having returned for pre-season training on Thursday.

The 19-year-old is one of two Reds to have already sealed a loan switch for the upcoming campaign, alongside Adam Lewis – providing a welcome head start in their continued development.

Van den Berg spent the second half of last season with Preston having been part of the deal that saw Ben Davies make the move to Anfield, where he went on to feature 16 times.

The move proved a success for all parties and the decision to keep Van den Berg at Deepdale for a full season was a swift one, and now the hope will be that he continues with his upward trajectory.

And after returning from his holiday in Spain, he’s hit the ground running as the Championship side returned for pre-season training 37 days out from their season opener against Hull.

The young Dutch defender undertook the customary testing on day one and took part in some ball work alongside his teammates, where they have five pre-season fixtures lined up.

? Good to see these two back with the lads this season! ? #pnefc pic.twitter.com/JJI3RHkwg1

First up is non-league’s Bamber Bridge on July 10 before meetings with St Johnstone, Celtic, Bolton and Wigan, where Van den Berg will look to play his part.

After finishing last season in 13th place, 16 points off the play-off spots, a shot at promotion will remain the objective for the upcoming season under Alex Neil.

The teenager played most of his games for Preston at right-back, but the club are expected to open the door for him to claim his favoured right centre-back role, something Van den Berg is looking forward to.

“I would love to play centre back more this season just to show everyone I can play there as well. I will try to impress the gaffer and hopefully, he will play me centre back this season,” he told Preston’s official website in June.

Back at Liverpool, meanwhile, the players are enjoying their final weeks of holiday before they report back to Kirkby on July 12 to start their pre-season.