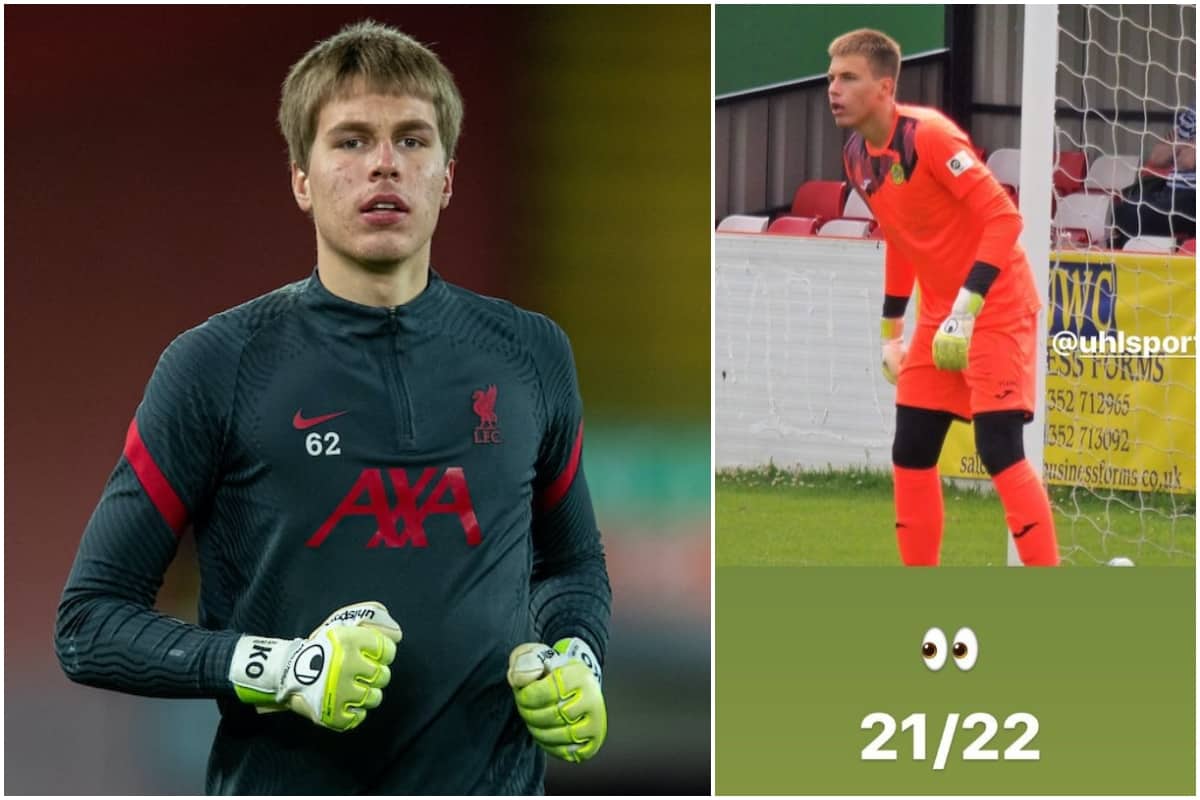 Ojrzynski has carved out a regular position as the under-23s’ go-to man between the sticks since making the move to Liverpool in 2019, but he’s now making a temporary switch to Wales.

The Pole has joined Caernarfon Town in the Cymru Premier League on loan for the upcoming season, where he has already featured in a pre-season friendly with Holywell Town.

Wales’ top division will offer an invaluable experience for Ojrzynski in a senior environment, one where he is expected to get his opportunities under manager Huw Griffiths.

An injury to Josh Tibbetts and the departure of Lewis Brass created an opening in the goalkeeping department that Ojrzynski will be aiming to make the most of.

The teenager has been a regular in Liverpool’s first-team training and was named on the bench for the 2-0 win over Sheffield United in the Premier League back in February.

There is plenty of potential in the Pole and now his new challenge awaits for the 2021/22 season, which for Caernarfon Town starts on August 14 against Haverfordwest County.

Ojrzynski all but confirmed the news on his Instagram with an image of his friendly appearance after Caernarfon had announced the signing on Twitter before later deleting the post.

The league consists of 12 teams and Caernarfon Town will no doubt be aiming to improve on their sixth-placed finish in 2020/21.