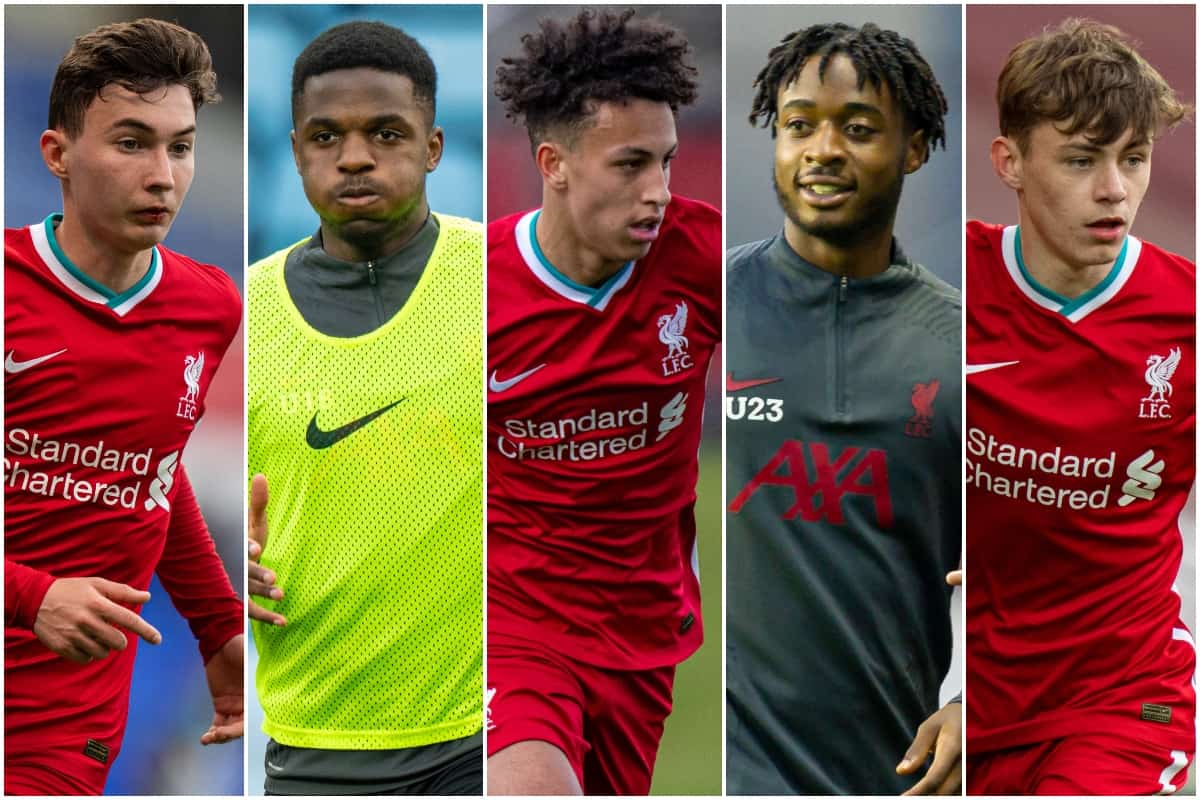 The first week of pre-season will see Jurgen Klopp without at least 10 of his first-team players, and the manager could turn to the academy to bolster his Liverpool squad.

The Reds will be back for day one of pre-season on Monday, with Klopp expected to see up to 25 senior players report for duty including Mohamed Salah, Sadio Mane and Ibrahima Konate.

Virgil van Dijk, Joe Gomez and Joel Matip could all return after long-term injuries, while Trent Alexander-Arnold is also hoping to be involved from the start as he makes his comeback.

There could also be a number of fringe players taking part ahead of possible summer moves, such as Loris Karius, Marko Grujic, Harry Wilson, Sheyi Ojo and Takumi Minamino.

But the inconsistency of the group could see Klopp look to his youth ranks to add to the numbers – particularly when Liverpool begin ball work on the pitches. 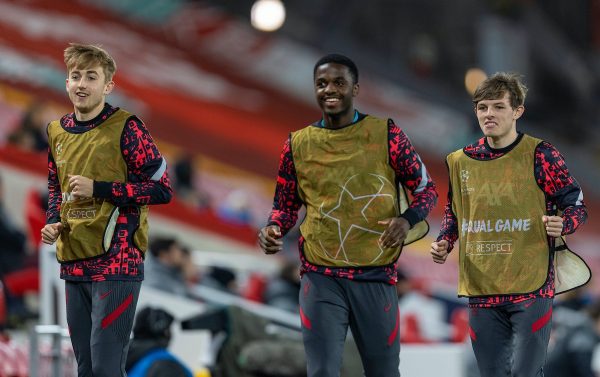 However, they could also be joined by a host of other academy players, as the manager gets a closer look at the high-potential youngsters available to him.

With doubts over Alexander-Arnold’s fitness and neither of Neco Williams or Andy Robertson back on day one, full-backs Owen Beck and James Norris could also be called up.

Similarly, with Van Dijk, Gomez and Matip not having taken part in team training for months, centre-back Jarell Quansah, captain of the under-18s, may be required along with Koumetio.

Tyler Morton, who scored 10 goals and laid on seven assists in 25 appearances from midfield last season, could be involved, while the exciting U18s quartet of James Balagizi, Melkamu Frauendorf, Mateusz Musialowski and Kaide Gordon are further candidates.

All 15 youngsters mentioned have trained with the first team on previous occasions, with those from the U18s having been called up during the March international break.

The proximity of the first team and academy facilities at Kirkby will aid Klopp if more players are required, and it could be that those drafted in may earn a long-term place in the squad.

Gordon in particular seems primed for fast-tracking through the ranks, having scored on his debut for the under-23s as a 16-year-old in the final game of last season.

Furthermore, Bradley is being considered as a backup right-back in the event of Williams departing the club this summer, joining Gomez and James Milner as deputies to Alexander-Arnold.

Beck, Morton and Balagizi all look comfortable playing above their age group, while there is a real buzz around Musialowski’s future after a maiden campaign in English football that saw him score 12 and assist five in 26 games.

There is, of course, no guarantee all – or, in fact, any – of these youngsters will be part of Liverpool’s pre-season training.

But as the list goes on, it is clear that there is a bright new generation that Klopp can look to – and arguably, the manager should be doing so, rather than involving those set to move on.