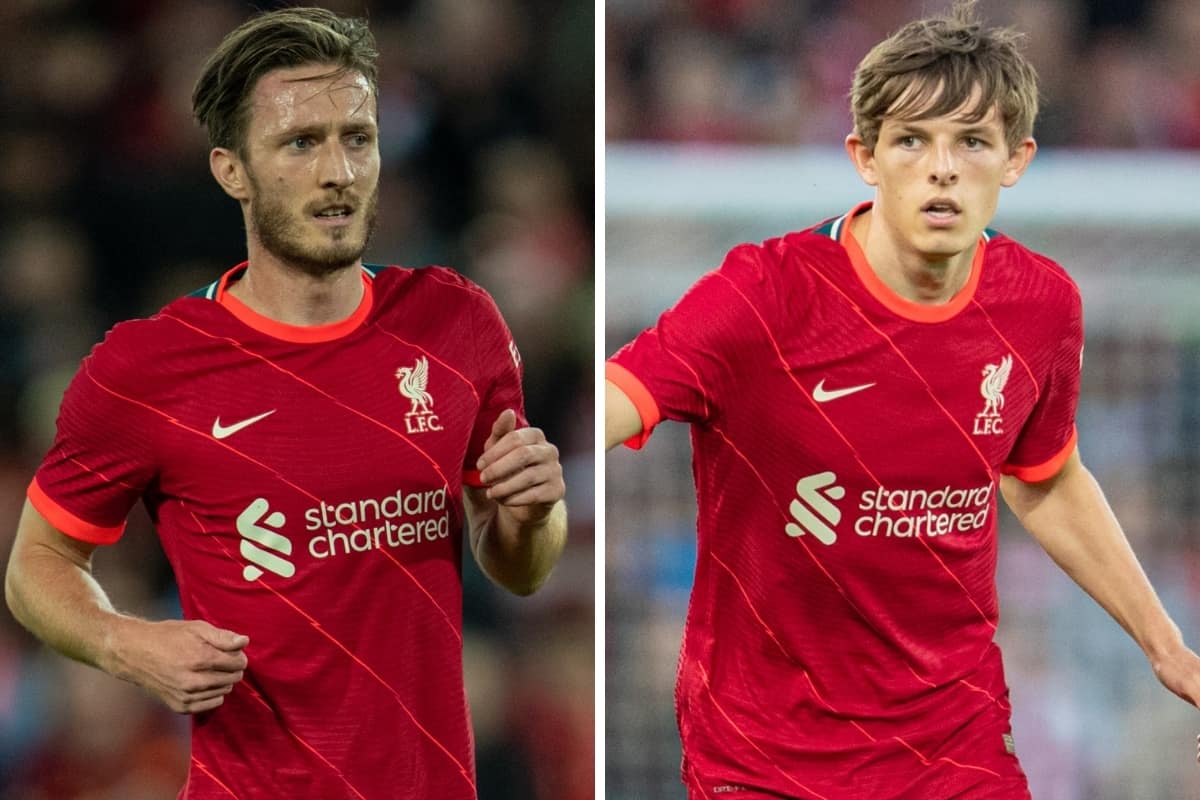 There were two debuts for Liverpool loanees over the weekend, with contrasting fortunes as Ben Davies and Leighton Clarkson started in the Championship.

The Championship is home to three Reds players this season, with club scouts able to keep a close eye on the trio having joined sides within a short drive from Merseyside.

One of those is Clarkson, who has embarked on the first loan spell of his career at boyhood club Blackburn, and after watching the 2-1 win over Nottingham Forest in midweek from the bench, he made his first start on Saturday.

It came in a home clash with relegated West Brom, and it was a strange afternoon for the 19-year-old as he got to grips with life as a senior professional.

Clarkson was deployed in an advanced role as Blackburn’s No. 10, but struggled to get on the ball consistently, with his 24 touches the fewest of any Rovers player.

Incredibly, the teenager only completed seven passes in his 67 minutes on the pitch, but three of those created chances on goal – including an outside-of-the-foot pass that teed up a goal for Ben Brereton.

Replaced midway through the second half as Blackburn went on to suffer defeat, manager Tony Mowbray conceded that “it may not have been the game to throw him in,” but there were “flashes every now and then” from Clarkson.

The hope is that he will be given a chance to build on his debut with another start against Middlesbrough this weekend.

Elsewhere, Davies also made his debut as the left-sided centre-back in Sheffield United’s back three as they took on Huddersfield at Bramall Lane.

Slotting in at LCB. ? pic.twitter.com/LbB3tmFh7x

It was a reasonable start from the 26-year-old, but there was a wakeup call late on as Davies was too slow to the ball when Huddersfield broke through for a 94th-minute winner.

Billy Sharp thought he had sealed a share of the points with his strike two minutes earlier, but the Liverpool loanee was culpable as Harry Toffolo broke through and set up Levi Colwill to make it 2-1.

The third Championship loanee, Sepp van den Berg, atoned for an unfortunate midweek own goal as he played the full 90 minutes and helped keep a clean sheet as Preston beat Peterborough 1-0.

Further down the pyramid, Paul Glatzel was out of sorts in Tranmere’s 1-0 defeat to Newport County, with the young forward berated by his goalkeeper Joe Murphy for pulling out of a challenge that almost led to a goal.

Jakub Ojrzynski conceded for the first time in his loan with Welsh club Caernarfon Town, and did so five times as The New Saints emerged 5-3 winners in a dramatic clash.

Vitezslav Jaros was also unable to record a clean sheet as St Patrick’s Athletic suffered a 3-1 loss to Finn Harps.

Liverpool are expected to sanction another loan deal later on Monday, with Ben Woodburn due to complete a half-season switch to Scottish Premiership outfit Hearts.