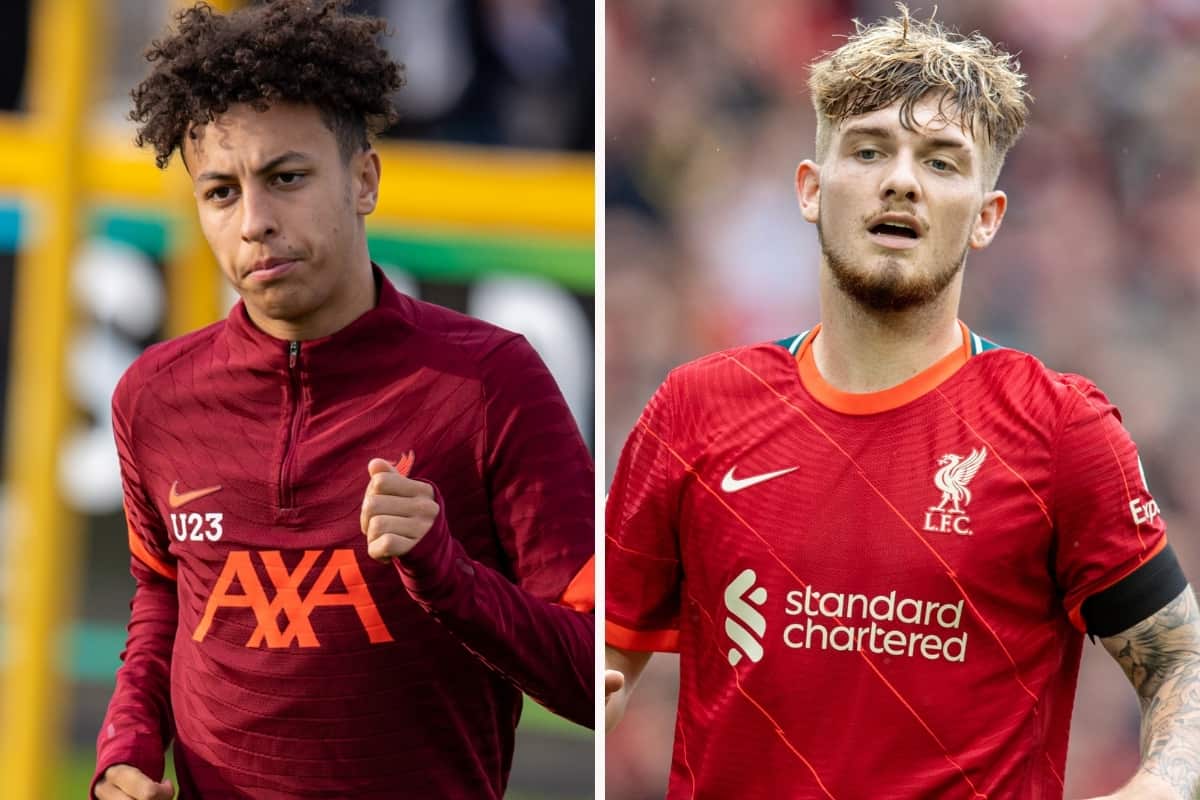 Liverpool under-23s Tom Clayton has compared the impact Kaide Gordon has made to that of Harvey Elliott, with the 16-year-old possessing a “bit of magic.”

It is only seven months since Gordon joined from Derby in a deal worth £3 million, but after a gradual start the 16-year-old is making big strides.

A marquee pre-season with the first team has been followed by a step up from the under-18s to the under-23s, scoring from long range in the 3-1 victory over Everton on Monday night.

He is the youngest player in the squad, but also one of the most talented, with reports claiming he is being considered for a senior debut in the cup competitions this season – perhaps as early as Norwich away next month.

With Elliott having made the step up Jurgen Klopp‘s squad as a starter this term, Clayton believes Gordon will not be far behind.

“Sometimes, you see players getting a lot of media attention, then they come in, and you think ‘he’s not that good’…well, Kaide is!” the 20-year-old told Goal‘s Neil Jones.

“You can judge people quite quickly, whether it’s their passing or their first touch.

“It was the same with Harvey as it was with Kaide. It was ‘wow, he’s got something special’.

“I try to stay away from him in training! It’s tough, because he’s got that bit of magic in him. I’m just glad I don’t have to play against him every weekend!”

Gordon is eligible to play for both the U23s and U18s this season, and it has been suggested that he could play for both sides along with the seniors when required.

There is a chance he bolsters the U18s squad for the FA Youth Cup as well as playing against first-team opposition with the under-21s in the EFL Trophy, while being an option in both the FA Cup and League Cup.

Klopp and his staff will be in ongoing discussions with academy director Alex Inglethorpe regarding Gordon’s progress, with U23s coach Barry Lewtas aware of the plan.

“We certainly don’t want to hold him back. We want him to keep playing at the pace he’s playing, and improving at the rate he’s improving.

“We want to keep turning the screw on him, and hopefully this season he’s a match-winner for us.”