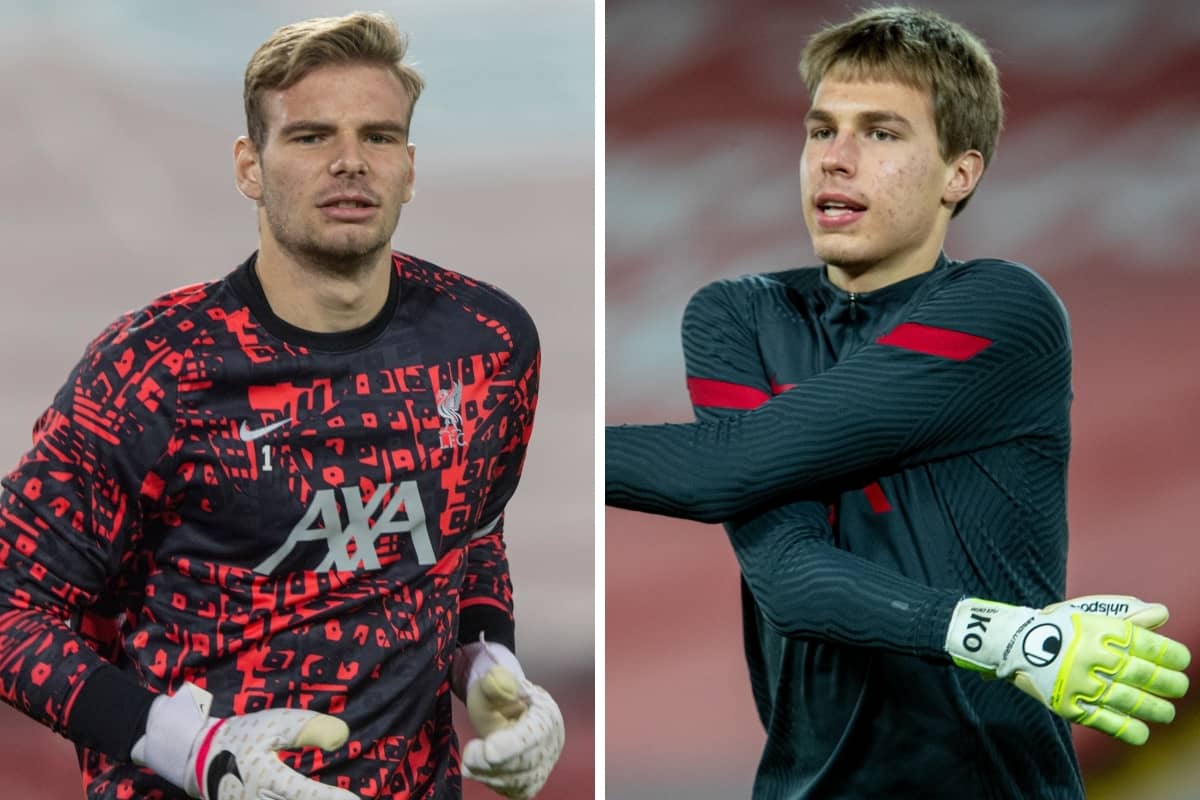 Liverpool goalkeepers Jakub Ojrzynski and Vitezslav Jaros were in the thick of the action on loan this weekend, with the latter involved in a horror collision.

The weekend saw a return to play for the Reds across the age groups, with the first team enjoying a 3-0 win at Norwich, the under-23s holding Man City to a 0-0 draw and the under-18s thumping Stoke 5-3.

Away from Liverpool, it was a mixed weekend for the club’s six loanees, with goalkeeper duo Ojrzynski and Jaros in the headlines for their involvement.

For Ojrzynski, it was for all the right things as the 18-year-old kept a clean sheet in his Welsh debut at home to Haverfordwest County.

The Pole had already recorded a shutout in his bow for the club in a 3-0 cup win over Ruthin Town the previous weekend, and followed that up for a series of strong saves in a 2-0 victory at the Oval.

In Ireland, though, it was a less positive night for Jaros as he suffered a clash of heads with his own team-mate Lee Desmond, which left the defender to be stretchered off after recovering consciousness on the pitch minutes later.

Jaros came through the collision unscathed, but there were real concerns for Desmond who was ultimately discharged from hospital the following day.

St Patrick’s Athletic sealed a 2-1 win over Waterford in the tie, however, which keeps theirs and Jaros’ title hopes alive with 12 games to go.

Elsewhere, Paul Glatzel played 60 minutes in Tranmere’s 0-0 draw with Port Vale, playing up front – after an impressive showing earlier in the week as he laid on an assist in the eventual League Cup defeat to Oldham on Tuesday night.

Sepp van den Berg completed the full game as he started as a right wing-back for Preston, but was unable to celebrate a win as North End lost 2-1 to Reading.

Adam Lewis was not involved as Livingston earned a penalty shootout win over St Mirren in the Scottish , with the left-back ruled out due to injury.

Finally, Monday night could see Anderson Arroyo make his debut for Mirandes, who play Malaga, having received international clearance last week before training with his new team-mates for the first time on Thursday.