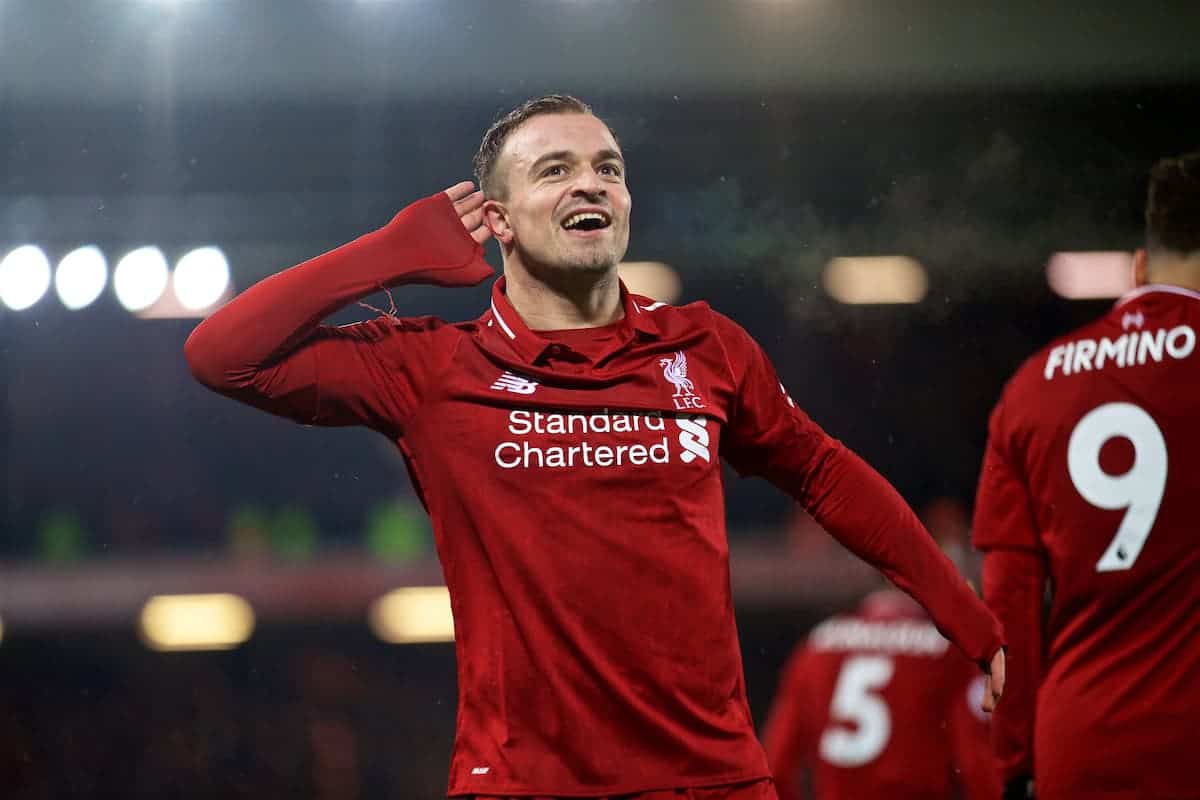 Xherdan Shaqiri has sent his well wishes and thanks to Liverpool fans after his three-year spell with the club came to an end earlier in the week.

The 29-year-old sought a new challenge this summer after acting as a squad player for Jurgen Klopp since 2018, where he would make 63 appearances.

Lyon is his new home after a deal worth £9.5 million was agreed earlier in the week, making him the sixth player to be sold this summer for a total of £42.8 million in sales.

Shaqiri is set to take on an important role for the Ligue 1 side, a position he was unable to fulfil at Anfield – but he was not without his moments.

From his brace against Man United to his Everton goal and crucial assist in the Champions League semi-final with Barcelona, the former No. 23 supplied Reds with moments to savour.

And after his departure was confirmed, Shaqiri penned a quick note to Liverpool supporters on Instagram to thank them for their support. 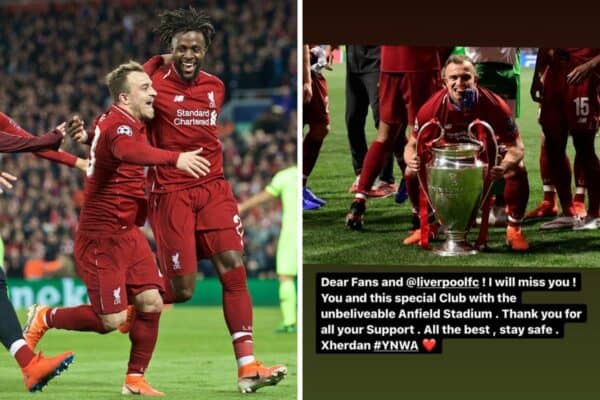 “Dear fans and Liverpool FC, I will miss you! You and this special club with the unbelievable Anfield stadium,” Shaqiri penned on Instagram.

“Thank you for all your support. All the best, stay safe. Xherdan #YNWA.”

The 29-year-old left Anfield with four major honours to his name with eight goals and nine assists across his 63 games, of which only 25 came from the start.

But many more are set to come his way as he continues his career with Lyon and Reds will no doubt watch on with interest to see how his next chapter unfolds.