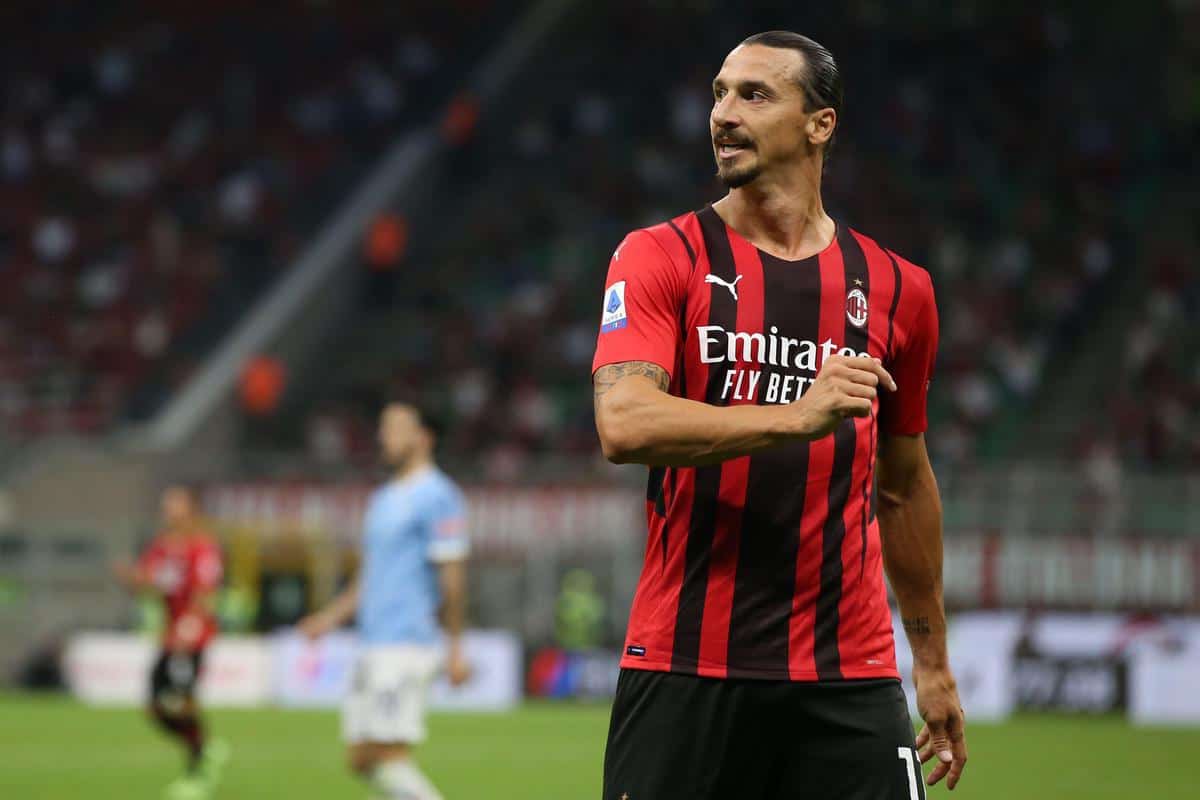 AC Milan made it three wins from three ahead of their trip to Liverpool in the Champions League, with Zlatan Ibrahimovic clashing with Lucas Leiva at the San Siro.

After finishing second in last season’s Serie A, Milan have begun the new campaign in perfect form, with victories over Sampdoria (1-0) and Cagliari (4-1) before the international break.

Stefano Pioli’s side were back in action on Sunday evening as they hosted a Lazio outfit that included ex-Liverpool trio Lucas, Pepe Reina and Luis Alberto.

The hosts lined up in a 4-2-3-1 formation, with Ante Rebic leading the attack in the absence of Olivier Giroud, who is currently sidelined due to COVID-19.

Rebic played a pivotal role in Milan’s victory as he deputised up front, teeing up both goals in a 2-0 win as Rafael Leao and Ibrahimovic found the back of the net.

Milan could have enjoyed a bigger scoreline, too, had Franck Kessie been able to convert his penalty, with the Ivorian – linked with a move to Liverpool in recent months – striking the bar from the spot.

A dominant performance was rewarded as Leao opened the scoring before half-time and then Ibrahimovic, making his first appearance since suffering a knee injury in May, came off the bench to secure the three points.

The full-time whistle brought ugly scenes as players and staff clashed and Maurizio Sarri received a red card, with Ibrahimovic tussling with Lucas.

The cult of Zlatan is fuelled by these incidents, of course, and hopefully, the coverage ahead of Wednesday’s Champions League opener can avoid too much focus on the 39-year-old.

It is unlikely Ibrahimovic will start at Anfield, with Giroud now having tested negative for COVID-19 and expected to vie with Rebic for a starting spot.

Milan have few other fitness problems to consider ahead of Wednesday night, which is a stark contrast to their opponents in Group B after Harvey Elliott suffered a long-term ankle injury against Leeds.

Roberto Firmino is also due to miss the Milan game, along with Takumi Minamino, with Klopp likely to retain most of his starting lineup from Sunday’s 3-0 win at Elland Road.

With three wins from three in Serie A, Milan will arrive on Merseyside full of confidence, with Fikayo Tomori, Sandro Tonali and Brahim Diaz among the key players in an exciting squad.