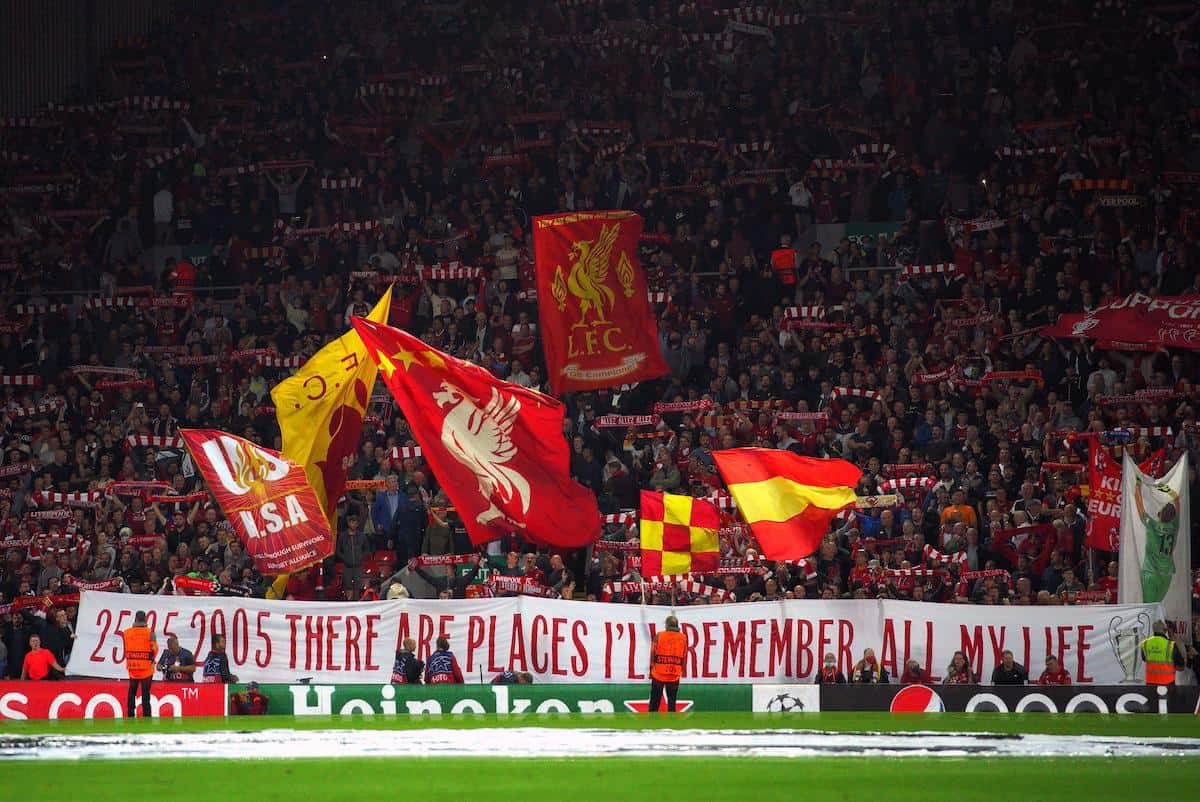 Life gets busy and time moves fast but Anfield presents a rare chance to slow down and appreciate the moment, especially when it was 554 days in the making, writes Joanna Durkan.

The absence of the sounds that make you, you were deeply felt for more than 18 months but the return of European football offered me the chance to reacquaint myself with what makes the home of Liverpool Football Club so very special.

It is so easy to take going to the match and all it encompasses for granted but as they say, absence makes the heart grow fonder.

And after 18 months with my pre-match traditions very much out of practice, I was more than ready to return.

Jurgen Klopp spoke reverently about his excitement of experiencing a European night with the fans once again on the eve of AC Milan’s visit and it was a sentiment echoed by tens of thousands.

It simply has a different feel to it and with the lifeblood pumped back into Anfield, football means something again and you could feel it in the air. 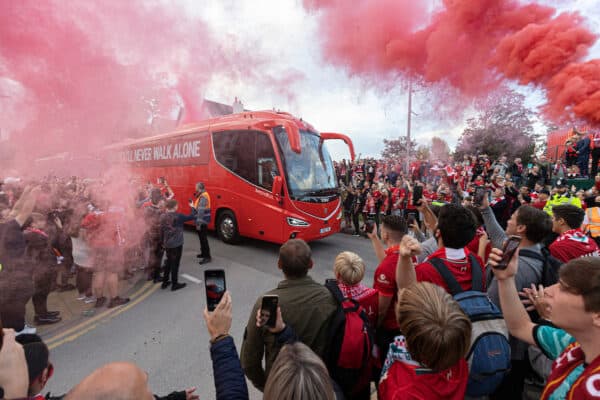 The young and the old from near and far, those voices may sound different but the buzz was all the same.

The sight of seeing reunions one after the other following an extended absence was heartwarming, as it was for those clearly stepping foot into the stands for the very first time.

A young boy, in particular, had an audible gasp as he reached the opening looking toward the pitch and took it all in, the unbridled joy was clear and it’s a feeling you could do with bottling up.

It’s what it’s all about.

As is the pre-match chatter and jitters, the eyes that are cast on scores elsewhere before kickoff and the predictions for what could lay in wait for Jurgen Klopp’s men this time around.

And on this occasion, they lived up to their predecessors with a drama-laden night against AC Milan – would we really want it any other way…? 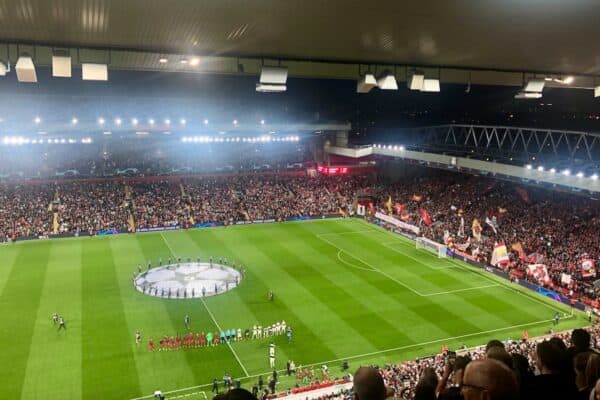 Anfield was once again a living and breathing organism and the sound of You’ll Never Walk Alone reverberating around the ground saw another domino of normality fall into place.

My ears were already ringing in the presence of over 50,000 Reds and the emotional rollercoaster had yet to even begin!

Liverpool started like a house on fire and Anfield matched them at every turn; from renditions of ‘the Scouser in our team’, ‘Allez Allez Allez’ and ‘Mo Salah running down the wing.’ And so it wasn’t just Jurgen’s Reds applying the pressure on Milan’s throats.

Then those three or four minutes arrived to turn it all on its head, but the obvious disappointment was shelved and there was no sign of the doom and gloom that we have all become accustomed to on social media.

There was no reason to panic and Liverpool proved just that.

Salah got the goal he so desperately craved and while his celebrations were muted in fear of an offside flag, he would spark a response from Anfield with his fisted celebration on the halfway line once it was, in fact, confirmed.

No one can say that man does not care for this club.

Then the crowd were on their feet as one for Jordan Henderson, what a hit son. He doesn’t do things in half measures, does he?

The skipper more than deserved to have his name sung from all four corners, there was hardly a blade of grass he didn’t cover on the night and you can truly appreciate that from the vantage point of the stands.

From anticipation to giddiness and then disbelief to confusion followed by ecstasy – the night had it all, Anfield was whole again and the power of European nights was well and truly felt.

A 90-minute escape from reality and our spiritual home more than delivered, as did Jurgen’s mighty rotated-Reds.

The feeling was more enough to tide me over on the long journey home and I may never want to see a roadwork related cone again, but I am certainly counting down the days until I can be back at Anfield.

Bill Shankly was certainly on to something when he said, “The very word Anfield means more to me than I can describe.”