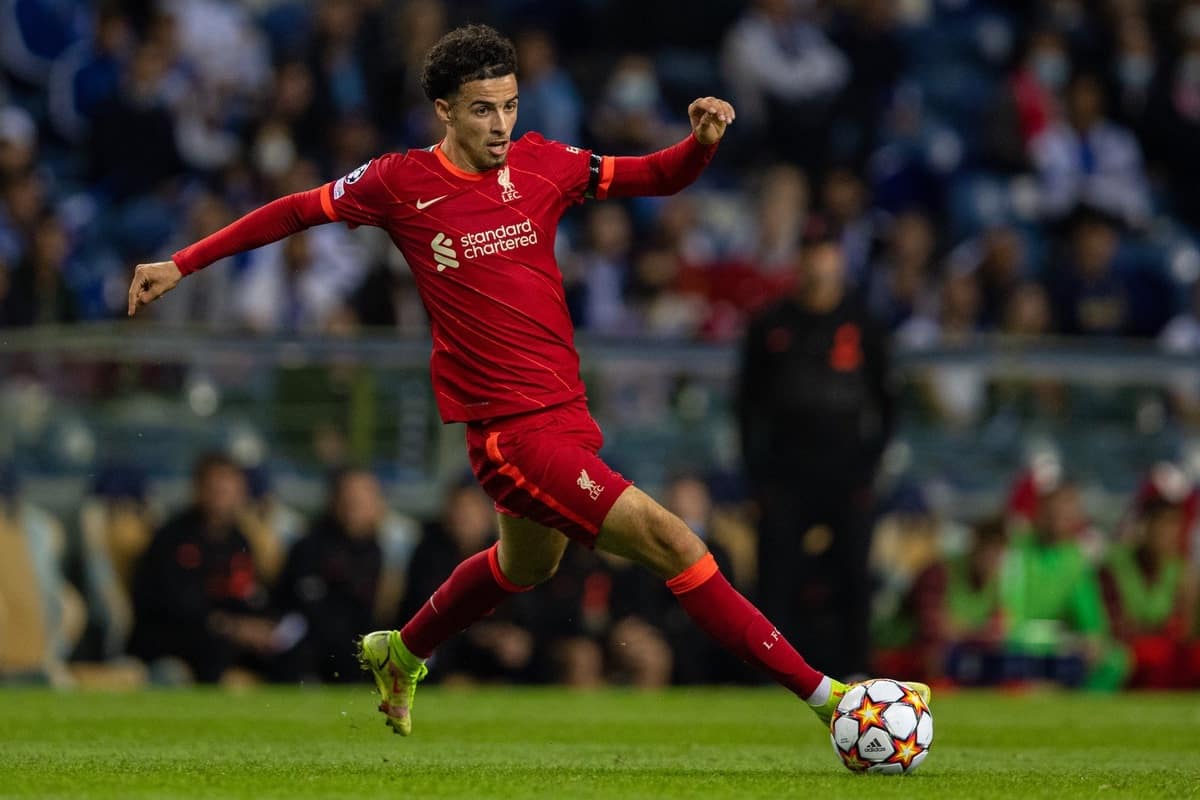 On a day where Liverpool lost one of their all-time greats the Red arrows turned on the style in front of goal, but it was Curtis Jones who shone the brightest, writes Steven Scragg.

It was almost with a degree of nonchalant contempt that Liverpool brushed Porto aside on Tuesday night. This is the third time they have been drawn to face Porto in the last five seasons, and our last two visits to the Estádio do Dragão had accumulated a combined 9-1 scoreline.

By the time Jurgen Klopp’s team departed the pitch from their latest duel with the two-times European champions, that ratio had been increased to 14:2.

On a day when Liverpool mourned the devastating loss of Roger Hunt, it was fitting that beyond the wonderful performance of Jones, that it was their goalscorers who were front and centre.

Mohamed Salah, Sadio Mane and Roberto Firmino all hit the target, while on a night where he was back in his old neighbourhood, up against former employees, Diogo Jota was massively unlucky not to follow suit. This was an utterly dominant Liverpool, yet also one which made it look as if they were cruising along in third gear all night.

Totally the opposite of the experiences of Saturday evening at Brentford, Porto appeared a team within a state of psychological paralysis, and none more so than their goalkeeper, Diogo Costa, with high comedy goals shipped to Mane and Firmino in particular.

Seemingly forgetting he was in possession of arms for Liverpool’s second goal, Costa’s rush of blood for the fourth was akin to a man who had suddenly remembered he had set the bath running 20 minutes ago. 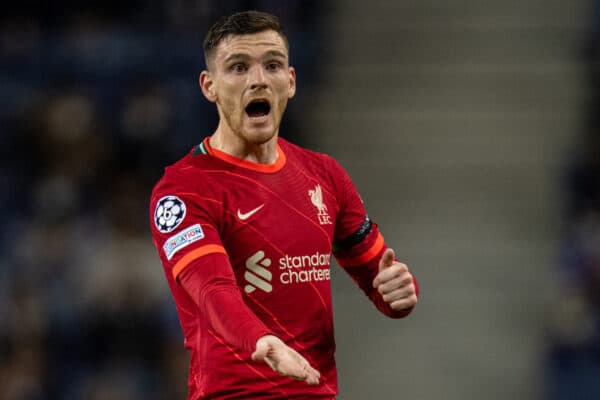 Largely the perfect night for Klopp and his players, Alisson had little to occupy himself with but was the living embodiment of human Velcro on the rare occasions he was called upon, while James Milner, the jack-of-all-trades and master of the lot of them, made another mockery of those who doubt his ability to cover any position asked of him. It has reached the point that I’m convinced he’d be boss in goal and sound at working the kiosks on matchdays if required.

Andy Robertson linked beautifully with Mane, while Virgil van Dijk and Joel Matip played within an incensed air of somebody having eaten the last chocolate biscuit when the local shop has just shut its doors for the night in response to Saturday’s trials and tribulations.

While not everything came off for him, Jordan Henderson was perpetual motion in his 400th Liverpool game; Fabinho was out to put the wrongs of his Brentford performance right, and for Salah, Mane, Firmino and Jota it must have felt like Christmas.

Jones was perfection, however. On the outside looking in as the season got underway, his response has been to bide his time and not to waste his opportunity when it arrived. Three games in a week with this as the cherry on the cake, and an overall feeling that I’ll be gutted if he sits out the visit of Manchester City on Sunday, the future of Liverpool’s midfield is in safe hands.

Finding himself at the root of absolutely everything, the full range of Jones’ abilities were on display, dropping deep, driving forward, drifting wide. There is a magnificent meandering nature to him that is utterly unique, and it is combined by his propensity to keep hold of the ball for what seems like half an hour at a time. If Jones were in a band, he’d be lead guitarist, able to bang out an effortless 20-minute solo riff while his other band members take a breather.

My mind keeps drifting back to that line Jones had in the fabled coconut milk advert, uttered to Robertson: “Follow your dreams, lad.” Someone needs to be making a banner for him.

On the touchline, and eventually slumped in his seat, Sérgio Conceição was left to bask in the hopelessness of his players’ mission. Armed with a plan to exploit weaknesses in the Liverpool team that he had deciphered, Klopp’s side instead lived up to the Porto coach’s pre-match assertion that when they want to be, Liverpool are the best team in the world. It must have been like trying to fend off a swarm of footballing ninjas.

This was Liverpool sending out a powerful message of their own. Two wins out of two in what was billed as an unforgiving group, should we now navigate the doubleheader against Atletico Madrid with our unbeaten start still intact, then we will have almost trivialised what on paper was a difficult task. 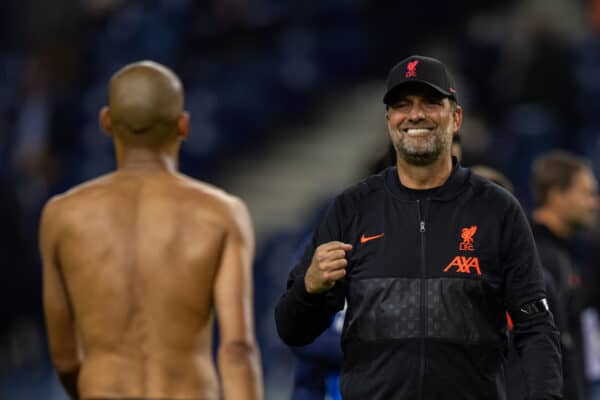 Easier said than done, however. Diego Simeone has without a doubt been a thorn in our side but we have given ourselves the elbow room to cope with a couple of antagonistic evenings against reigning LaLiga champions.

As part of these games, there will be another reunion with Luis Suarez, scorer of a late winning penalty at the San Siro against AC Milan on Tuesday night. While a draw between the two would have been perfect, Atletico snatching a winner means that they might well come at us in a few weeks’ time without the urgency of a team still looking for a first group stage win might have.

Back to the Premier League we now go, with the impending visit of a Manchester City side who have just been handed a European lesson of their own, yet with the glow of a win at Stamford Bridge still fresh in memory.

This will be the last act before the latest international break, and it is going to be a seismic one.