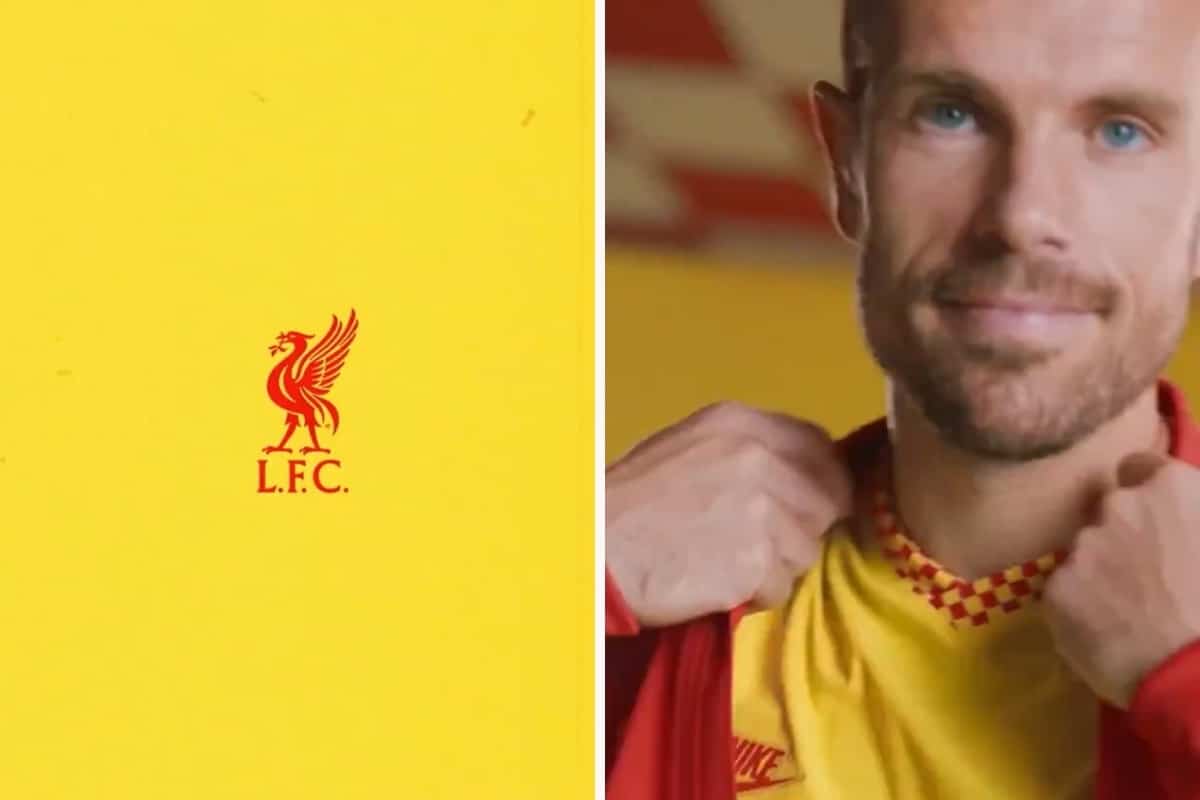 Liverpool are to finally unveil their new Nike third kit for the 2021/22 season, with the first official glimpse showing off a yellow and red combination.

The Reds have already seen the home and away kit released for the current campaign, but the release of the third kit has been much later than usual.

So far, Nike’s second season has led to mixed reviews from fans as is usually the case when it comes to new kits, but the club will hope the new strip proves as popular as the ecru away edition.

Liverpool have now confirmed that the third kit will be unveiled at 8am BST on Wednesday, September 8, and This Is Anfield will be on hand with all the photos and details upon release.

The new kit will be available for fans worldwide on Liverpool’s official website, with the club having provided a taste of what is to come with a short clip across their social media platforms.

The short post offers a glimpse at the third kit, with yellow the predominant colour with a chequered v-neck and a different look Nike logo.

Jordan Henderson, Virgil van Dijk, Alisson and Ibrahima Konate are all involved in the launch, teasing at what is to come.

The kit is to be a throwback to the 1980s, with the yellow and red combination a successful one under the tutelage of Bob Paisley, Joe Fagan and Kenny Dalglish.

For more information and all the details and reaction to Nike’s new Liverpool third kit for season 2021/22, be sure to stay tuned to This Is Anfield on Thursday morning, with the release to take place at 8am BST.