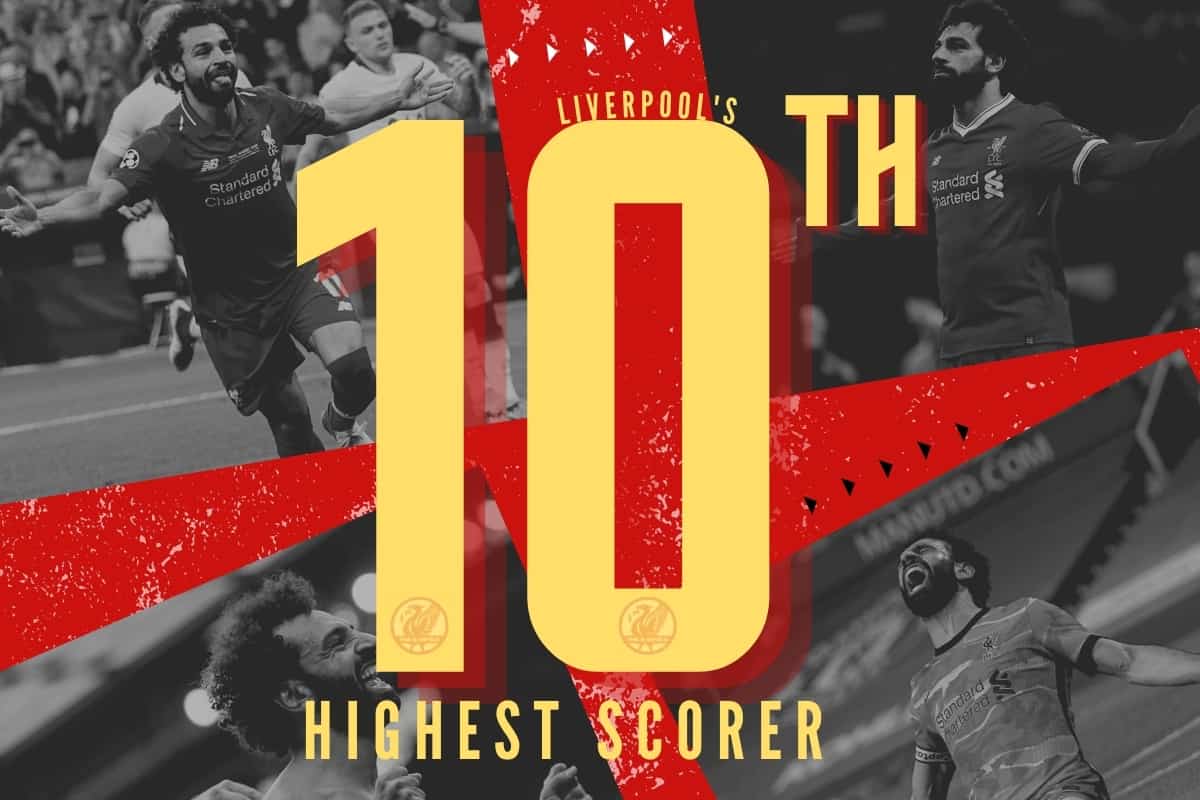 With his 131st goal for Liverpool tucked away at Brentford, Mohamed Salah‘s legend at the club continued to rise as he now claims 10th spot in the top goalscorers list.

What a one season wonder the No. 11 has turned out to be…

Salah scored the second on a frenetic night in West London, his sixth goal in just seven appearances this season.

The 29-year-old is not new to records and milestones coming his way, they seemingly arrive after every game he plays such is his stunning return since landing at Anfield in 2017.

And in the four years since he arrived, he has played 210 games and by netting his 131st goal on Saturday, Salah is now the club’s outright tenth highest scorer of all time.

The No. 11 had shared the spot with Sam Raybould, who starred in the early 1900s, temporarily after his strike against Crystal Palace.

Now the honour is all his, but there are still a number of names he could hunt down to move further up the list.

Harry Chambers (151) and Michael Owen (158) are the closest targets and a 34-goal season at the very least would see the Egyptian move into eighth spot.

Incredibly, Salah’s goal at Brentford also coincided with his 100th in the Premier League for Liverpool and he became the fourth-quickest to do so in the league’s history after reaching the century in 151 matches.

“Incredible moment. He’s been incredible ever since he came to the club. He is a fantastic lad,” Jordan Henderson said of his teammate after yet another milestone.

And to think the majority of his goals have come as a right-winger. The sky is the limit for Salah and more history no doubt beckons.

Liverpool’s Top 10 Goalscorers of All Time