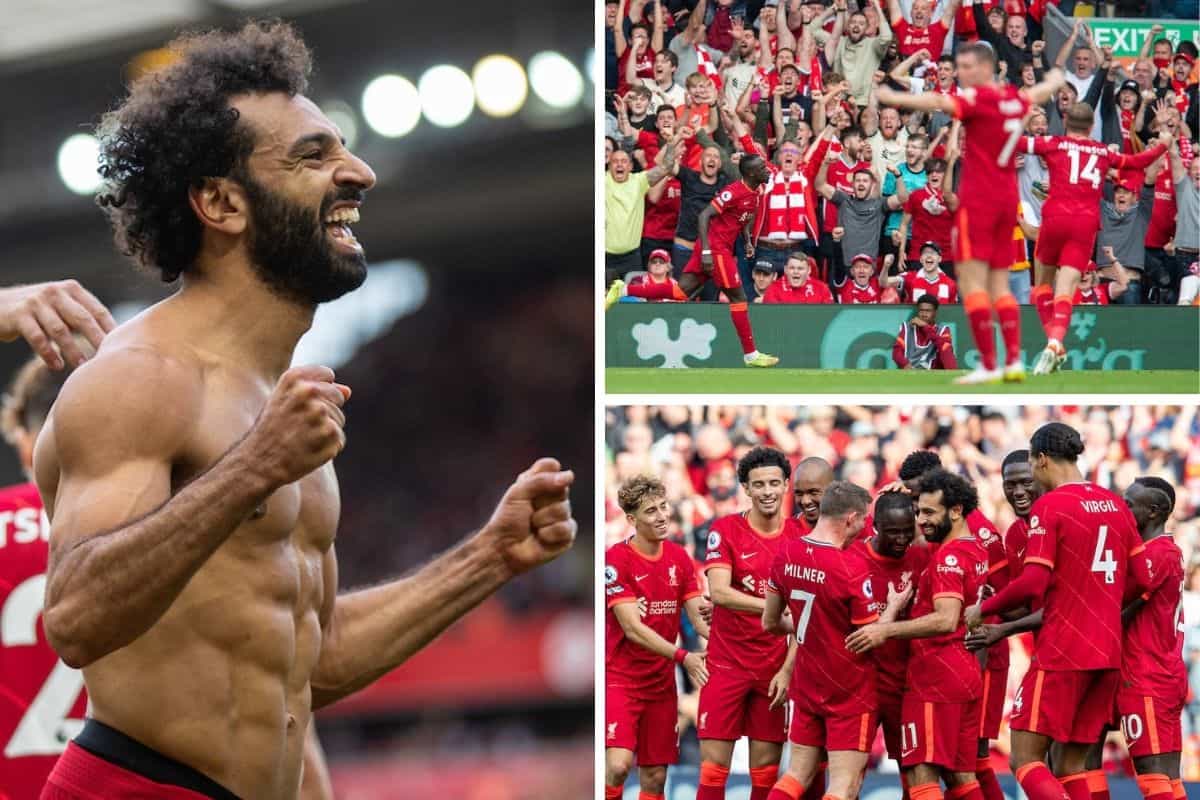 Mohamed Salah was topless, Naby Keita left jaws dropped and Sadio Mane had records in his hands, it was some return to Premier League football after the drama of mid-week.

Jurgen Klopp‘s side returned to Anfield three days after their Champions League victory aiming to maintain their unbeaten streak, and they did just that thanks to three emphatic goals.

The Kop was it’s colourful self pre-kickoff, with an autumnal Saturday afternoon providing the backdrop as the Reds searched for nine successive wins over Crystal Palace.

It took until the cusp of half-time for the deadlock to be broken, but who else could it be but Mane having scored in his last eight against the Eagles?!

He was the quickest to react and it sent Liverpool on their way, with Anfield more than happy to embrace their No. 10 – who now has 100 goals for the Reds.

There was a shocking miss or two in the early exchanges, however, with Diogo Jota‘s overzellous attempt lending itself to more than a few shocked faces… 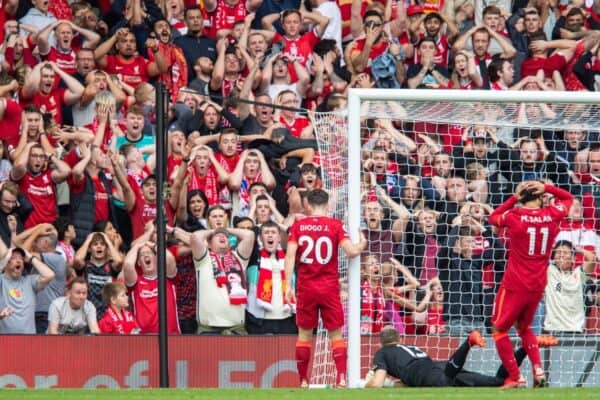 Ones that would then turn to utter delight as Salah scored for the fourth game in succession, this time with a powerful volley that saw him wheel around to the Kop and swiftly take off his top.

His celebration clearly asked, are you not entertained?

It was then Naby Keita‘s turn to stun Anfield with a jaw-dropping volley that was in the back of the net in a flash.

The obvious pick of the bunch and his face said it all. 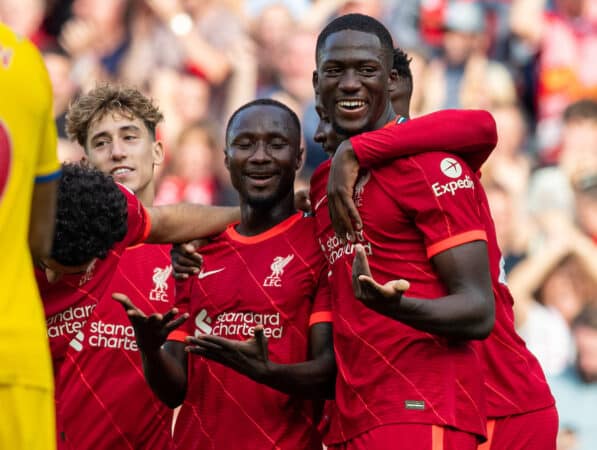 A deserved win and clean sheet that keeps Liverpool unbeaten this season and 15 games overall in the Premier League. What a team. 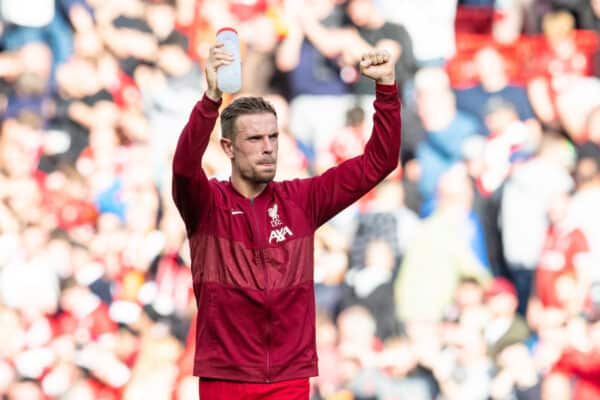 ‘The Reds have got no money, but we’ll still win the league’. Up the Reds!