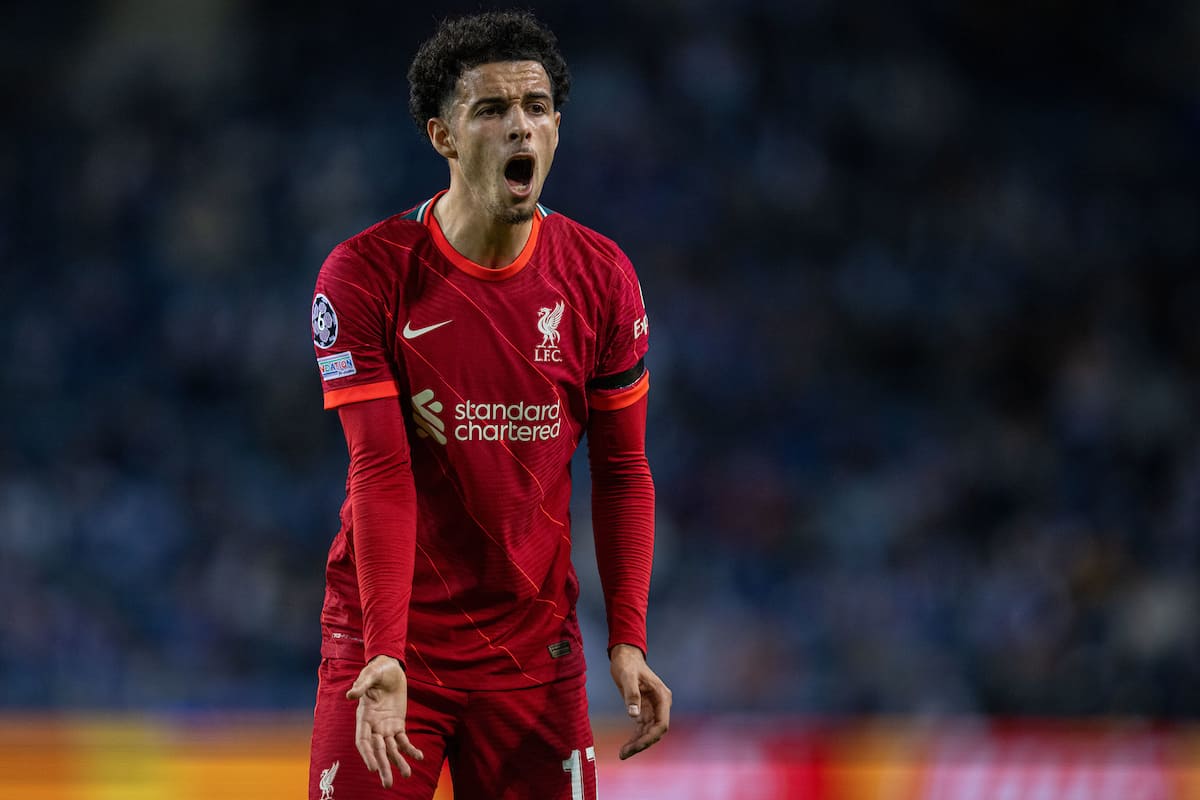 Curtis Jones was spotted on the training pitch with the Liverpool squad ahead of Tuesday’s clash with Atletico Madrid, but the midfielder will not travel to Spain.

Jones headed out onto the turf at Kirkby on Monday afternoon alongside 20 other outfield players, including academy youngster Elijah Dixon-Bonner.

Thiago was still absent due to a calf injury, while neither Alisson nor Fabinho were part of the group as they are already in Madrid ahead of the Champions League tie.

However, while Jones was then expected to be involved against Atletico, having missed the 5-0 win at Watford with a groin problem, Klopp has ruled him out.

The 20-year-old will not be part of the travelling squad, with the decision made instead that he would remain on Merseyside to reach full fitness ahead of the trip to Man United on Sunday.

“Unfortunately, Curtis was only with us in the warmup,” Klopp told reporters, “and will be here in Liverpool to hopefully make the final steps to full training.

“Today he only warmed up then did his stuff.

“Still individual training, we decided to leave him here to continue that. Then hopefully he’s ready for United.”

Liverpool remain without Jones, and Harvey Elliott from their midfield ranks, though it is unlikely Dixon-Bonner will be included on the flight.

Instead, Klopp is set to pick from Fabinho, Jordan Henderson, Naby Keita, James Milner and Alex Oxlade-Chamberlain, with his most feasible trio being , Henderson and Keita.

Jones could return to the starting lineup at Old Trafford on October 24, though, having impressed on an extended run in the side prior to his injury.