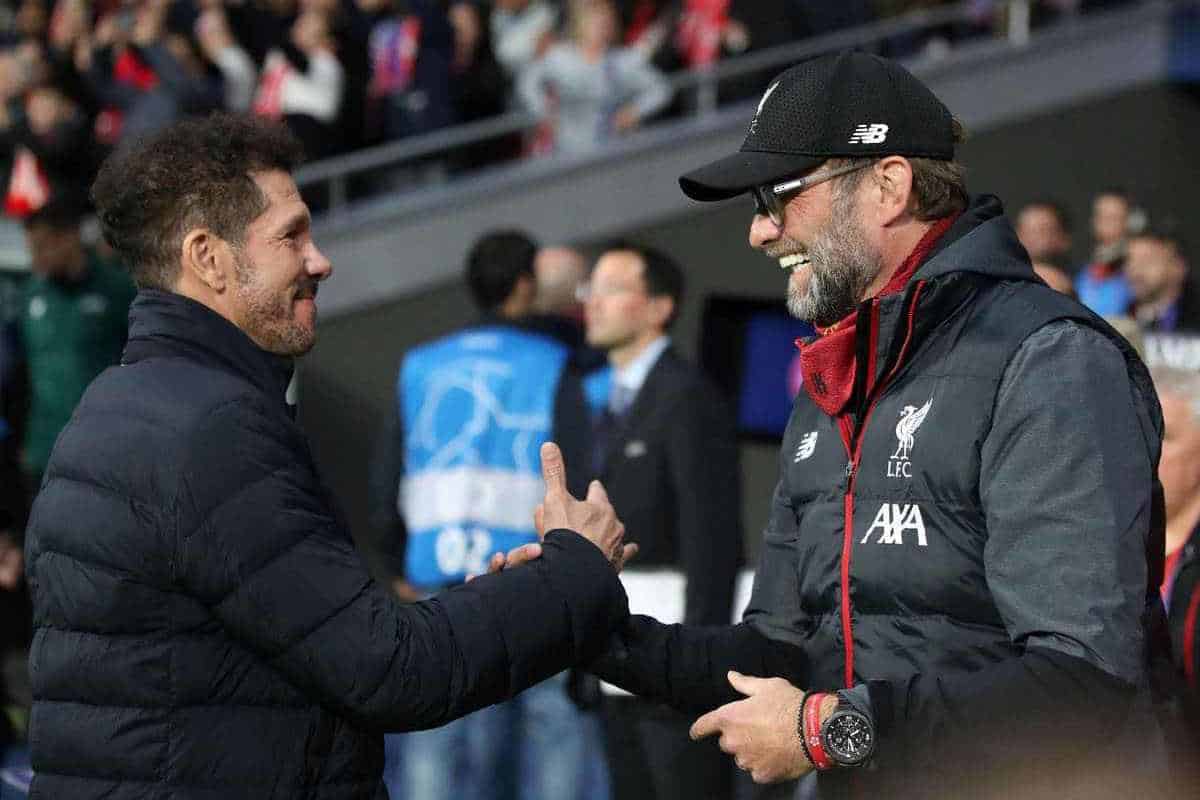 Liverpool defender Virgil van Dijk knows he is being closely watched to see how well he has recovered from knee surgery but feels he still has plenty of room for improvement.

It is exactly a year to the day since the Netherlands captain was given the diagnosis by a specialist he would require an operation on an anterior cruciate ligament tear in his right knee, after a challenge by Everton goalkeeper Jordan Pickford in the Merseyside derby, and his season was over.

After a full pre-season the Dutchman has played every minute of all eight Premier League matches so far, although he was rested for two Champions League ties against AC Milan and Porto as manager Jurgen Klopp was cautious not to overload his defensive linchpin.

The Reds boss may not have that option against LaLiga champions Atletico Madrid on Tuesday night but Van Dijk is confident there is still more to come from him.

“I know there are a lot of eyes pointing in my direction, wondering ‘is he going to be back in the same way’,” he said.

“They were already before but will be now even more, but it’s something I’m not thinking about. The only thing I can do is try my best each and every game.

“Everybody knows how difficult it is to come back from a knee injury. I don’t think there are a lot of examples of players who had an ACL and complex knee injury that gets back to his best after a year.

“I feel like I am improving. I have work to do but I don’t think about what others have to say or judge.

“The only thing to get there is to play games, to get better, to get more confident in the things you do, get back to normal things.

“I am not a robot. I’m my own biggest critic and I know exactly when I can do better.

“How I see it is to just improve as much as I can and I’m fairly confident in the way I see things.

“I’m playing at the highest level again, playing with a lot of joy, so far it is going in the right way and I am feeling fine but there is always room for improvement.”

While Klopp has been confident to rest Van Dijk against lesser opposition, Atletico at their own home – the stadium in which Liverpool won their sixth European Cup in 2019 – presents a considerable challenge.

Diego Simeone’s side have lost only two of their last 59 matches at the Wanda Metropolitano in all competitions and have a well-deserved reputation for being the toughest team in Europe to play against.

Klopp was certainly frustrated by their style when Atletico ended their Champions League title defence at Anfield in March 2020, a match played against the backdrop of the growing Covid-19 pandemic which saw all football suspended the following day.

The German did not quite apologise for his criticism of Simeone’s team not playing “proper football” on the night but offered an explanation, insisting he meant no offence.

“I said this after the second game and I was angry and disappointed about a lot of things: life a little bit as things were going wrong at that moment and we had to concentrate on football in a really strange circumstance,” he said.

“Then of course we played against a team full of first-class players who defended with all they had and that was probably the reason I said the things I said.

“Diego Simeone is doing everything absolutely right: he is the current Spanish champion, very successful there, has a bunch of world-class players who he keeps on their toes and they fight for all their life.

“That says a lot about the quality of Diego so I couldn’t have more respect for what they do. Do I like it? Not too much, only because I prefer a different kind of football.

“Other coaches prefer other styles so no one has to like it, it just has to be successful and that is what Atletico is.

“In very difficult times for football in Spain they did a very impressive job with signings and have a proper team and look for me the possible LaLiga champions again this year.”