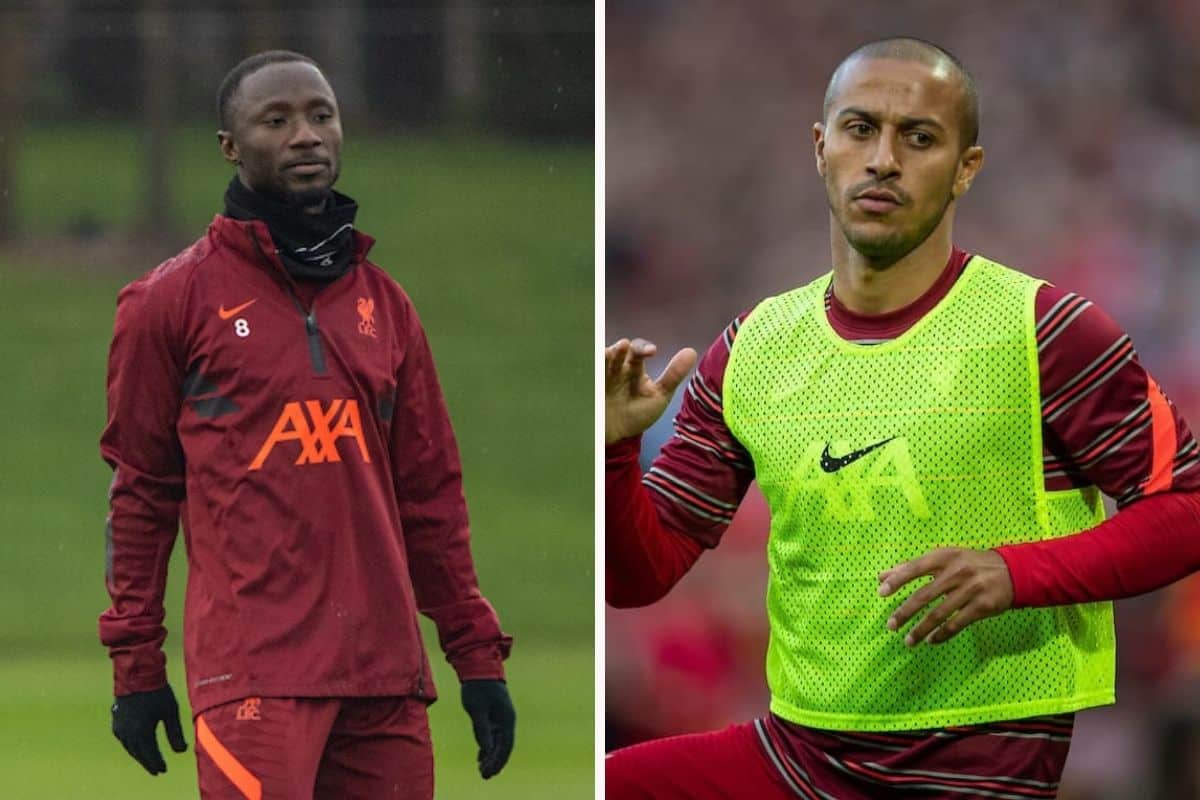 Liverpool’s midfield stocks have been subject to various injuries throughout the season but Naby Keita and Thiago both provided a welcome boost with their presence in training on Thursday.

The Reds’ forward momentum continued on Wednesday with another victory, this time against Preston in the League Cup and further challenges await in the coming week.

And Jurgen Klopp is to be boosted by the presence of two midfield options after they took part in training at Kirkby, two days prior to the visit of Brighton.

Thiago has been absent with a calf injury since the 3-0 win over Crystal Palace on September 18 while Keita was the subject of a reckless challenge by Paul Pogba on Sunday that made for a “very painful” injury.

“Brighton will be close, but probably not. He’s almost back, which is really important for us, of course,” Pep Lijnders said of Liverpool’s No. 6 on Tuesday, meaning a place on the bench is likely the best-case scenario.

? Thiago, Naby Keita, Kaide Gordon and Loris Karius were all back in #LFC training today! pic.twitter.com/WPH86FFDe7

Keita, meanwhile, could push for selection in the XI should he continue to have no lingering effects of the shin injury.

With James Milner out of action until after the international break, the boost could not come at a better time with meetings against Atletico Madrid and West Ham to follow the visit of Brighton.

Fabinho was not pictured with the main group after sustaining a knock to his knee in Madrid with the Reds taking it “day by day,” with Caoimhin Kelleher similarly absent.

With the exception of Elijah Dixon-Bonner and Conor Bradley, who had a late cameos at Preston, those who featured in the League Cup win were not present as they remain in the recovery phase.

Notably, there was a return for Loris Karius after an absence with a shoulder injury and 17-year-old Kaide Gordon was back on the training pitches.