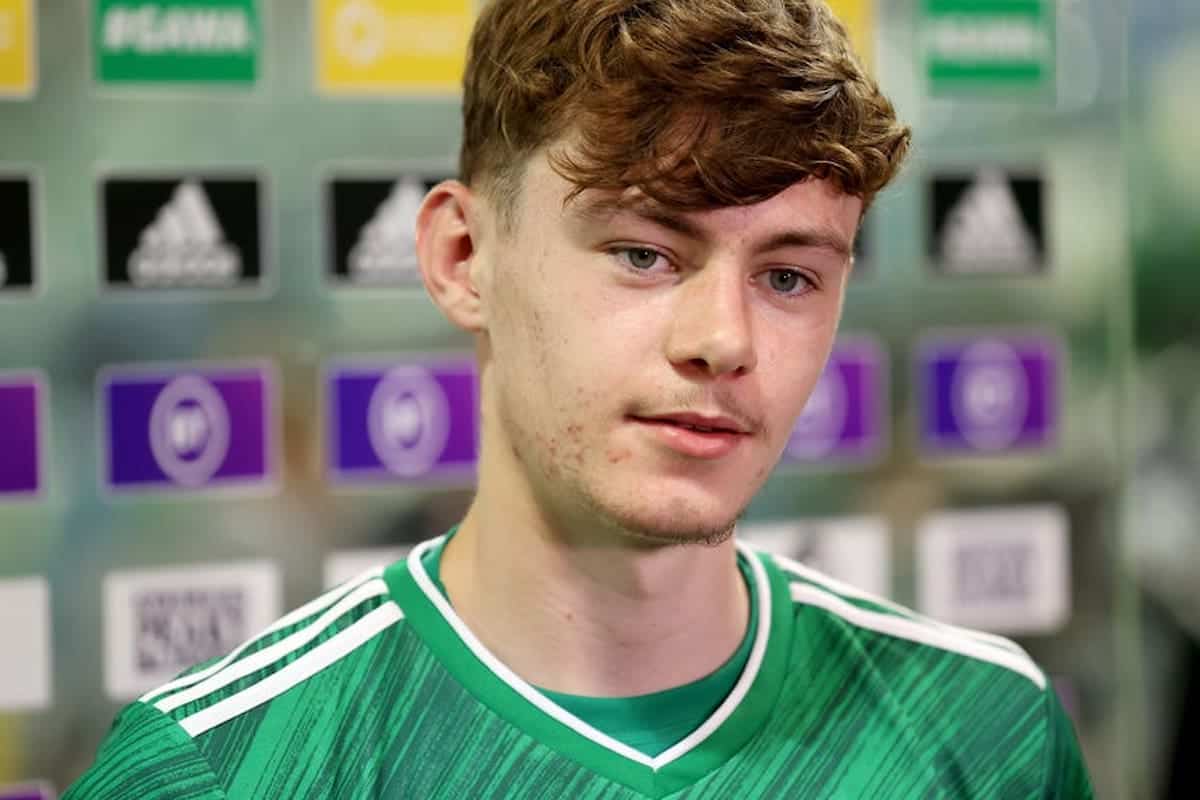 Conor Bradley’s display in his first Northern Ireland start offered Ian Baraclough some positives amid the disappointment of a dismal second half in their 2-1 World Cup qualifying defeat to Bulgaria.

Though Todor Nedelev struck twice in 10 minutes after the break to cancel out Conor Washington’s goal and cap a miserable week in which Northern Ireland’s Qatar 2022 dreams have been extinguished, the 18-year-old Bradley took another big step forward with an impressive performance.

The Liverpool full-back has already won plenty of fans among the Green and White Army for some robust challenges he has put in during late cameos, but his fifth cap came from the start and he was seen in a more advanced role as he pushed forward down the right.

Bradley was a constant thorn in Bulgarian sides as Northern Ireland dominated the first half, setting up chances for Jordan Thompson and Josh Magennis, while also winning a corner as he raced into the box to take on two defenders.

“It’s not just about tackles,” Bradley said. “I like to get forward, put balls in the box and take people on. Tackles aren’t all I can do and it was good to show the fans the other stuff I can do.

“Obviously we’re gutted, we felt like we should have come away with at least a point – if not three. We should have taken our chances, we had enough to win the game.

“But hopefully that’s the first (start) of many. I need to keep trying to impress Ian, keep impressing the coaches and keep trying to get picked for the squad.”

Baraclough withdrew Bradley in favour of Stuart Dallas in the 67th minute, shortly after the second of Nedelev’s strikes had turned the game on its head, but said that was not a reflection of his performance.

“We’re pleased with how he’s maturing and we’ve just got to make sure that continues.

“I didn’t bring him off because he was dropping in his play. I felt Paddy (McNair) might just have given us a bit more with his experience and Stuart Dallas, we knew we couldn’t play him for much more than half an hour so it was about trying to put that experience in there.”

Sadly for Northern Ireland, the moves did not work and Baraclough’s side rarely looked like getting back on level terms – a familiar problem for a team who have only twice recovered from losing positions to take a draw in Baraclough’s 18 games in charge.

With the World Cup dream dead after Jamal Lewis’ contentious red card and the 2-0 defeat in Switzerland on Saturday, the positive momentum built up last month has gone.