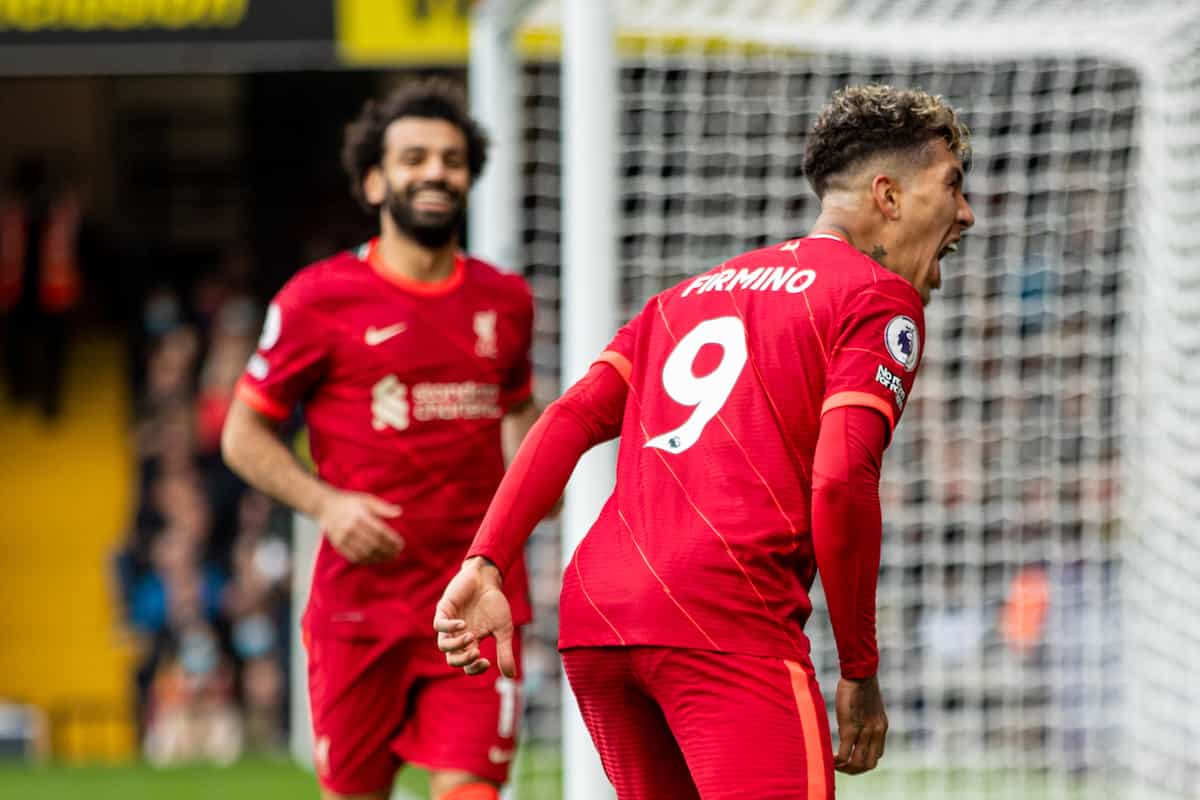 Liverpool remain the only unbeaten side in the Premier League after eight games but they also statistically have the three most in-form players in the division.

That is according to Sky Sports’ Premier League Power Rankings, which use 35 different statistics to rank each player with their latest five appearances.

And it’s a familiar and deadly combination who lead the way for the Reds following their barnstorming start, with the trio having combined for 16 of the team’s 22 league goals to date.

They are none other than Mohamed Salah, Roberto Firmino and Sadio Mane, who occupy first, second and third positions respectively across the entire Premier League after matchday eight.

Utilising goals, assists, blocks, tackles and a myriad of other criteria, which is also weighed by position, Sky Sports have allocated 9,921 points to Salah, 7,594 to Firmino and 7,441 to Mane, who is 222 points clear of next best Pierre-Emile Hojbjerg.

It’s a dominant position at the top especially when you consider the question marks that were placed over Liverpool’s ageing forward line that heavily relied on Salah last season.

While the No. 11 is clearly levels above the rest thanks to his world-best form, Firmino and Mane have both chipped in three and four goals respectively in their last five appearances.

Not to mention the defensive work they all contribute towards that has Liverpool placed as the team who have conceded the fourth-least goals (6) to date.

But special mention does have to go to Salah, whose place at the top of the power rankings cannot be disputed having contributed five goals and two assists in his five latest games.

All firmly as a right-winger, which continues to make his goalscoring feats all the more astounding not just this season but throughout his entire Liverpool career.

When Liverpool’s red arrows are fit and firing it always makes the task that much harder for the opposition and Klopp and co. will be hoping for another star display from the trio against Man United on Sunday.

And statistically, their most in-form player is Bruno Fernandes with 5,188 points, 4,733 less than Salah at the top.