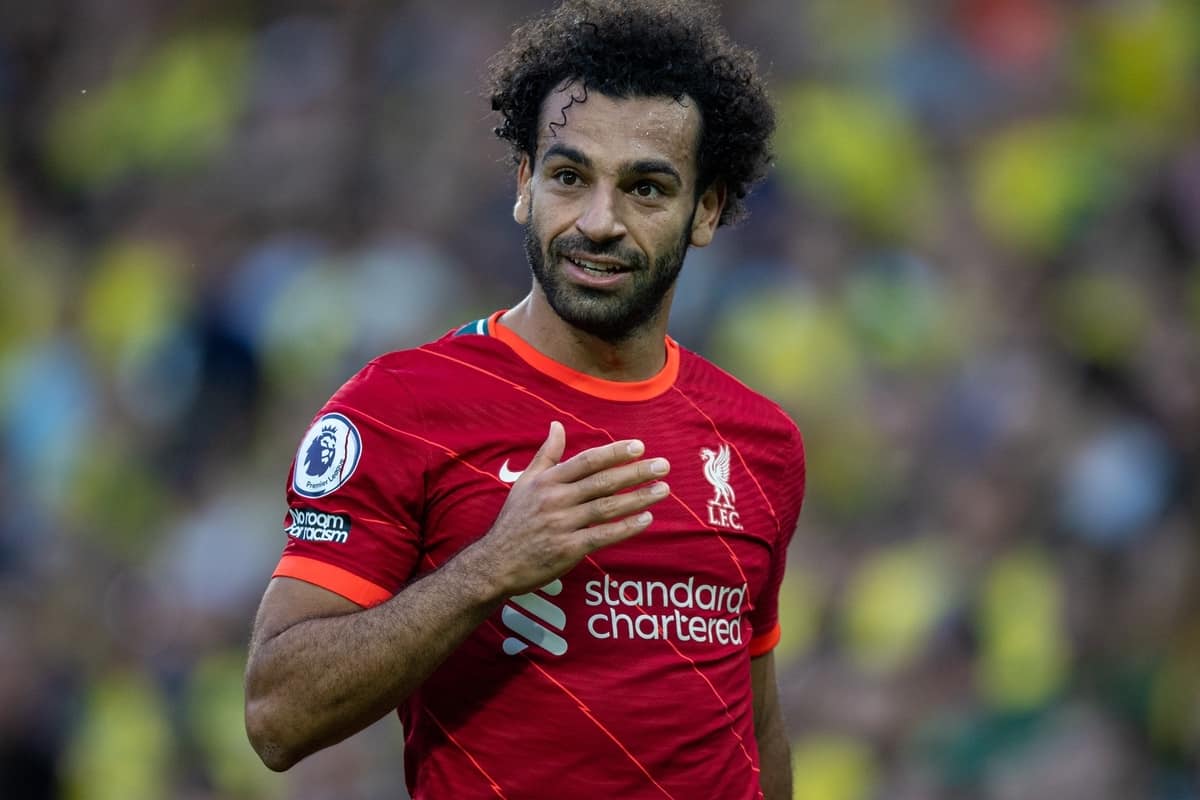 Over the last month there has been a lot of debate about Salah’s contract situation, as he has yet to follow the example of a number of senior players this year and sign an extension to a deal which expires in the summer of 2023.

Reports suggest the stumbling block is the Egypt international’s wages, with claims that Salah looking for £300,000-a-week-plus so he can have parity with some of the Premier League’s top earners.

Liverpool’s policy is not to hand out big contracts to players over the age of 30 – Salah reaches that mark next summer – but pundits like former Reds defender Jamie Carragher believes the club should pay the player what he is worth.

Salah, however, is concentrating on ensuring Jurgen Klopp’s side keep pace with Chelsea and Manchester City at the top of the table after an unbeaten start to the season.

“I’m trying to help always, to score goals and make the team win games – that’s the most important [thing].

“We have to give our best always to win something and I think we have the quality for that.

“We have a top team, so we have to push ourselves to the limit and try to win something. I’m sure everybody thinks the same.

“That’s what we need, just to keep in our head that we finish the season winning something.”

Klopp received a boost on Thursday with Diogo Jota joining the squad for training despite being sent home early from international duty with Portugal on Tuesday as he was not deemed fit enough to play in their World Cup qualifier.