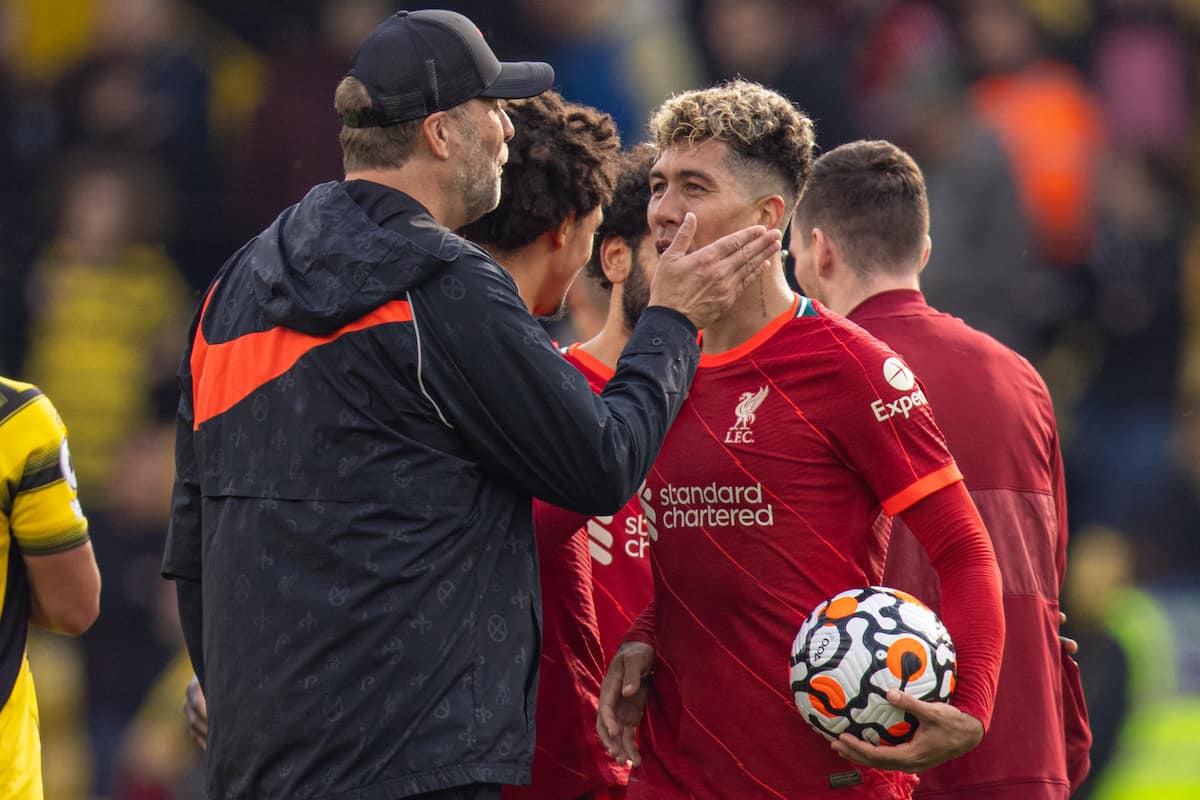 Roberto Firmino‘s genius lies in his unselfish and nuanced moves and it led Jurgen Klopp to ask the valid question of “How can you not love Bobby Firmino?” and the No. 9 has returned with praise of his own.

Firmino has been at the heart of Klopp’s Liverpool since the German arrived, playing more games for the boss than any other player in his management career with 294 appearances.

Klopp unlocked the No. 9’s potential and while significantly underrated by those outside of the club’s four walls, he’s anything but to those of the Liverpool persuasion.

And he showed as much at Old Trafford and while he did not register a goal or an assist, he played a crucial role in the dismantling of Man United which left Klopp to wax lyrical about his man post-match.

“Bobby for people with football knowledge, people will write books about how he interprets the false nine. We don’t say he invented it but it looks like at times,” he said.

Firmino has since responded in kind, explaining that if he is “a better player today, it’s a lot thanks to him.”

“Besides being an excellent coach, Klopp is a sensational guy, with a huge heart,” Firmino told Globo Esporte.

“And I can say that, if I’m a better player today, it’s a lot thanks to him.

“We’ve known each other since German football and, here at Liverpool, we’ve been together for six years.

“Today, I feel comfortable playing in more than one position, I have more freedom to move and also help with marking.”

As to his selfless nature, Firmino does not quite see it that way, instead insisting it is his role and that at Liverpool, “we play for each other.”

“I don’t see it that way. Each one has a very well-defined role on the field, it’s a team that has been playing together for some time and we know each other very well,” Firmino added.

“We play for each other for Liverpool, and that makes a difference.”

The Reds’ barnstorming start to the season has been evidence enough of the unity within the dressing room and that everyone is back on the same page after a tumultuous season in 2020/21.

Firmino has long been a key cog in the machine and with six goals and an assist in his first nine games to go with his work off the ball, it’s no wonder Liverpool are purring once more.