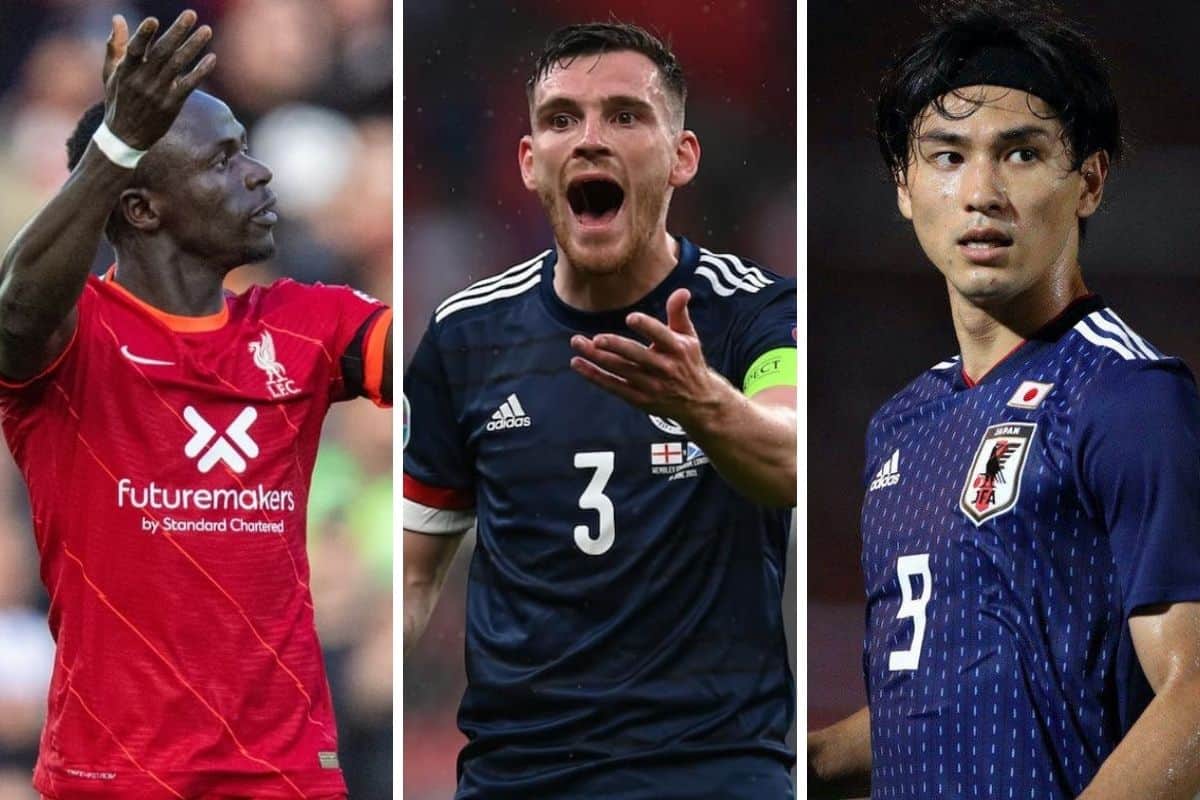 It was a busy and productive day for seven of Liverpool’s senior faces as the international break draws to a close, but the day was also significant for a host of youngsters.

Debuts and first starts, assists and a clean sheet, the close of the international break was a memorable one for a host of Reds as they now prepare to reunite at Kirkby.

Firstly, for Sadio Mane it was a result to celebrate as Senegal’s 3-1 win over Namibia saw his side become the first team to reach the third round of the African World Cup qualifiers.

Liverpool’s No. 10 has been in fine form for his country with a goal in each of his last five games, but this time out it was all about the assists.

He created Senegal’s opening goal with a well-weighted cross onto the head of Famara Diedhiou before teeing up the forward for his hat-trick in the 84th-minute with a driven ball into the six-yard box for an easy tap-in.

? Sadio Mane with 2 assists, Famara Diedhiou with 3 goals. Watch the highlights as Senegal became the 1st team to reach the third round of African #WCQ ?@famara2001 | @FootballSenegal pic.twitter.com/3aiuDhlvl7

But Mane was not the only one to notch an assist, with Takumi Minamino, who played 78 minutes, having set Japan on course for a 2-1 win over Australia thanks to a well-worked ball across the box for Ao Tanaka to convert in the eighth minute.

It was a frantic game that saw a Minamino penalty claim dismissed before Australia equalised from a brilliant free-kick, but an own goal late on sealed a Japan win to end the Socceroos’ 11-game winning streak.

Victories also came the way of Andy Robertson and Caoimhin Kelleher, with the former playing the full 90 minutes as Scotland notched a valuable late winner against the Faroe Islands.

And for the latter, it was the first start for Ireland in their friendly against Qatar and Kelleher commemorated it with a clean sheet as his side eased to a 4-0 win.

Results were not as favourable for Naby Keita and Kostas Tsimikas, meanwhile, Guinea fell to a 4-1 defeat to Morocco and Greece lost 2-0 at Sweden.

Both would play the full 90 minutes but notably, Tsimikas would play as the left-sided centre-back as Greece fielded a back five.

Jordan Henderson would get just 14 minutes off the bench in England’s 1-1 draw with Hungary, but it was with the Young Lions that saw a maiden start.

Defender Luke Chambers played the full 90 minutes in his first start at under-19s level, with fellow academy teammate James Balagizi also in the XI in what was a 3-2 loss against Belgium.

It was also a night to remember for Conor Bradley who made his first-ever international start for Northern Ireland in a 2-1 loss against Bulgaria and Sepp van den Berg after making his Netherlands U21 debut off the bench in a 5-0 victory against Wales.

Alisson and Fabinho remain the only two Reds still with their country with Brazil not signing off from action until early Friday morning UK time.