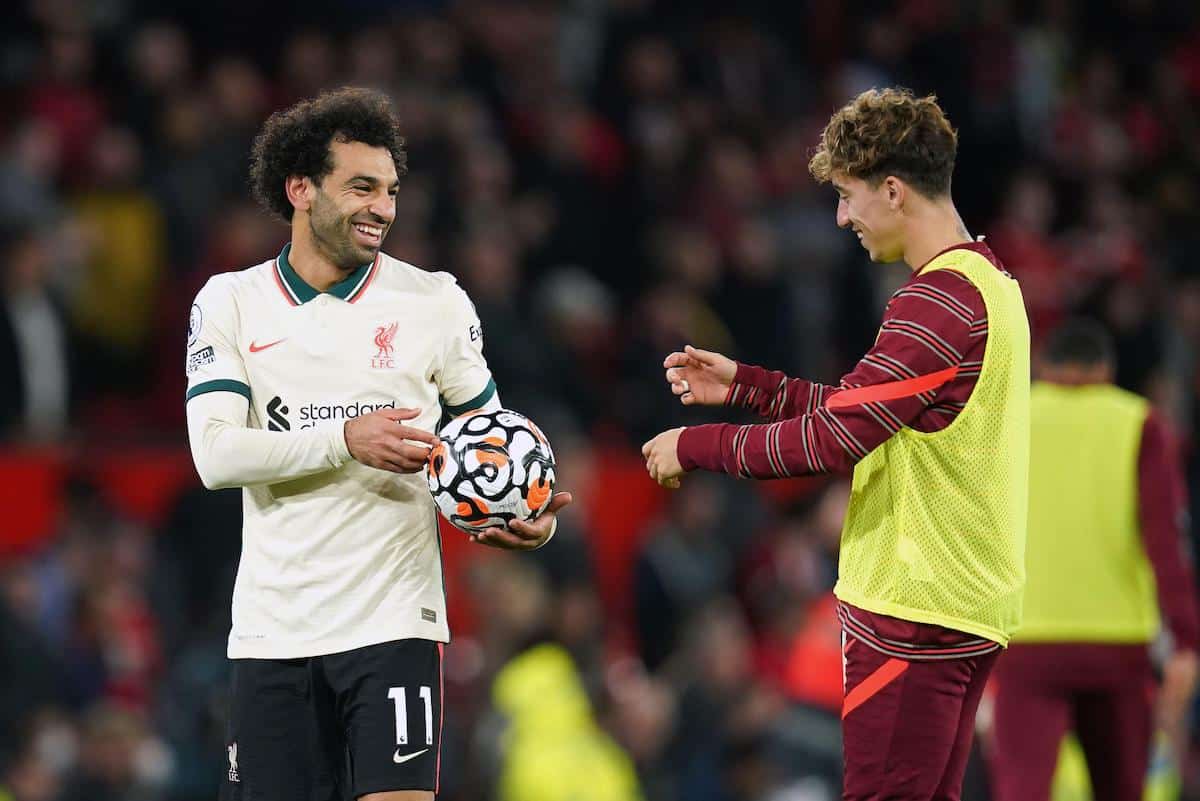 Jurgen Klopp‘s side provided plenty for the travelling Kop to cheer about with five unanswered goals and they responded in brilliant fashion as always, with one class chant after another.

The occasion is often one marred by nerves in the build-up with Man United long having had Liverpool’s number on their home turf, but it was far from the case on Sunday.

And the Reds did not need to wait long to show the exact trajectory of where the game was going after Naby Keita cooly finished to open the scoring and send the travelling Reds into delirium.

The feeling was magnified as a further three goals would follow thanks to Diogo Jota and Mohamed Salah, with the No. 11 then notching another after the break to finish off the scoring.

As United fans fled from the scene of the crime, Reds were revelling in the moment and were on hand to see their voices echo around Old Trafford.

From “Show them the way to go home…”:

To a lovely rendition of “Ole’s at the wheel” a time or two, or three…:

And still the Liverpool fans are inside Old Trafford singing “Ole’s at the wheel” pic.twitter.com/cGvGrSW5g5

And if you didn’t manage to catch the match, “They hardly touched the ball…”:

They hardly touched the ball ?? pic.twitter.com/Dk55nWlGuA 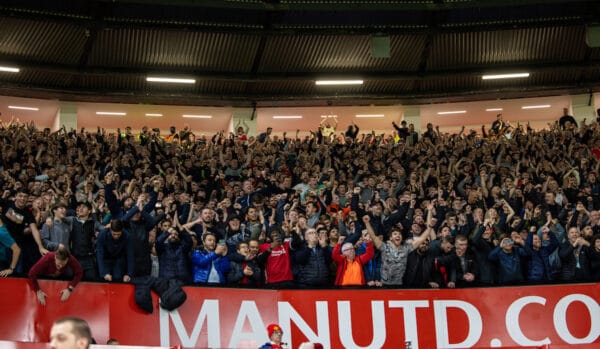 SALAH’S SCORED 10 IN A ROW. pic.twitter.com/oQJaUqJNkE

The full-time scenes were glorious and it’ll be a day Reds will not forget any time soon:

The greatest football team on the planet and one of the best to have ever walked this Earth.

The best day of all our lives. pic.twitter.com/c6rWINaNT1

The away end are ?????? enjoying this lock-in at Old Trafford. pic.twitter.com/AANvnvm4JY

'Always look on the bright side of life' ?

The away end is absolutely enjoying their day out at Old Trafford. pic.twitter.com/QfcqjXSG55

Drink it in, Reds. This team are in a class of their own and with a 22-game unbeaten streak now under their belt there can be no mistaking Liverpool’s intentions.