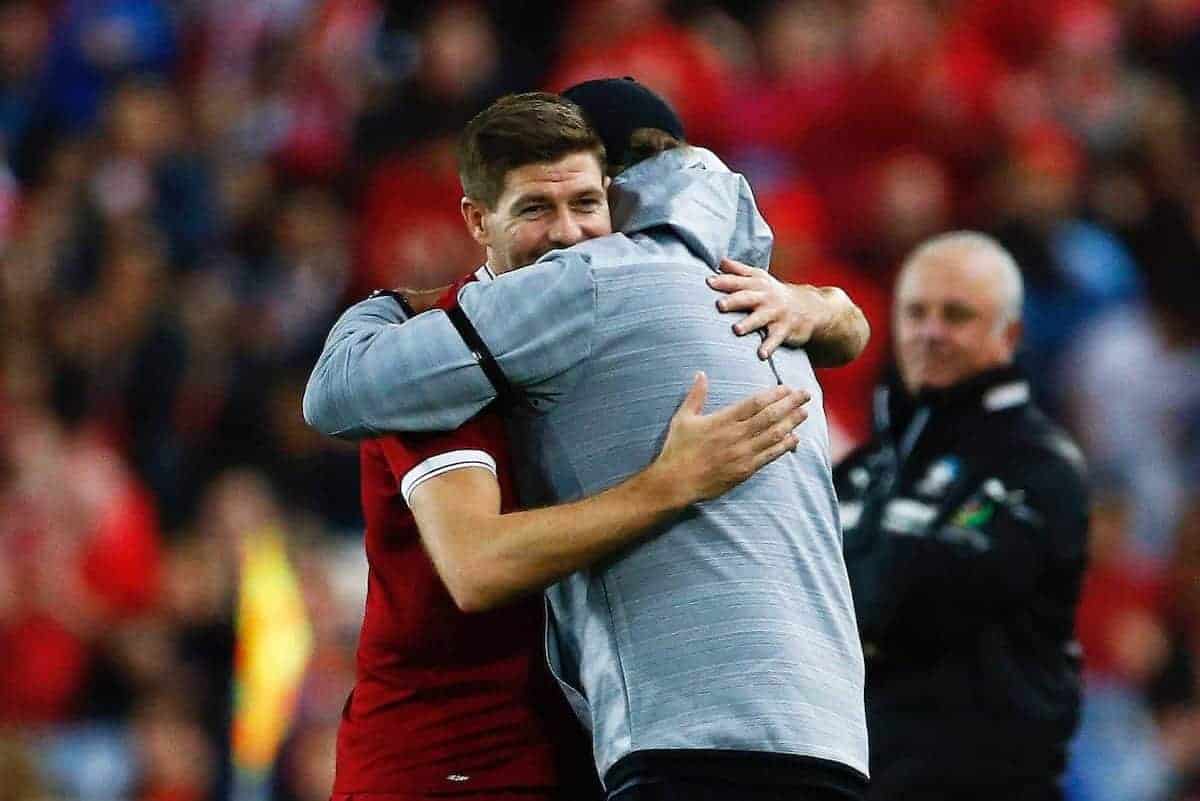 It’s what dreams are made of, Steven Gerrard working under the tutelage of Jurgen Klopp but Reds missed it by just mere months. But we aren’t alone in sharing that fantasy.

You can just picture it now; the celebrations, the hugs, the silverware and the passion – the two linking up at Anfield in their prime would have been beyond words.

But they would be two passing ships with Gerrard having bid farewell to Anfield less than five months before Klopp was chosen for the top job, leaving plenty of questions of what might’ve been.

They did cross paths at Liverpool as first-team and academy coach and even offered a taste of an on-field relationship as part of a post-season trip to Australia in 2017, with Gerrard one of four elder statesmen.

And when Reds contemplate which legend they would choose to bring back in their peak to present day, Gerrard would undoubtedly accumulate a lot of the vote – with Klopp one such advocate!

“That’s easy. It’s Stevie,” Klopp said with conviction to This Is Anfield when asked which player from the history of football he would like to have coached in an exclusive interview.

It may not have been Klopp’s answer when he first started life at Anfield, but his knowledge of and with Gerrard has made it a no-brainer – and you can’t blame him!

“When we played in Sydney three or four years ago after the season we didn’t have a proper team and we invited McManaman, Agger, Jamie Carragher and Stevie,” Klopp continued.

“To be honest, I knew Liverpool and I saw him playing, of course, but a little bit advanced age-wise but they were all really good [in Australia].

“But Stevie, what a player he still was then! I think he was already retired but maybe a youth coach here. Incredible.

“Stevie and me together in the roles, he as the man on the pitch and me as a coach, that would have been nice! So it’s Stevie.

“Six years ago it would have been a different answer but now I’m here and I know him as a person and as a player so that’s now an easy answer.”

Klopp and Gerrard. It would have been something else.

This interview is part of This Is Anfield’s 20-year celebration. You can watch the interview in full on our YouTube – and please remember to subscribe for more!