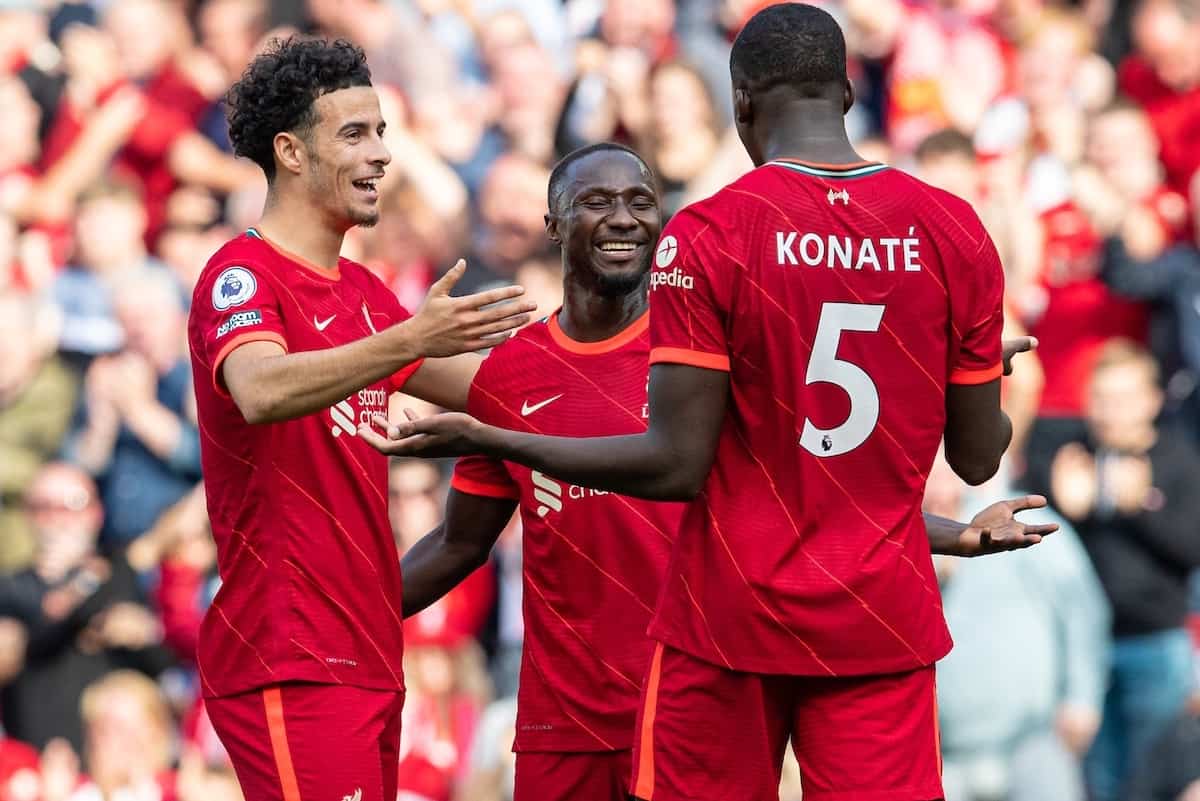 It’s never nice to head into the international break off the back of a defeat, never mind one after a 25-game unbeaten run but there’s plenty of reasons to be positive.

It wasn’t pretty at West Ham but Liverpool’s start to the season is one that has them four points off the top of the table, far from insurmountable with 27 games to go.

And not to mention Jurgen Klopp already has his side in the last 16 of the Champions League with two games to spare.

Of course, Liverpool could be in a better position than they currently are in the league and defeats tend to exacerbate any little lingering concern, especially when left to stew over them for two weeks.

However, after the conclusion of November’s international break, there is plenty of positives to look to.

Last season it was the defence and this time it is the midfield’s turn with all but Jordan Henderson and Alex Oxlade-Chamberlain succumbing to injury in that department.

It has created an imbalance within the side with Klopp’s options severely limited but the hope is that James Milner, Naby Keita and Curtis Jones will all be available for the first game back or soon thereafter.

“I have hope for after the international break,” was what Klopp had to say about Milner and Keita’s hamstring issues while Jones’ freak eye injury is likely to see him as the likelier of the three to feature against Arsenal.

With Fabinho getting minutes back in his legs as too Thiago, the return to fitness of the midfield brigade could be perfectly timed as the Reds head into the festive period.

We’re not going to think about any other potential injuries in the future, one can only handle so many.

We’re overlooking AFCON because that’s not all that positive now is it.

This break is the third and final one of 2021 and it’s likely to drag but that we won’t have to think about it for another four months after it is over will be music to the ears of many.

Liverpool have 28 international representatives in November, including 15 members of the first-team squad so at least there is plenty to keep an eye on – including injury watch.

But once Klopp’s side returns against Arsenal on November 20, it is at least 23 games straight of just Liverpool action with a chance for a few more dependent on League Cup and FA Cup progression.

Liverpool are in a good place 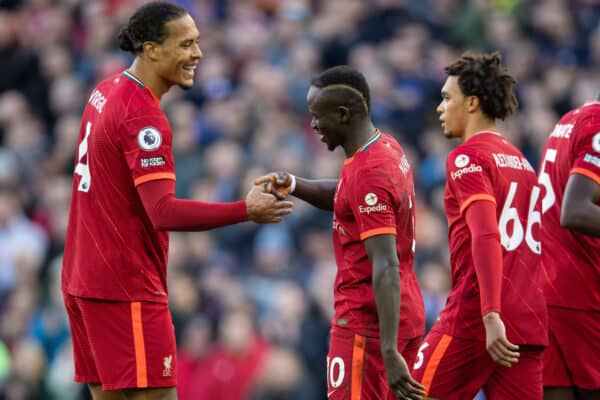 For some, it may not feel that way after a loss but let’s not forget it’s Liverpool’s only defeat of the season.

It’s part and parcel of the game and, yes, it was a needless one, but it could be a welcome wake-up call with the busiest part of the season ahead.

“We had a really long run without a defeat, we didn’t really think about it as too many draws, that run is over, now we can think about starting another,” Klopp said after the defeat at West Ham.

The building blocks will already be planned out for the next run and start on the right foot against Arsenal and there are winnable fixtures around the corner.

Fourth in the Premier League and only four points behind leaders Chelsea, a place in the last 16 of the Champions League confirmed and a quarter-final tie in the League Cup.

We’re not even a third way into the season. It’s a marathon, not a sprint.