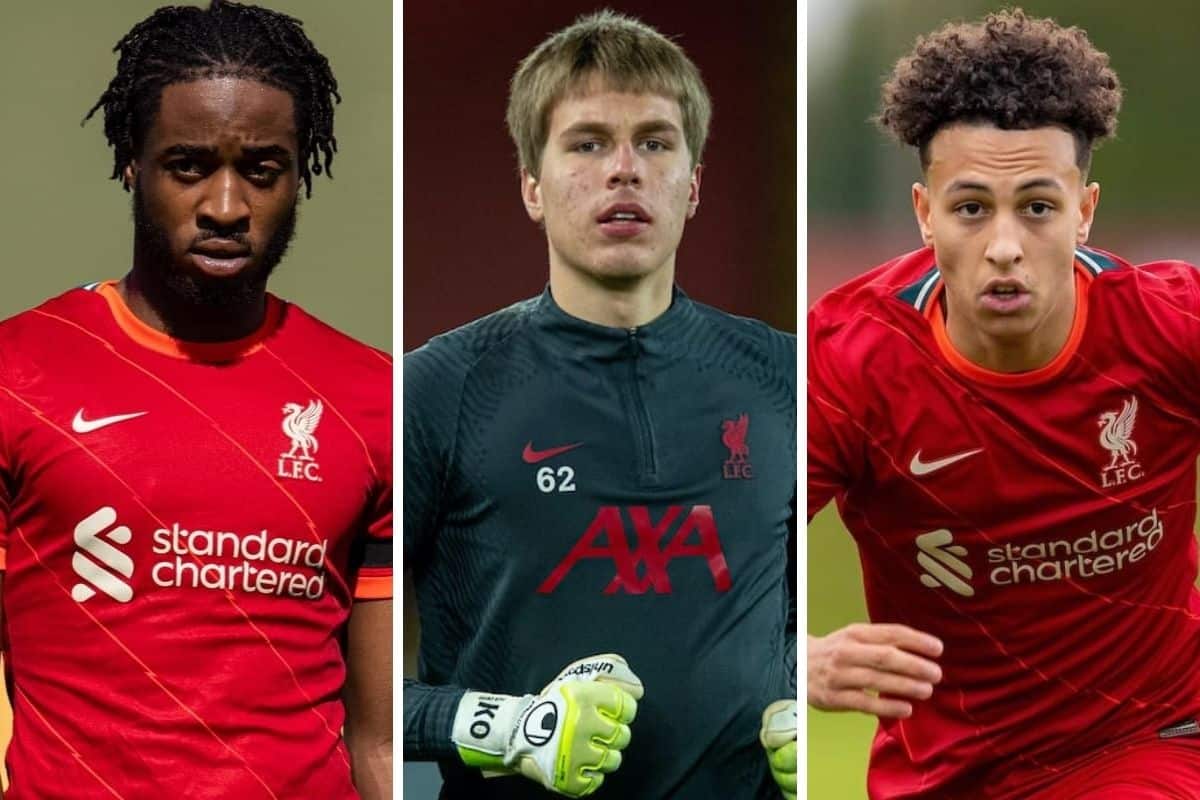 The Liverpool squad were back at Kirkby on Friday as they prepare for the trip to West Ham and Jurgen Klopp was able to cast an eye over five exciting youngsters.

The Reds have seen five academy players make their senior debut already this season and two were again involved in first-team training ahead of Liverpool’s trip to the capital.

With James Milner, Naby Keita and Curtis Jones all unavailable to leave only four senior options for Sunday, Tyler Morton, Elijah Dixon-Bonner and James Balagizi were drafted in.

Morton, 18, has been a regular in senior training alongside his two appearances this season while Dixon-Bonner, 20, and Balagizi, 18, have each primarily taken part during international breaks.

Balagizi was unfortunate to miss out on senior pre-season due to a broken arm but is one of Liverpool’s most exciting talents in the academy, both creative and press-resistant.

To my knowledge, the first time he has trained pre-match with the full senior squad. pic.twitter.com/LGpXOc8lE5

While Morton will be the likelier of the three to take up a spot on the bench at West Ham, for the third game in a row, there is plenty of talent for Klopp to consider throughout the season.

Kaide Gordon was also involved with the squad on Friday as his minutes start to pick back up both in first-team training and in academy fixtures, which is set to see him involved on Saturday.

And while he is enjoying a successful loan spell with Caernarfon Town, Jakub Ojrzynski was back training for a day with Liverpool’s goalkeeping group that included Alisson, Caoimhin Kelleher, Adrian and Loris Karius.

The 18-year-old has featured 11 times for the Welsh side but from time to time checks back in with Liverpool as they continue to monitor his progress.

And aside from the disappointing blow of Roberto Firmino‘s “serious” hamstring injury, Liverpool’s squad was as expected in training with Alex Oxlade-Chamberlain, Fabinho and Thiago all in the mix. 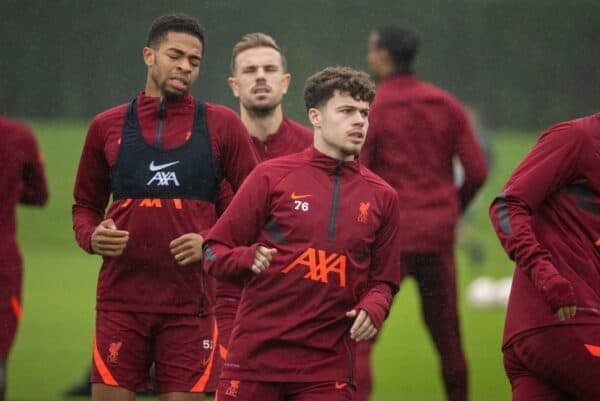