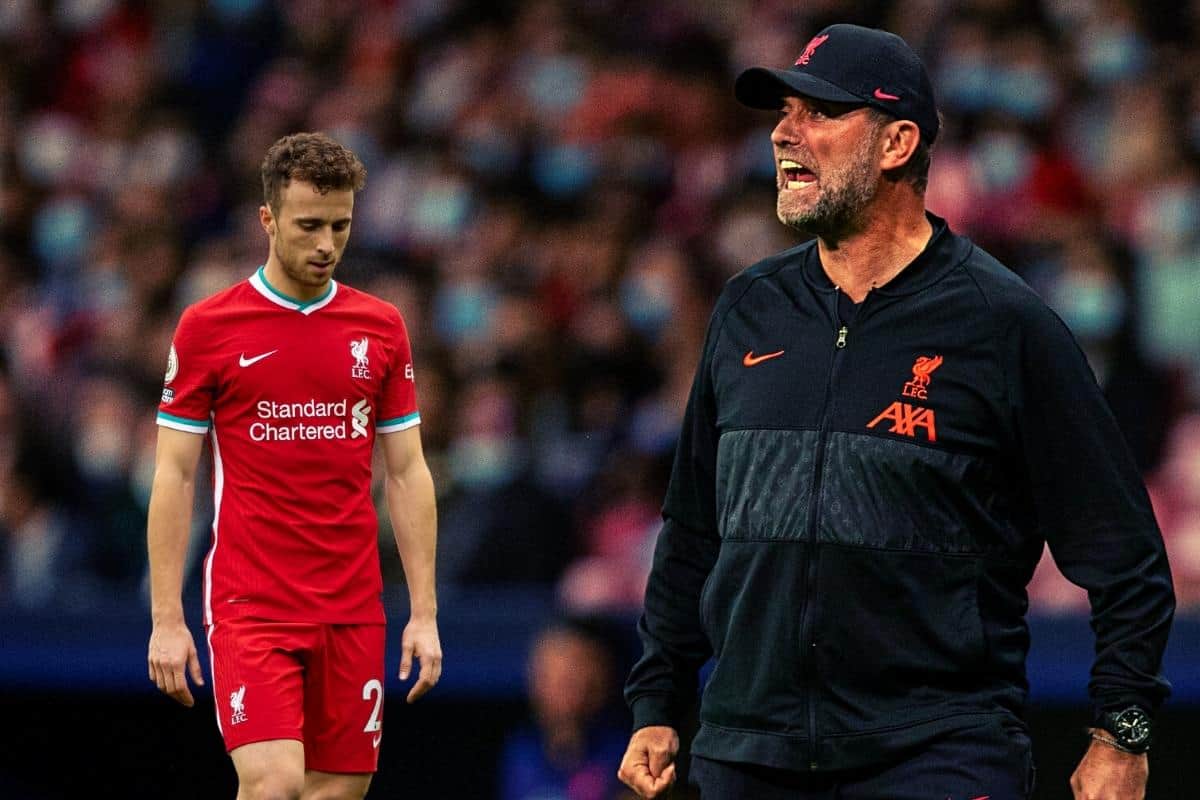 Jurgen Klopp grew irritated with one journalist’s question ahead of Liverpool’s clash with Porto, after being reminded of Diogo Jota‘s injury away to Midtjylland.

The Reds had little riding on their sixth group game of last season’s Champions League, but the likes of Mo Salah, Fabinho and Trent Alexander-Arnold all started in Denmark.

Jota was also among the starters, but was forced off after 87 minutes with a knee injury that kept him out of action for three months, with his inclusion for the dead-rubber widely criticised afterwards with the benefit of hindsight.

Liverpool are in a similar situation ahead of the visit of Porto, having already guaranteed their finish as winners of Group B, and in his pre-match press conference, Klopp hinted that he would rotate.

However, when asked by the Press Association’s Carl Markham if that was in his thoughts as he prepared his lineup for the Wednesday night kickoff, the Liverpool boss took exception.

“Come on Carl, you know these things,” he replied.

“If we leave them all out and play with a team that is not a Champions League team – we don’t have enough players for that, by the way – then nobody can get injured.

“But the first question was how much we respect the integrity of the competition.

“So it’s so easy to sit in your chair and ask these kinds of questions, to be honest.

“We have to line up a team who has a chance to win a football game. The Diogo situation was very unlucky. I hated it, that I made the decision.

“But would I have made the decision the same again? That’s the only question I have to answer. Yes, I would have again, because you need stability.

“We cannot play football games like here with this lineup, then next game lineup which has no chance to win a game, then bring them back again. Players need rhythm, all these kinds of things. 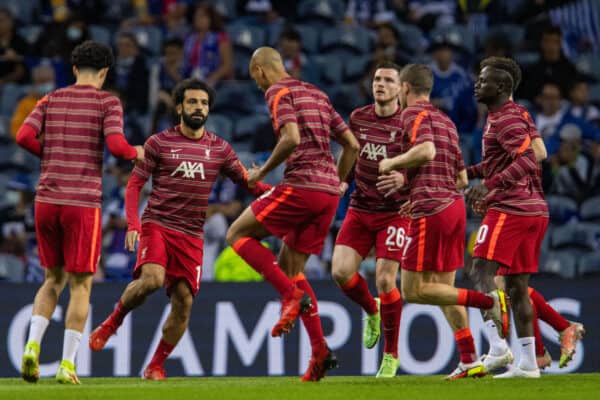 “I don’t think it’s fair that you bring up this old story, that a player got injured. They all can get injured.

“Do I make the decision because I don’t care who gets injured in the lineup tomorrow? No, I can’t and I will not.

“These things happen in football, and hopefully nothing happens tomorrow.”

Elsewhere, Klopp admitted that while he would “always respect the competition,” he and his backroom staff “have to think about ourselves and our schedule, and the situation of our players first.”

The indication is that neither Jordan Henderson or Andy Robertson will be deemed fit to start, but there were few other hints as to how the Reds could line up.

One expected starter, though, is Thiago, who took the press conference alongside Klopp.