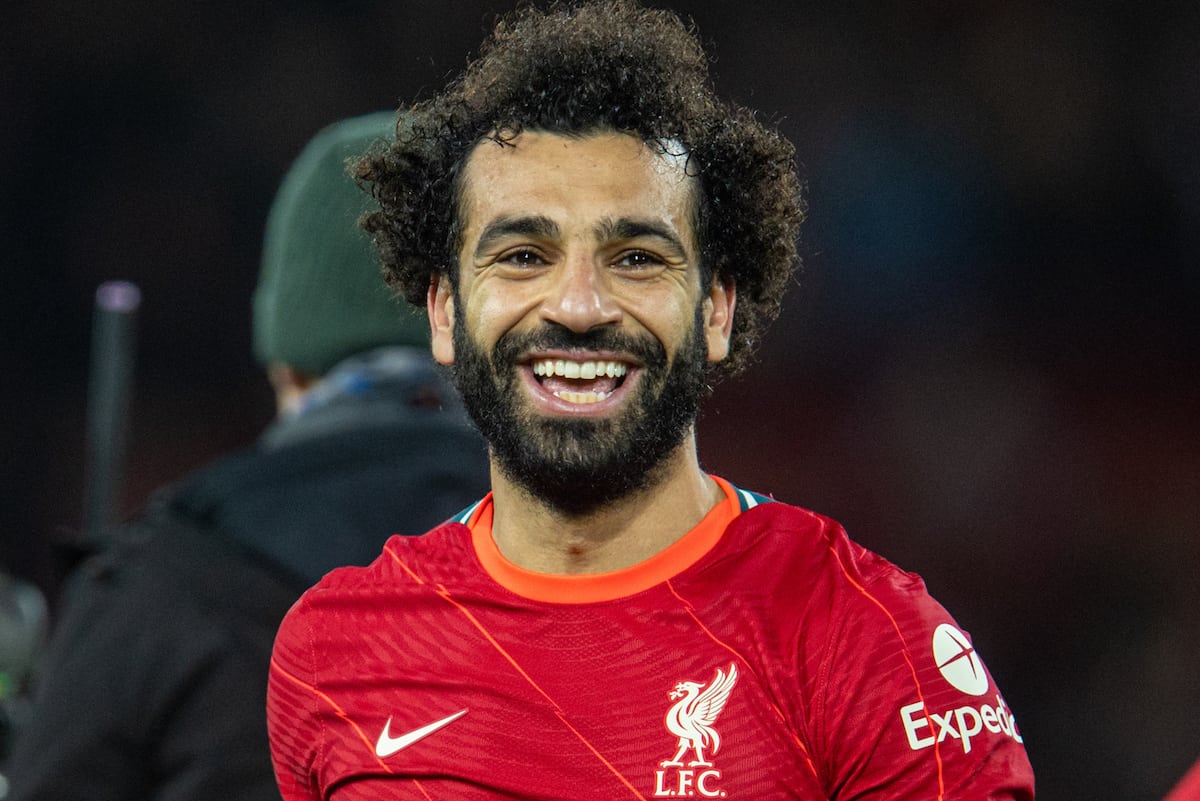 Liverpool had numerous superb performers in their 4-0 win at home to Arsenal, as the Reds blew away Mikel Arteta’s side under the lights at Anfield.

Jurgen Klopp‘s men were under pressure to pick up a victory at Arsenal, with Chelsea‘s win at Leicester putting them seven points ahead.

It was a game that again outlined the Reds’ Premier League title credentials, suggesting the defeat at West Ham was a rare blip. 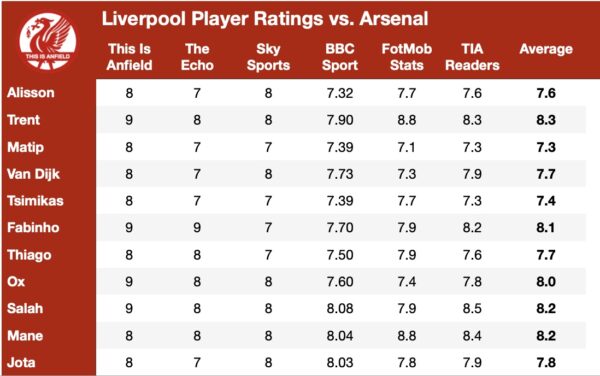 It was Trent Alexander-Arnold (8.3) who was arguably the surprise recipient of the highest average rating.

The right-back registered another assist at Anfield and never stopped running, with TIA saying there were “loads of good moments backing up the press” and creating chances.

Next in the reckoning were Salah (8.2) and Mane (8.2), both of whom caused Arsenal‘s defence problems throughout.

The African superstars both found the net and it was the latter’s cross that allowed the former to score in front of the Kop.

TIA felt Salah was a “huge part of the team’s relentless chance creation,” also claiming his “first touches on the sideline were ridiculously good.”

Meanwhile, Ian Doyle of the Echo hailed Mane’s “fine header for the opener”, with Liverpool’s No. 10 playing two key passes and winning 10 duels, as highlighted by FotMob.

Fabinho (8.1) was also a towering presence for the Reds and Doyle lauded his ability to be “in the right place at the right time.”

This wasn’t a game of poor performers, but Joel Matip (7.3) was the one to, marginally, come away with the lowest rating, conceding two fouls.

The Cameroonian was still a strong performer, however, doing little wrong on an excellent night for the Merseysiders as they kept their first league clean sheet since the trip to Old Trafford.

Liverpool’s next outing sees them host Porto in the Champions League on Wednesday evening (8pm GMT), with qualification into the knockout stages already secured.