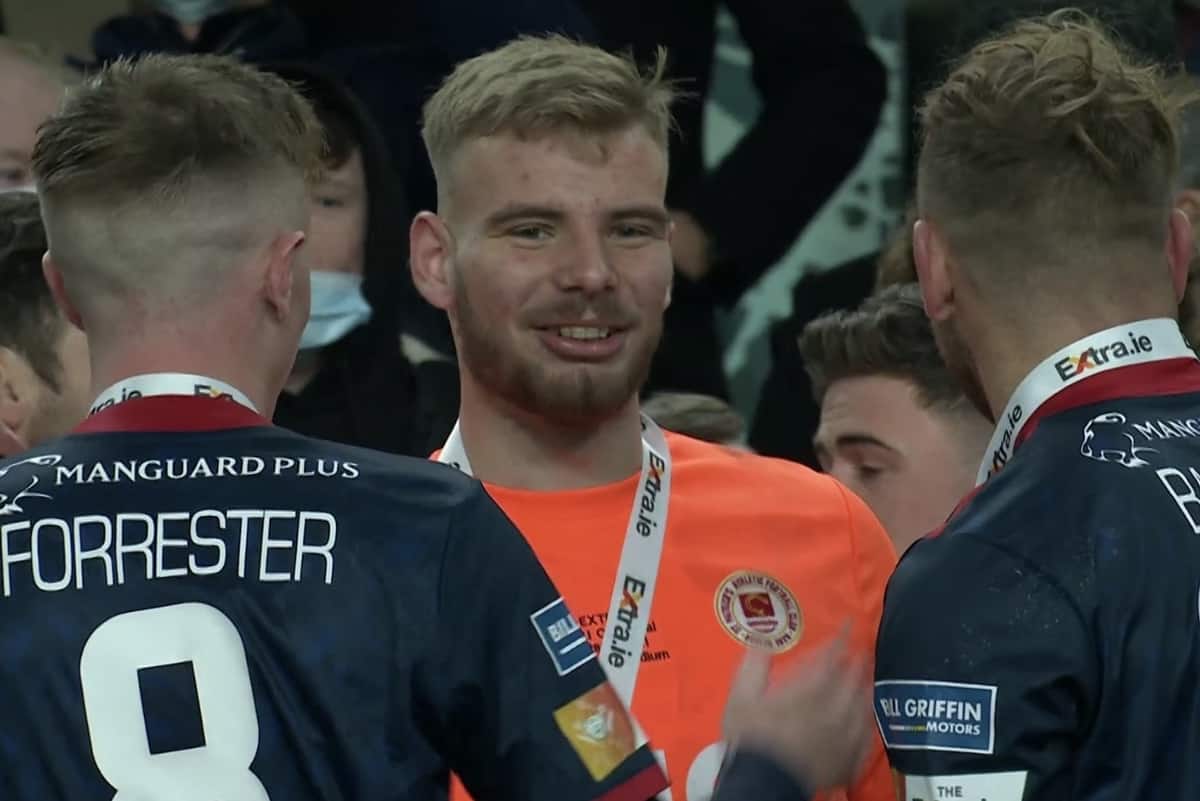 Jaros, the 20-year-old Czech, joined St Pat’s on a season-long loan in February, and since then has settled as the bedrock of the Irish side.

He was named Senior Player of the Year during the final home game of the league campaign, though he was absent for that 2-2 draw with Finn Harps due to international duty.

Returning for the dead-rubber closer against Waterford, the youngster kept his 11th clean sheet of the season in a useful warmup for the FAI Cup final.

That clash came against Bohemians on Sunday, with the two Dublin sides meeting at the Aviva Stadium for a tense tie that went all the way to penalties.

As normal time played out to a 0-0 draw, the onlooking commentators described Jaros as the “coolest man on the pitch,” with the Liverpool loanee rarely fazed by Bhos attacks.

St Pat’s went ahead halfway into extra time through Chris Forrester’s solo goal, only to see Rory Feely peg them back within two minutes of the restart.

Jaros was required to make a strong point-blank save at the death and a diving stop soon after to help St Pat’s hold on for a shootout.

He dived the right way for four out of five spot-kicks, and looked like he got a hand on one, as St Pat’s emerged victorious with Bohemians missing two.

The shootout ended in a 4-3 win for St Pat’s, with Jaros enjoying a jubilant end to his time in Ireland, ready to return to Merseyside with an FAI Cup winner’s medal.