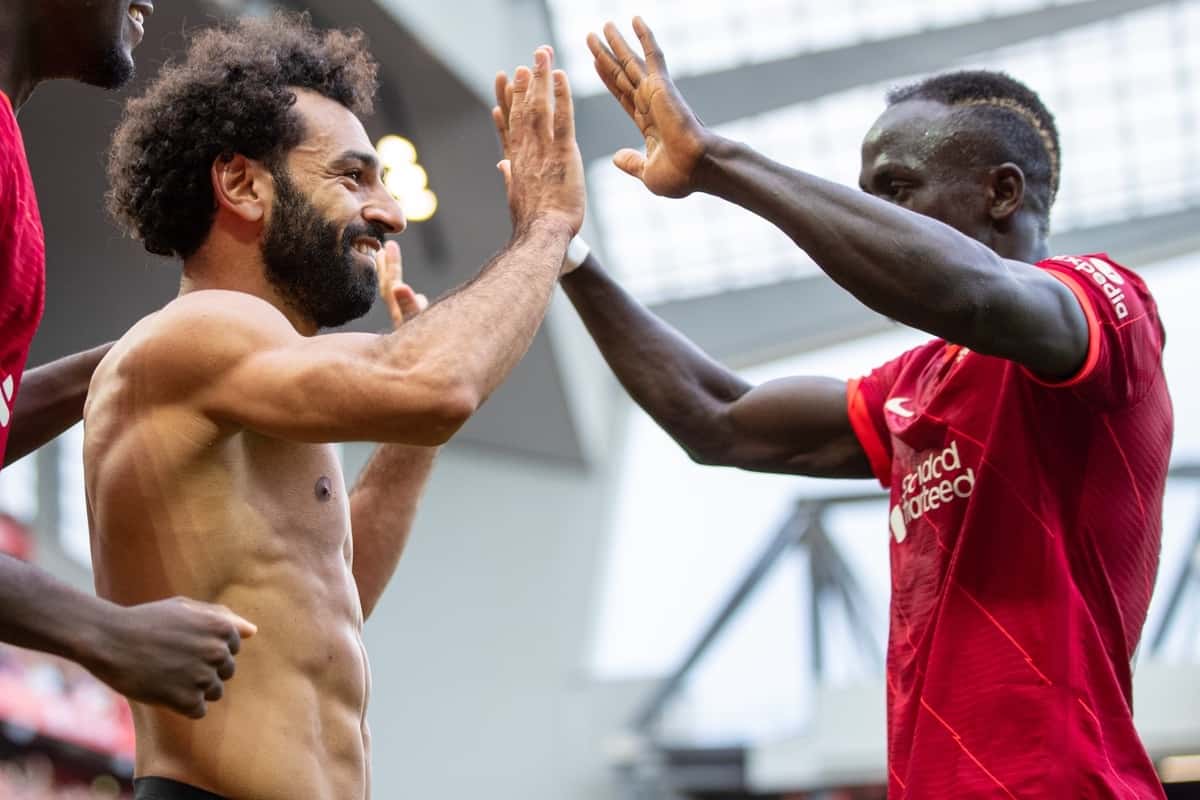 Liverpool remain in the dark on if Mohamed Salah, Sadio Mane and Naby Keita will be available for the clash with Chelsea on January 2 due to the Africa Cup of Nations.

The Reds visit Stamford Bridge for their first game of the new year, which is expected to be the first game held as part of a safe standing trial across four Premier League clubs.

It is set to be one of the most important fixtures of the season, with Chelsea currently top and Liverpool second, with Saturday’s 4-0 thrashing of Southampton taking them to within a point of the leaders having played a game more.

There are a lot of games to play between now and then, but talks are ongoing over the availability of three of Klopp’s players.

As it stands, the Africa Cup of Nations will be held in Cameroon from January 9 to February 6, with a previous report suggesting those involved would be required to travel on December 27.

That would rule Salah, Mane and Keita out of the meetings with Leicester (Dec 28) and Chelsea (Jan 2), which would be a major blow given the form of Liverpool’s two strikers in particular.

But asked about the situation in his post-Southampton press conference, Klopp revealed that no decision had been made so far.

“Not really, it’s early for that. We’re still talking,” he replied on whether there was any clarity.

?? Here's what Klopp said when asked if Salah, Mane and Keita could play vs. Chelsea – days before AFCON begins. pic.twitter.com/2ByfRtiauD

There is cause for hope when it comes to their involvement against Chelsea, with the game falling over seven days before the trio are scheduled to play in the AFCON.

Furthermore, the issue is made trickier due to genuine concerns over the infrastructure in Cameroon, as well as the ongoing problems faced with the COVID-19 pandemic.

On Saturday, the UK government announced new measures in response to the new Omicron variant, which includes South Africa, Botswana, Lesotho, Eswatini, Zimbabwe and Namibia all being added to the red list for travel.

There remain travel bans in place within Africa, too, which makes the prospect of the tournament going ahead as planned even more difficult.