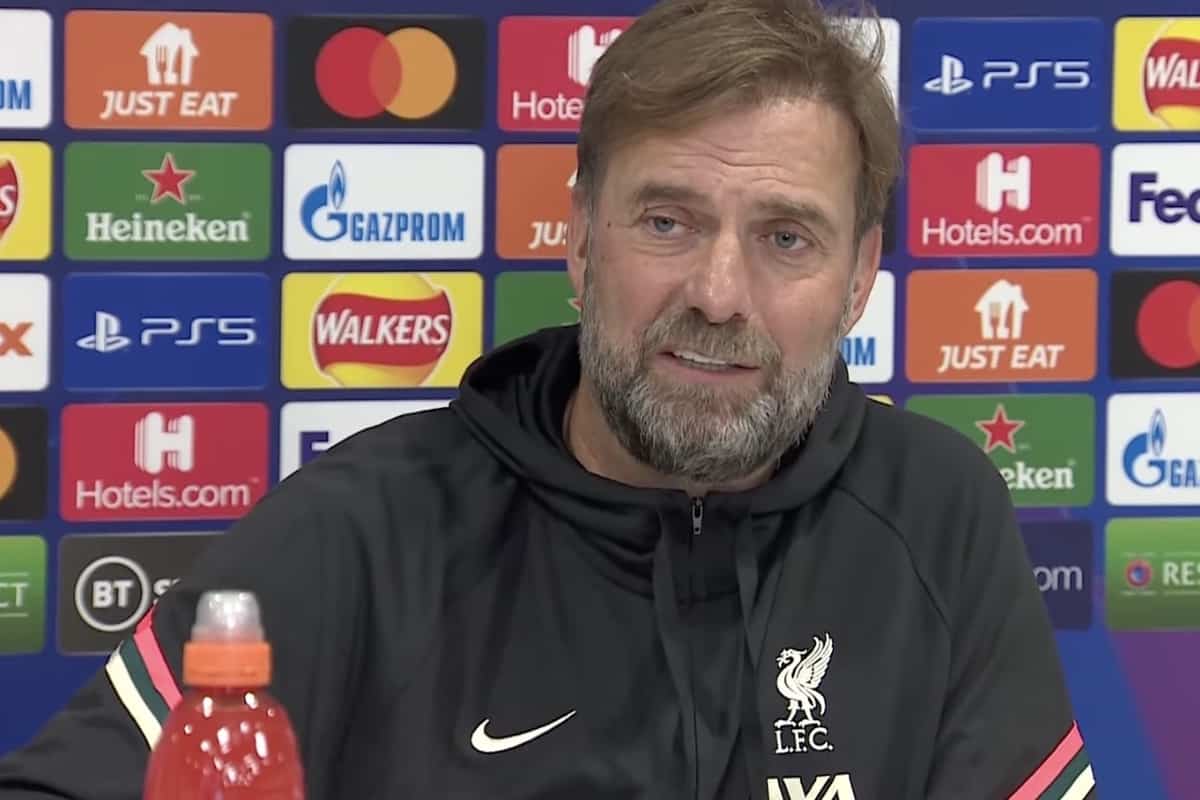 Jurgen Klopp knows his side have a fierce battle on their hands against Atletico Madrid as they aim to celebrate a place in the last 16 in front of the Anfield crowd.

Here are four key things from Klopp’s press conference at Kirkby ahead of Atletico’s visit:

1. There will be nothing friendly about this one 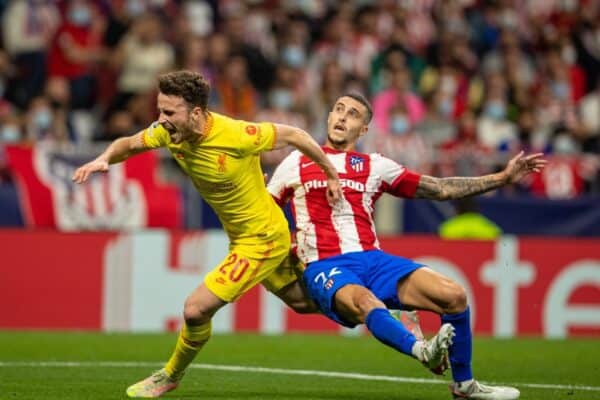 There has been a bit of bite in the last three meetings between the two teams and the boss is expecting the same again, but he wants to be the one celebrating with “our supporters.”

“They never played a friendly game since Diego was there and we shouldn’t expect that. It’s clear, Atleti needs three points but we want to win.

“We were so happy when we qualified for the Champions League because we would have nights like this. So we want to celebrate it with our supporters. A difficult team but we will still give it a try.”

A win, after all, will see Liverpool qualify for the last 16 with two games to spare.

2. Fabinho and Thiago “in contention” 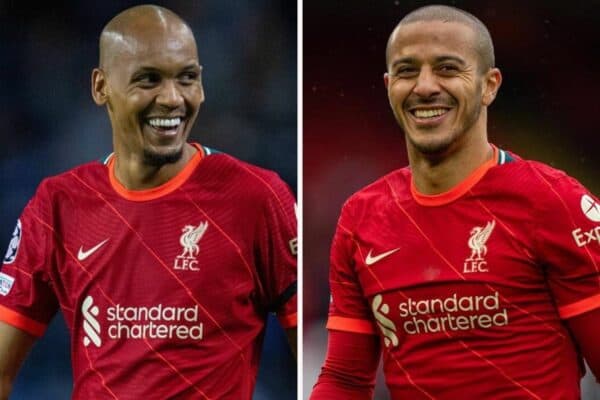 Some welcome midfield injury news, at last, with both Fabinho and Thiago having come through training unscathed and therefore in contention to feature on Wednesday.

“Fabinho and Thiago trained completely normal and are in contention, which is good, obviously very helpful. We will see.”

Their exact involvement is unknown but the Brazilian is the likelier of the two to start having two weeks as opposed to Thiago‘s six.

“Naby has a hamstring injury, will be out for a while. Apart from that, Milly [is out] and the others rather long-term out as well,” Klopp added on the injury list.

The Reds have had a love-hate relationship with conceding so far this season, with the Brighton draw a clear example of the latter.

But while Klopp knows his side need to be better, there are no signs of “massive problems”, but we certainly wouldn’t complain about a clean sheet on Wednesday.

“We are not perfect – I know that and I knew that before – we have to defend situations better – that is absolutely clear.

“One game you beat 5-0 vs. United doesn’t mean and the world is right and then the next moment you draw 2-2 vs. Brighton, but it doesn’t mean we have massive problems.

The handshake that wasn’t after the last meeting drew a lot of attention with Diego Simeone known in Spain for not taking part in the regular custom, which Klopp wasn’t aware of.

It was brought back to his attention and the Liverpool boss smoothed things over once more, happy to accept a pre-game handshake and then let the battle commence.

“I couldn’t respect him more. The things he is doing at Atletico and for how long he is doing it is absolutely exceptional against a lot of pretty strong sides,” Klopp said.

“The handshake? If I would’ve known he doesn’t do it, I wouldn’t have even tried it. Then I was waving and that was not necessary from me, and I wasn’t happy with that.

“We are both emotional but now I know he doesn’t want to do it after the game, so no problem.

“We shook hands before the game so we will probably do that and after the game fine, then we can all go home happily – at least in that department.”