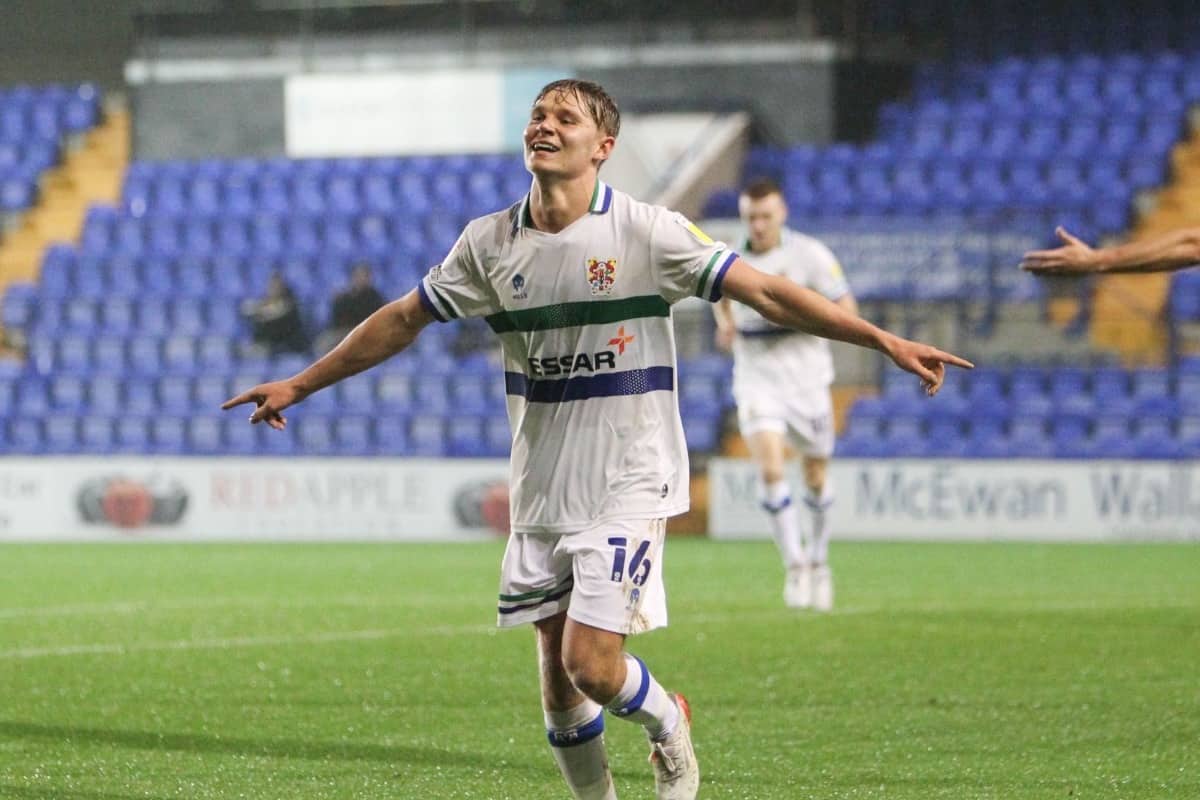 Paul Glatzel‘s revival on loan at Tranmere continued with a goal and assist on Saturday, but of 11 Liverpool loanees to feature over the weekend, only one won.

After a tough start to life at Prenton Park that looked set for an early termination in January, Glatzel has seen his fortunes improve in recent weeks.

Two goals and an assist in the 3-2 victory over Oldham in the EFL Trophy were a major boost in confidence, and though he returned to bench duty in the following loss to Sutton, he then started in the visit to Bristol Rovers.

It marked Glatzel’s first start in League Two since August, having gone unused for nine consecutive games in that period, and crucially, it came in his natural position.

Having been largely used out wide by Micky Mellon, the 20-year-old reprised his role up front after impressing as a striker against Oldham.

The tactical switch paid off, though Tranmere went two goals down at the Memorial Ground, with a frailty at set-pieces allowing Josh Grant and Sam Nicholson to find the back of the net in the first 22 minutes.

Tranmere struck back, however, with Glatzel laying on their first of the afternoon with an arrowed ball into the box for Callum MacDonald.

And though they were forced to wait another 50 minutes for their next, it was the young Liverpool striker who netted the equaliser, converting via his face from a near-post corner.

Glatzel was named Man of the Match, relishing his first-ever league goal ahead of a home clash with Bradford on Tuesday night.

Luis Longstaff kept his place in the starting lineup as Queen’s Park lost 2-1 at Peterhead, but Jake Cain was left to play a substitute’s role as Newport County suffered defeat of the same scoreline to Swindon.

With second place already secured, the Dublin side played out a 0-0 draw as Jaros kept his 11th clean sheet, with focus turning to the FAI Cup final against Bohemians on Sunday.

Finally, with Anderson Arroyo playing the full 90 minutes in 10-man Mirandes’ 1-1 draw with Fuenlabrada, there was only one winner among Liverpool’s loanees at the weekend.

That was Polish goalkeeper Jakub Ojrzynski, who was involved in Caernarfon Town’s 2-1 victory over Haverfordwest County in the Welsh Premier League.