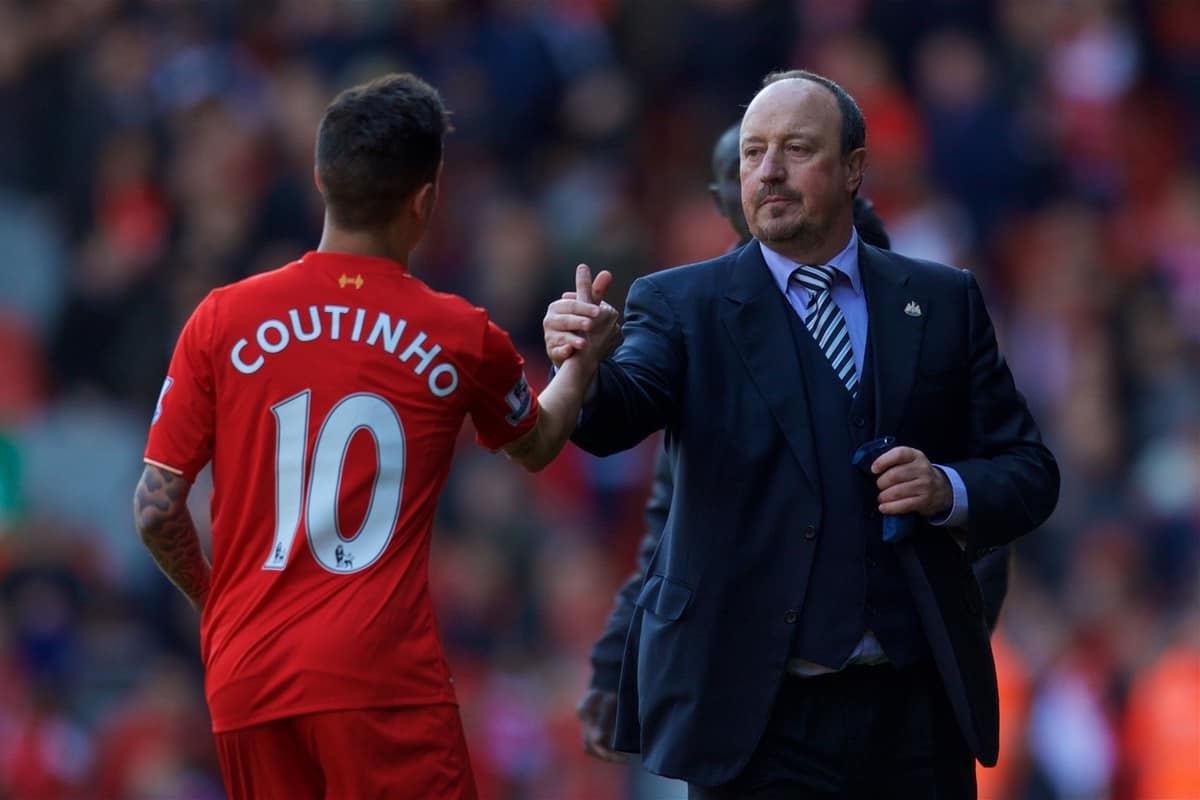 Rafa Benitez will be in the opposite dugout to Liverpool for the ninth time this week, and the Everton manager will be looking for a first win over the Reds since 2002.

The 239th Merseyside derby will have a particularly strange flavour to it, as a former Liverpool manager leads the Blues for the first time in the fixture’s history.

Benitez heads into the game on Wednesday night with pressure mounting over his position, with Everton sitting 14th in the Premier League and on a run of seven games without a win.

Before the game, the Spaniard was defiant in insisting it can still be a positive campaign at Goodison, but there is no denying he finds himself in a tough spot preparing his side to face one of Europe’s form teams.

It will be the ninth time Benitez has managed a game against Liverpool, with the 61-year-old having not celebrated a win over the Reds in 19 years.

His last of two wins came while still in charge of Valencia in 2002, with Benitez’s side doing the double over his future employers in the group stage of the Champions League – first a 2-0 home win, before a 1-0 victory at Anfield.

Since then, however, Benitez has failed to win any of his last six meetings with Liverpool, all of which came after his successful six-year stint as manager.

He has lost each of the last three, with the three before that all being draws – one draw with Chelsea, with two draws and three defeats while at Newcastle.

In those three consecutive losses, Benitez’s Newcastle scored just two goals while conceding a total of nine, including a 4-0 defeat at Anfield in December 2018.

Meanwhile, Benitez has faced Jurgen Klopp seven times throughout his career as a manager with only one win to show for it, along with two draws and four defeats. 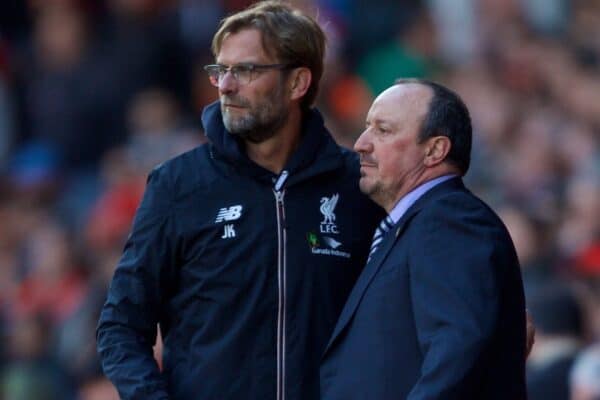 That victory came in their first meeting, when Napoli produced a 2-1 home win over Dortmund in the Champions League in 2013, before going on to lose 3-1 in the reverse fixture.

The remainder of their clashes came during Benitez’s time at Newcastle, and perhaps notably, each of the last three defeats came with Benitez fielding a five-man defence.

Southampton manager Ralph Hasenhuttl admitted his mistake in switch to a back five in Saturday’s 3-0 defeat at Anfield, with Liverpool enjoying attacking freedom against systems involving three centre-backs.

So while Benitez finds himself under the microscope with Everton fans turning against him, he is also faced with confronting a miserable record against his former club on Wednesday.