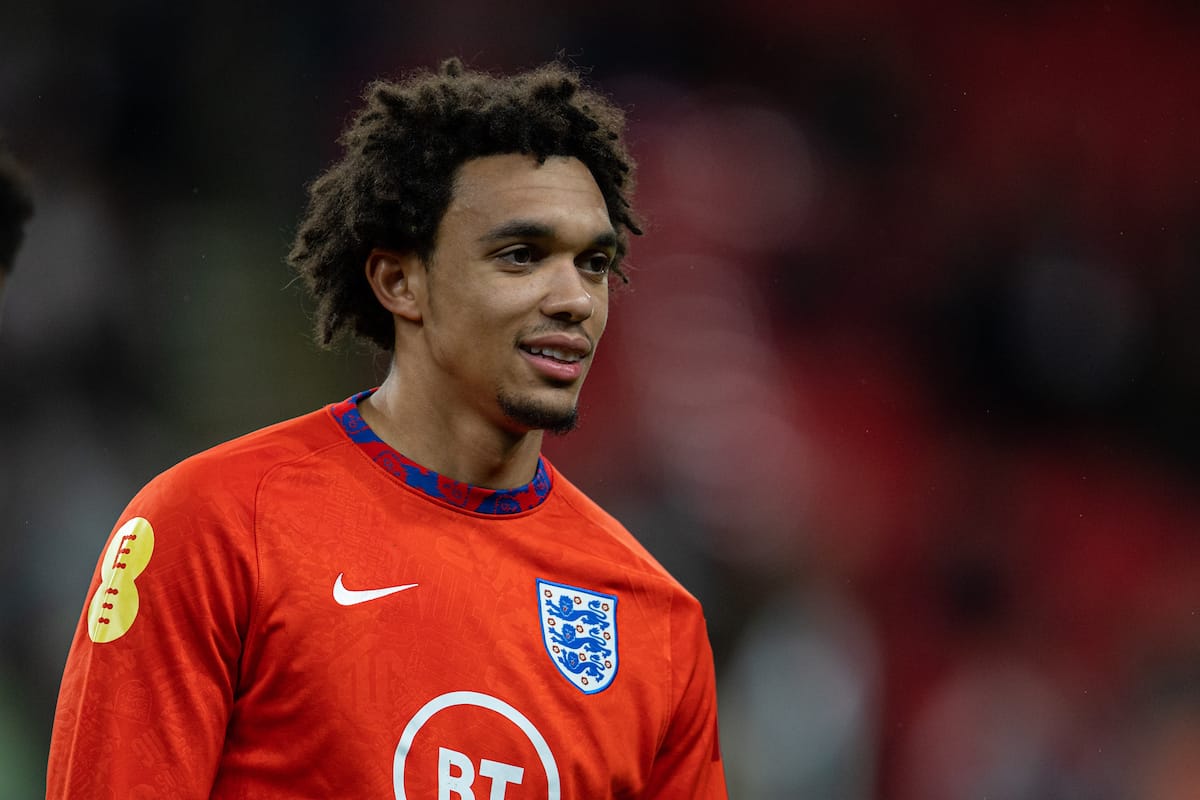 Trent Alexander-Arnold has carved out an impressive career at right-back at the age of just 23, but there is conjecture over the possibility of a midfield switch that even he won’t put limitations on.

Liverpool’s No. 66 has been the topic of much debate surrounding his involvement in the England squad and his future, whether that be a career right-back or with a possible move to midfield.

It’s a position he isn’t unfamiliar with having spent time there in his youth years but his experiment with England back in September lasted only 45 minutes.

It left Jurgen Klopp to pose the question of “why make the best right-back in the world a midfielder?”

Liverpool have adapted to harness his skillset from right-back and the success speaks for itself, but what does Alexander-Arnold himself make of it all.

First off, “right-back” was his response with a knowing smile when asked by ITV Sport about his best position.

“Okay, yeah, okay… It was an exciting thought. It’s somewhere that I always find myself in there any way within a game, I drift in there and it feels natural,” he explained on Southgate’s midfield plan.

“That was kind of what went wrong, I would say in that first half [vs Andorra].

“Being in there already, standing in there and then trying to find space rather than going in there unexpectedly and confusing the opposition and just feeling the freedom to drift in there whenever I felt was right.”

It was then posed to him if a long-term England career is realistically to come only at right-back, and Alexander-Arnold responded with a quick, “No, I wouldn’t say so.

“I don’t like to put limitations on myself. But as of right now, my focus is training to nail down a right-back spot.

“It’s about finding the right system, the right tactic to make that happen.

“Football is a strange game of people’s opinions,” Alexander-Arnold continued. “I think [Klopp] wants to see me come away and play a lot, he wants me to perform the way I do for the club.

“It probably plays on his mind why I’ve not been able to replicate club form for country as well, but he’ll have his opinions and so will everyone else.”