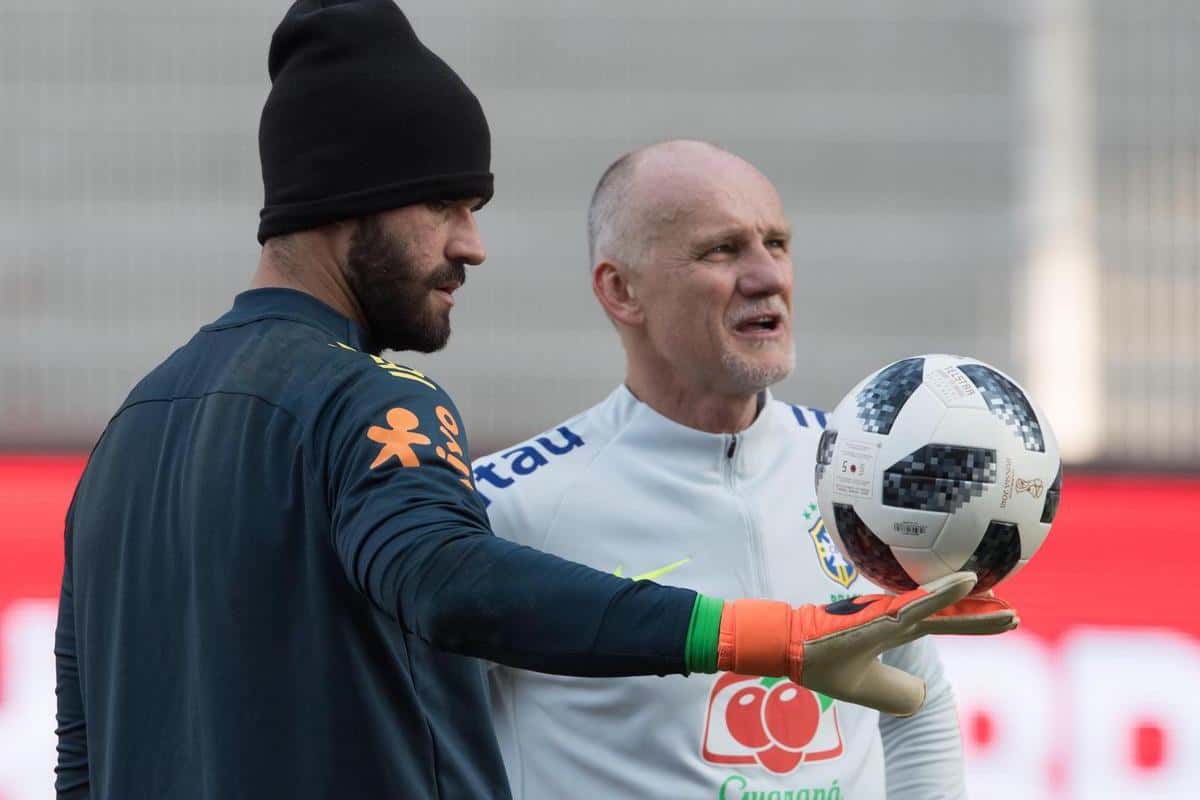 Taffarel will join the first-team staff from this month after agreeing a contract with the Reds, to work alongside existing coaches John Achterberg and Jack Robinson.

It is insisted that the 55-year-old will not be replacing long-serving goalkeeping coach Achterberg, and instead will complement the Dutchman and his assistant.

News of Taffarel’s arrival comes on recommendation from Alisson, who after signing a new six-year contract in the summer is poised to remain No. 1 until at least 2027.

Explaining the decision to bring in a third goalkeeping coach to the club’s official website, Klopp expressed his desire to “build kind of our own philosophy.”

“We all agree it’s its own game, so that’s why we wanted to have another completely different view on it,” the manager said.

“We spoke to Ali because two of the best goalies in the world are Brazilians and so we found a solution with bringing in Taffarel as a really nice addition to our whole coaching staff.

“We really think it can give us just a different view again, to look at different things.

“We really want to really be a proper goalkeeping school in world football and so that’s why we’re bringing in a third very, very experienced goalkeeper coach.”

As Klopp points out, Taffarel brings a new influence to the staff, as “having different cultures is important at the training ground,” with German, English, Dutch, Portuguese and now Brazilian coaches working with the first team.

In the goalkeeping ranks, the manager named five players in the pecking order that represent five different nations, too.

“The idea is that, in our opinion, we have now in a lot of positions the best we can imagine,” he continued.

“In terms of goalkeepers, it means we have Alisson Becker, who for us is the best goalie in the world.

“We have Caoimhin Kelleher, who we really think is an exceptional, exceptional player.

“We have Adrian, who has shown his qualities since he arrived here.

“Then we have Marcelo Pitaluga, then we have Harvey Davies, so we have five goalies in different age groups, which is great but we want to have even more of these guys.”

Beyond that, the club will make a decision on Czech stopper Vitezslav Jaros, 20, upon his return from loan this month, while Jakub Ojrzynski and Fabian Mrozek, both 18, are also coming through.

So while having three goalkeeping coaches – when many Premier League clubs only have one – may seem outlandish, there is every chance it benefits Liverpool in the long run.