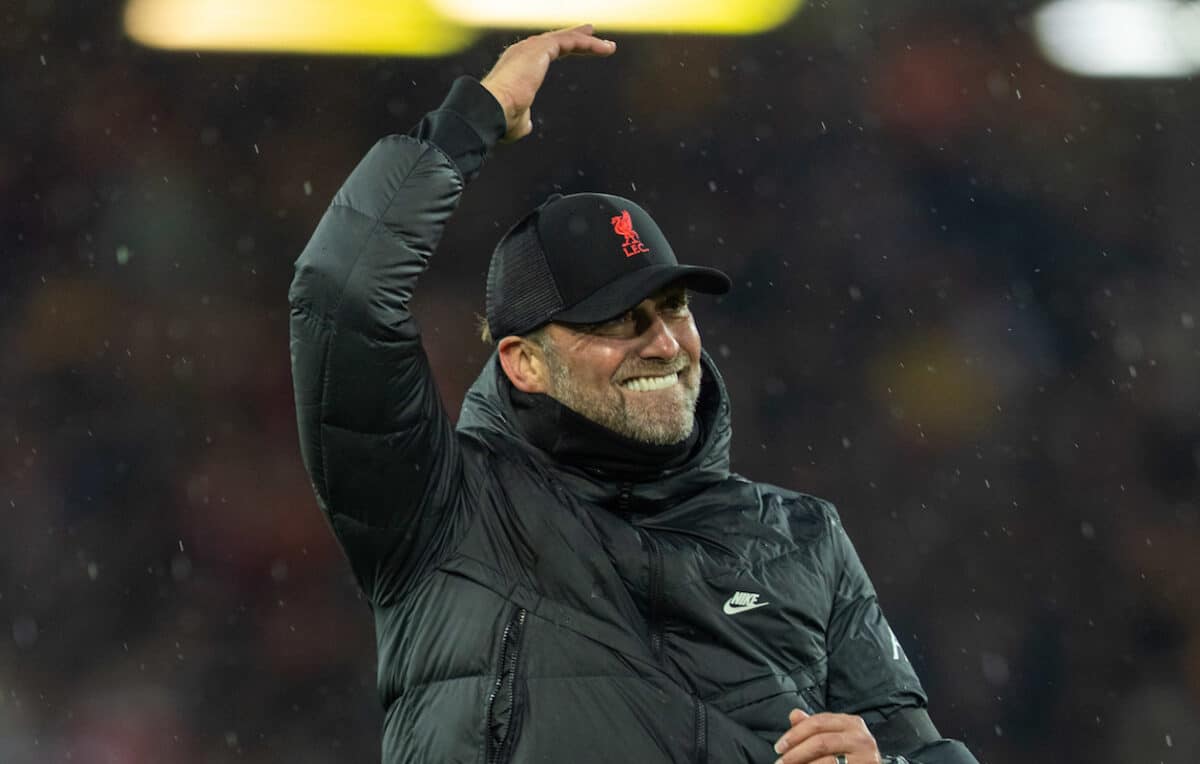 Jurgen Klopp has seen an improvement in Liverpool’s backline recently and highlighted defensive resolve as a critical component as they look to catch Premier League leaders Manchester City.

Liverpool sit six points behind City in the title picture, albeit having played one game fewer after the visit of Leeds on Boxing Day was postponed, with the two frontrunners poised for another pulsating race to the finish line.

The teams have traded blows in the last few years, with City pipping Liverpool by a solitary point in the 2018-19 season before the Reds ended a 30-year wait for a top-flight title in the following campaign.

City, though, are now favourites to claim back-to-back league titles and Klopp is well aware that they will be given few chances to reel in a side he once again referred to as “the best” in the world.

But he believes possessing an impregnable defence will be key over the forthcoming months for a Liverpool side that have conceded only 15 times in 18 games.

“The consistency the boys show is incredible but that’s the only chance you have in a league with probably the best team in the world, it is really tricky to be ahead of them,” Klopp said. 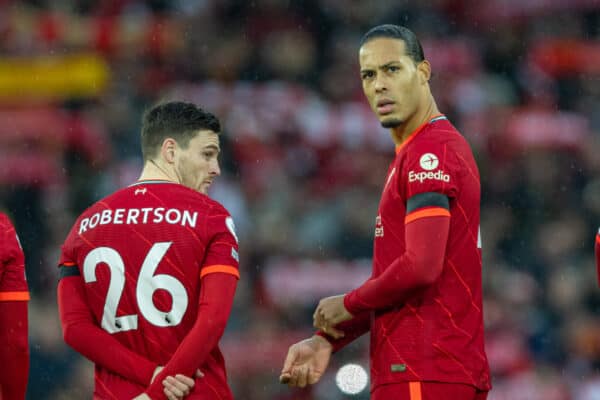 “So far at least we are not completely out of reach, it’s not at the absolute no chance anymore but of course, you know City will not drop a lot of points so you better not drop points yourself.

“Do we have to do better? No. First of all, what we have to do on the absolute top level is defending, that’s what gives you the chance for consistency.

“On top of that, I really think we improved a lot football-wise, we played some really good stuff, we are more difficult to defend against than maybe we were in the past. We are taking some good steps.

“Will that be enough? I have no idea but without at least being as consistent as we have been, we have no chance and if we really want to go for the big one we will have to be even more consistent. We will give it a try.”

Klopp – speaking to preview Tuesday night’s visit to Leicester, where Virgil van Dijk, Fabinho, Thiago Alcantara and Curtis Jones are available again – thinks keeping the nucleus of the side together has helped them prosper both domestically and abroad.

“I hope I don’t eat my words but we are more stable than we were in the past but we have to stay like this, that’s the minimum,” Klopp added.

“We have to play flexible football, direct football, creative football, we have to defend rock-solid and to force things as well in games like in the last minute or second or other moments.

“The things we don’t do right we have to learn from and that’s what this group always did. It gives some reason for being optimistic but opponents are incredibly strong and even when they are not flying, they win the games.”