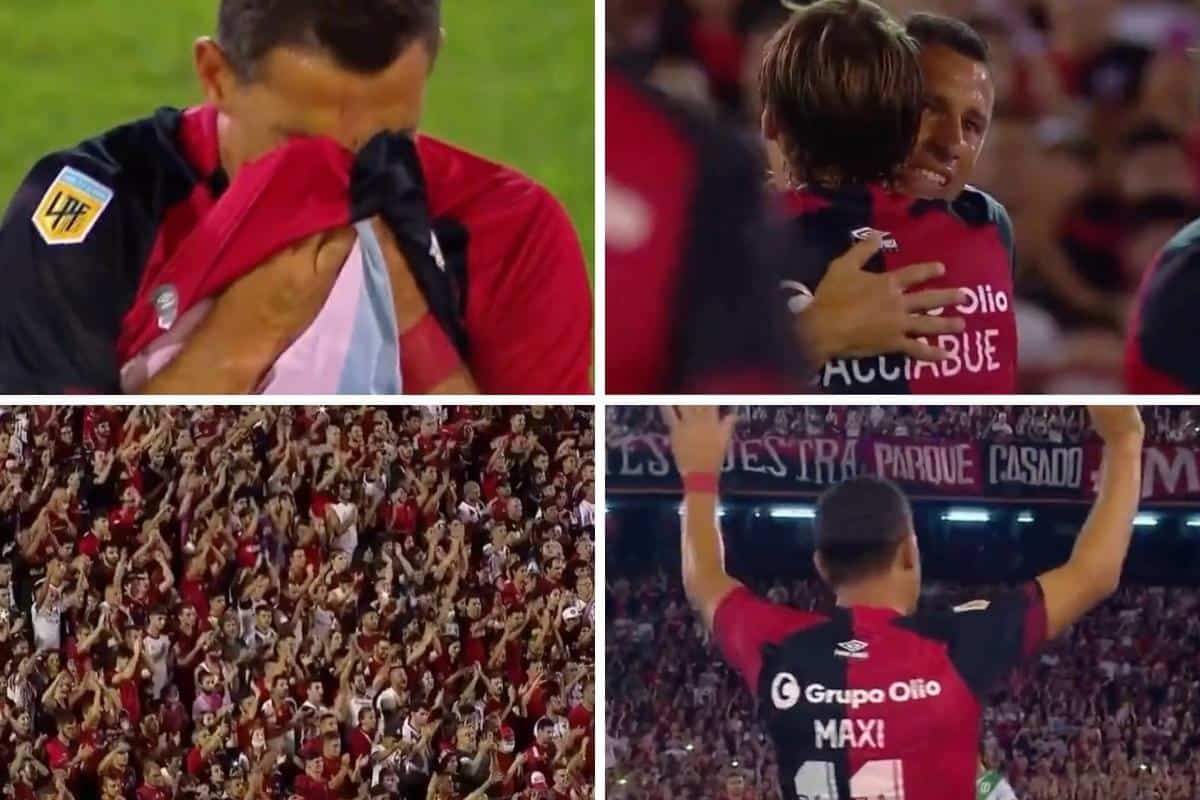 Ex-Liverpool forward and Argentine legend Maxi Rodriguez played the final game of his career this week, with the retiring 40-year-old receiving the perfect sendoff.

Last month, Rodriguez announced his plan to retire from football upon the conclusion of the current campaign with Newell’s Old Boys, the club where he spent 10 years of a 22-year senior career.

Having come through the youth ranks with the Rosario club, he eventually left for Espanyol in 2002 before spells with Atletico Madrid and then Liverpool, with whom he played for two-and-a-half seasons.

While Rodriguez’s time on Merseyside was relatively brief, he is fondly remembered by those at the club and among supporters, having been one of the bright lights in a dismal period for the Reds. 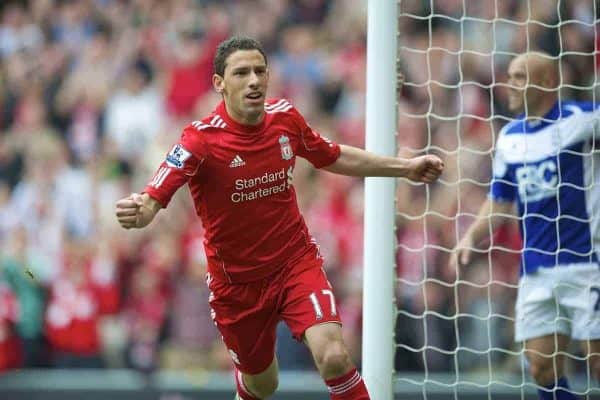 In 73 appearances for Liverpool, Rodriguez scored 17 goals, including two hat-tricks in a fortnight against Birmingham and Fulham in 2011.

‘Maxi, Maxi Rodriguez, runs down the wing for me’, become a popular chant, but on Tuesday, his name was sung to a different tune as he played the final game of his career.

At club level, it was his 612th appearance, and his 223rd for Newell’s, captaining his boyhood side in a 0-0 draw with Banfield that saw him brought off in the 11th minute of the second half – a nod to the shirt number he wore for much of his career.

Replaced by Nazareno Funez, a tearful Rodriguez received a standing ovation from all corners of the Estadio Marcelo Bielsa, including players and staff from both Newell’s and Banfield.

As he retires, Rodriguez was paid tribute to by a number of his former team-mates, including both Lionel Messi and Sergio Aguero.

What better way to celebrate Maxi Rodríguez farewell than with a special message from @LFC captain, @JHenderson. #GraciasMR11 ???? pic.twitter.com/8FOmwTR0cu

Liverpool captain Jordan Henderson, who played alongside the forward on 16 occasions, delivered a video message telling him: “It was a pleasure to play with you.”

“So I just wanted to send you a quick message to say congratulations on an amazing career.

“It was a pleasure to work with you and play with you when you were at Liverpool, and I wish you all the best in the future.

All the best in your retirement, Maxi!