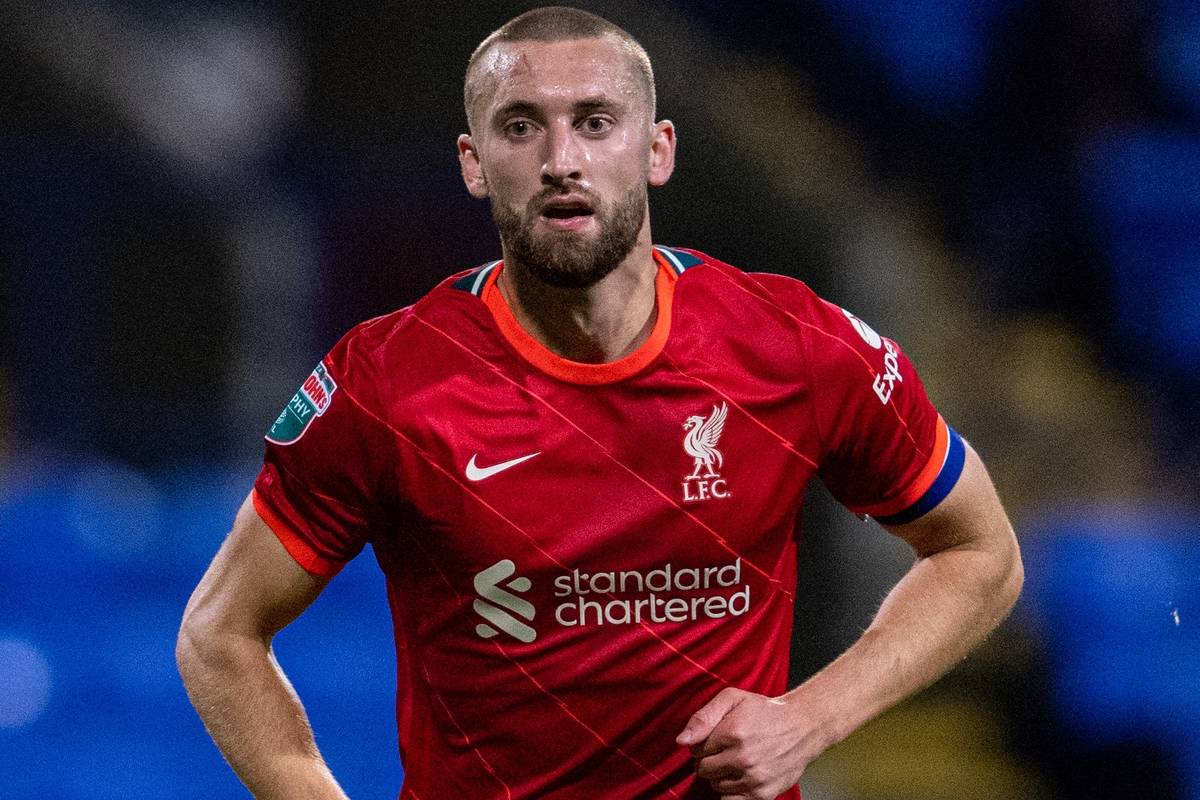 Nat Phillips wants more first-team football and believes his performance against AC Milan in the San Siro showcased what he can do when called upon.

Last season, in the midst of a centre-back crisis, the 24-year-old found himself a key player, making 20 appearances, the majority from the end of January, as he helped Jurgen Klopp’s injury-hit side qualify for the Champions League against expectations.

With a fully-fit back line this season, Phillips has made only three appearances, with his impressive display in the 2-1 win over Milan his first start.

Last week Klopp heaped praise on his fifth-choice centre-back, admitting the Reds “cannot keep him forever” and Phillips is already being linked with January moves to Newcastle and West Ham.

Barring another injury in central defence Phillips will most likely be allowed to leave, but for now the player is concentrating on being ready when called upon, even though his options over the next month appear as limited as ever.

“Obviously I want to be playing as much as possible, but the competition is really difficult, so I’ve got to be ready when I’m called upon,” he told LiverpoolFC.com.

“I felt like I stood myself in good stead [against Milan]. It was tough towards the end.

“It was tough against Ibrahimovic, someone who has been at the top throughout most of his career, so it was a really tough battle and I enjoyed every minute of it.

“I did get a bit fatigued – that’s going to happen when you play your first 90 minutes in a long time – but I felt overall I can be proud of my performance.

“And it just shows that the work that I have been putting in during training pays off.

“I feel like I’ve been seeing those developments over the last few seasons.” 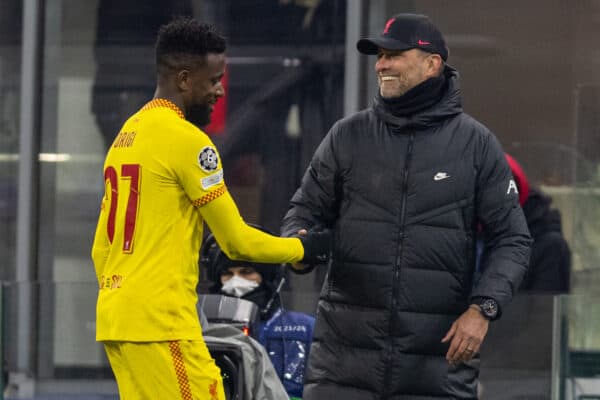 Striker Divock Origi, who on a rare start scored the winning goal as Liverpool became the first English club to win all six Champions League group matches, has also been existing on limited playing time.

However, his ability to make an impact off the bench and the impending loss of Mohamed Salah and Sadio Mane to the African Nations Cup in January, means there is no chance of his departure in January.

The Belgium international is out of contract in the summer and, while it seems unlikely the forward, who turns 27 in April, will extend his stay, he too wants to make the most of the chances he gets.

“I would say I tried to play my game as much as possible and enjoy [it],” said Origi, who scored an important late Premier League winner at Wolves on Saturday.

“Being on the pitch for me is an honour, it’s a joy. It’s something I love so much.

“Being able to express yourself on the highest level in the Champions League is what you work so hard for. Being able to score and help the team, it’s a very nice feeling.

“In football it’s all about again and again giving everything. The results come by doing the right things at the right time in the right moment. Being in the moment.”