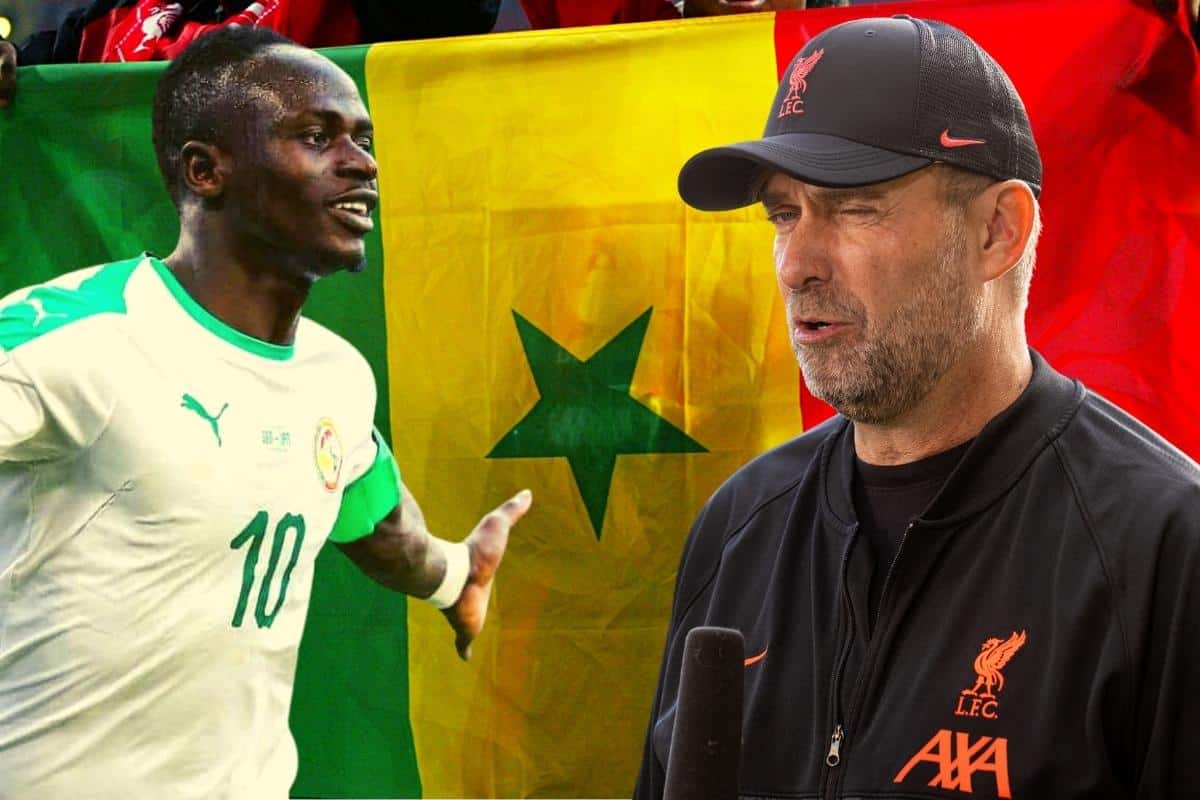 The furore over Jurgen Klopp‘s ironic quip over the Africa Cup of Nations being a “little tournament” continues, though the latest headlines are not to be believed.

Incredibly, the truth still appears to have been conveniently set aside when it comes to claims the Liverpool manager disrespected the continent of Africa.

Following his joke that the Reds’ campaign will be disrupted by a “little tournament in Africa,” Klopp was confronted by an African journalist who missed the point completely and demanded he apologise.

Klopp explained that, even though he is not a native English speaker himself, the comments were ironic, which was clear to almost everyone watching on.

Now, falsified quotes attributed to Senegal manager Aliou Cisse have unsurprisingly made it into English publications, whose writers appear either not trained enough or not given enough time to separate truth from fiction.

The Mail and the Express are among those to carry ‘quotes’ from Cisse asking “who does he think he is?”

“I respect Liverpool, but not Klopp, who undermines African football events. He is where he is today because of African footballers,” Cisse is claimed to have told itv Senegal.

“He was losing every final until Salah, Mane, Matip came to his rescue to win his first-ever major European final.”

These quotes initially surfaced on various Liverpool accounts on social media earlier in the week, but This Is Anfield had previously opted not to address them as they were quite obviously ‘fake news’. 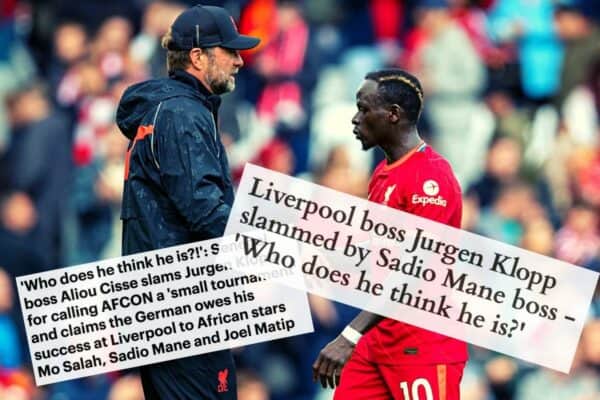 But now the likes of the Mail and the Express have picked them up and the reputations of both Cisse and Klopp will enter the discussion, it seems only right to set things straight.

Cisse did not question Klopp’s integrity, nor did he ‘blast’ or ‘slam’ him for having “the guts to call AFCON a ‘small tournament’.”

Roughly translated, Cisse in fact told itv Senegal: “I can’t answer what Jurgen Klopp says because I don’t know in what context he’s saying it.

“I don’t know why he said it, [or] what the journalist’s question was.”

That makes considerably more sense than the manager of a national team attacking the manager of one of the biggest clubs in the world over an obvious misunderstanding.

However, while Cisse was diplomatic in his approach to Klopp’s words, he did point out that: “Klopp says out loud what a lot of coaches in Europe are whispering.”

There is clearly a sense that African football, and the AFCON, is still not held to the same regard as major competitions in Europe, but it is obvious that this is not what Klopp intended.

Don’t believe everything you read – particularly if it appears in a low-rent Sunday tabloid.